3 biking rules to keep everyone on the road safe

Bike safely and don’t forget to enjoy the ride. 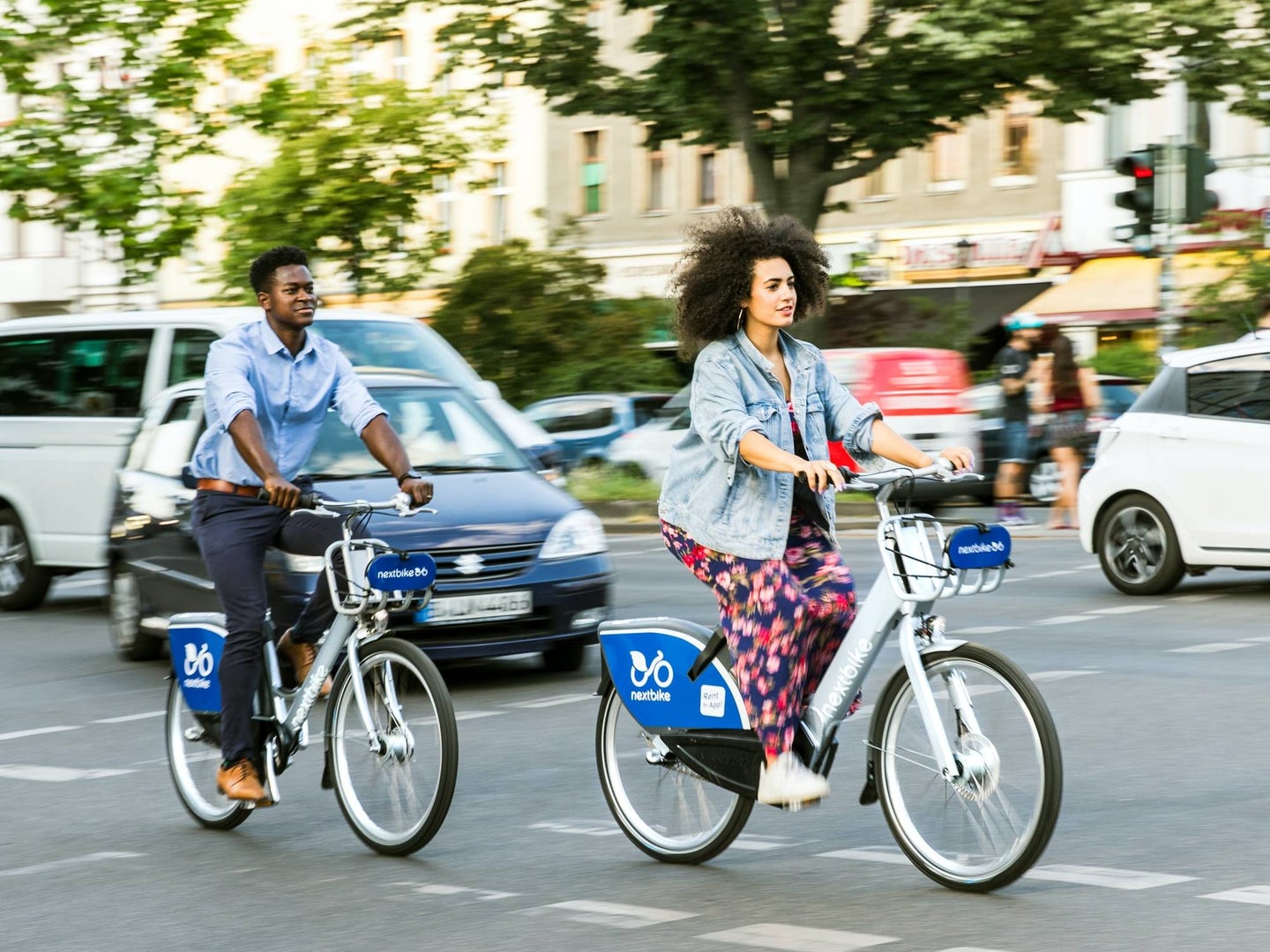 They should be wearing helmets, but at least they're in their bike lane. nextbike / Unsplash
SHARE

There’s nothing quite like hopping on a bicycle to make you feel like a kid again. But cycling on the road, alongside giant hunks of steel and glass moving at multiple times your speed, has the potential to make even seasoned cyclists anxious. Not to mention the scads of new cyclists that have hit the streets since the pandemic began.

Fortunately, there are simple ways to protect yourself and prevent dangerous interactions with other vehicles on the road when you mount your pedal-powered steed.

No one likes to hear bad news in the shape of statistics. But the truth is that it’s not uncommon for regular riders to know someone who’s been in a crash involving a vehicle. In fact, an average of two percent of crashes each year involve bicycles. In 2019, that resulted in 843 dead cyclists.

[Related: Protected bike lanes make the roads safer—even if you’re in a car]

According to data from the US Department of Transportation, most of those accidents involved men and occurred in the evening between 6:00 p.m. to 9:00 p.m., which coincides with peak traffic hours and lower visibility. Women are still a minority among cyclists and studies show that they tend to stress safety and seek out dedicated bike lanes more often than their male counterparts. This is likely what prevents them from injury to life and limb.

Although things may be slightly improving as of late, long-term stats show a more dire picture: deaths among cyclists 20 years and older have tripled since 1975. This is an alarming increase, but it may also be explained in part by the higher number of people riding bikes on the road these days.

With that bump in statistics the importance of riding safely is tantamount, especially among new cyclists or those who haven’t dusted off their wheels in a while.

Adhere to the rules of the road

First things first: bicycles are vehicles, so they belong on the street, not the sidewalk. This requires riders to follow the same rules of the road as motor vehicles no matter where in the US they are. Yes, that means coming to a halt at stop signs and red lights, signaling turns, and riding on the right side of the road with the flow of traffic. Different states have different laws when it comes to cycling, so you should get familiar with the specific rules of yours.

Your bike must also be outfitted with lights if you plan to ride in the dark, at dawn or dusk. The classic setup requires a white light in front and a red light in back. But if you want to go beyond the law and increase your visibility (and safety) in low-light conditions, add more battery-powered or rechargeable lights or reflective strips to your bike frame or wheels and don reflective clothing or backpacks.

As for alcohol, the same rules apply as if you were driving: don’t drink and ride. For starters, it’s illegal in several states, but even if laws don’t specifically prohibit riding under the influence, it can be deadly—21 percent of cyclists 16 and older who were killed in 2019 had blood alcohol concentrations at or above 0.08 percent. So if you’re impaired, call a cab.

The number one way to protect yourself when road cycling is to wear a helmet. In 2019, out of 843 cyclists killed by motor vehicles, 127 were wearing a helmet, while 520 were not. This means people who wear a helmet when riding their bikes are much less likely to succumb to fatal injuries than those who don’t. In some states, helmets are even required by law for children under 18, so check the rules in your state before you ride.

Riding predictably is also important to avoid accidents, as unpredictable cyclists make drivers nervous. This means staying in your lane, not swerving in and out of traffic, and signaling your intentions with the appropriate hand signals, says Doogie Roux, Houston- and Tulsa-based micromobility consultant and cyclist.

It doesn’t hurt to be overly cautious when riding on the road. Assuming drivers don’t see you in high-traffic and high-tension areas while being constantly aware of your surroundings is a great idea. Making yourself as visible as possible—through lights, clothing, and even movement—also helps.

Roux adds that you should always remain on high alert while riding: “Look ahead. A lot can be avoided by seeing hazards and situations before getting to them. Notice them early, be proactive, stay safe.”

Almost as important as avoiding close calls with moving vehicles is avoiding close calls with parked ones. Referred to as getting “doored,” many cyclists have experienced the panic of a driver in a parked car swinging their door open into the road or a bike lane without checking to see if there’s a cyclist present. This usually results in knocked-off cyclists, or violent (and dangerous) swerving into traffic. If you can, ride a few feet away from parallel parked cars, and always make sure to check windows and mirrors to see if there’s someone in the car who might cause a problem.

Cars stopped or slowing can be just as dangerous and unpredictable. In fact, 35 percent of accidents occur at intersections. There have been accidents or close calls when impatient and seemingly static motorists have swiftly swerved into a biking lane to get ahead of traffic, narrowly missing or downright hitting a biker. So even if you’re riding on your designated lane, never assume just because traffic is stopped or crawling you can relax.

Even if you know and abide by the rules and safety guidelines, it’s natural to still feel reticent about zipping around on city streets. This is why Roux recommends easing your anxiety by taking it slow: “Take small steps and work your way up. Along with that, ride with others for comfort and to build confidence.”

Make motorists see you as human. Ride confidently and look drivers in the eyes if you can, especially at intersections—after all, you have as much right to be on the road as they do.

[Related: 7 mistakes beginner cyclists make, and how to avoid them]

If you’re starting to feel unsafe with whatever’s around you, it’s also OK to pull over and let a moment pass. Once you feel better or when you get to your destination, think about what made you feel unsafe and how you can avoid that in the future.

For me, that’s finding alternate routes around any stretch of major roads with fast-moving cars and no bike lanes. For you, it might be using apps like Strava (available for iOS and Android) or Bikemap (available for iOS and Android), learning where you can find protected bike lanes or paths, joining social rides until you feel comfortable on your own, or hopping on the sidewalk for a short stretch. Do what feels right for you.

And drivers—share the road. Give cyclists at least three feet of space between their handlebars and your mirror. Better yet, get into another lane if you can.