All the big announcements from Apple’s iPhone 12 launch event

Follow along for coverage and commentary during Apple’s fall product announcement event. 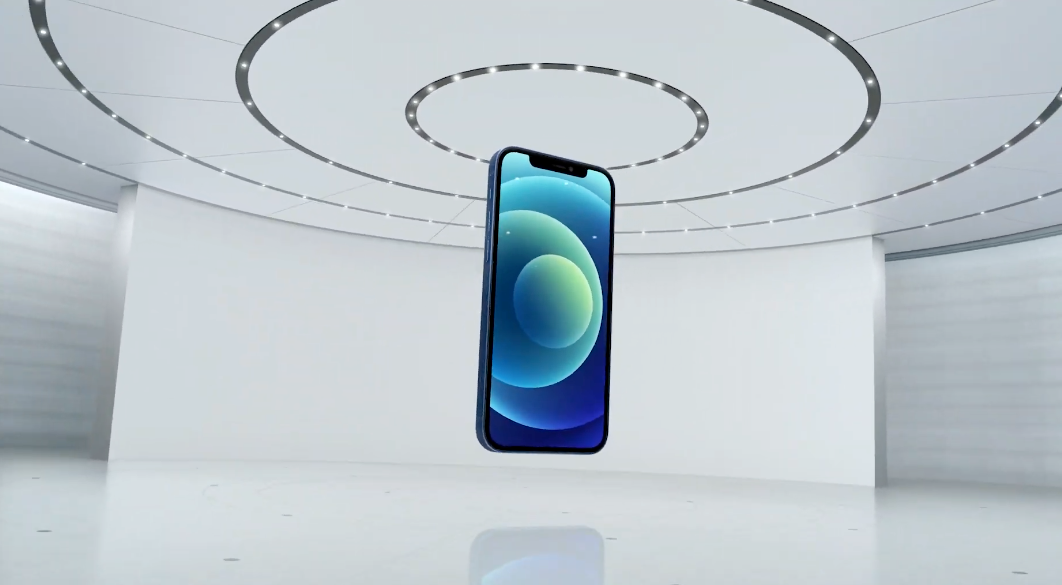 We’ve finally reached Apple’s annual Autumn tradition. It’s time for new iPhones. We already have some idea about what’s coming from the endless rumors, but now we’ll get the info straight from the source.

The headliner will likely be the iPhone 12 with its new 5G compatibility, but this is one of Apple’s biggest events of the year, so I wouldn’t be surprised to see a few more announcements on the hardware front. So, watch the live stream embedded below and follow along for coverage and commentary.

We’re starting with a product for the home. Tim Cook just said the word “HomePod” for the first time in a while during one of these presentations.

The HomePod hasn’t gotten much love in the years since its announcement, but now it’s getting a little sibling. The HomePod Mini is wrapped in fabric and has a single driver inside as well as two passive radiators and a sound guide. Apple is using the S5 chip inside for what it calls “Computational Audio,” which analyzes what you’re listening to and makes adjustments up to 180 times per second.

It does whole-home audio and if you have two in the same room, they will automatically form a stereo pair. In the coming months, Apple is introducing a new hand-off tech for the iPhone. It will detect when your device is near and give you haptic effects and show you information about what’s playing.

HomePod Mini can now access apps on your phone, in hopes that it will pick up some support as a smart home control device. It can tell the difference between voices for your family members so everyone can ask for their own updates.

Intercom allows users to send speaker-to-speaker messages or broadcast announcements throughout the house. It also works with iPhone and even CarPlay. Amazon has been doing this for a while with Alexa, but it doesn’t translate to other devices like the Apple Watch.

HomePod Mini is just $99, which puts it at the same price as Google’s Nest Audio.

“Today is the beginning of a new era for iPhone,” says Tim Cook. Apple is officially bringing 5G to the iPhone. Cook is giving the very top-level overview of what 5G is—or at least what it hopes to be since the current actual 5G rollout isn’t that impressive.

Cook is talking about Apple’s work with the carrier partners. Hans Vestberg, Chairman and CEO of Verizon is on-stage now. “5G just got real,” he says.

Verizon says it’s rolling out mmWave 5G to stadiums, museums, and other landmarks. mmWave works much better in outdoor environments and other places without lots of walls, to it makes sense to talk about it on this scale.

Verizon says it’s “doubling down” on its 5G network to 60 cities by year-end on its fastest network. Verizon is also turning on its nation-wide 5G to 1,800 cities. We still haven’t seen the iPhone 12 yet.

The flat, aluminum edges were the correct rumor. iPhone 12 has a 6.1-inch display, but the device itself is smaller than the iPhone 11.

The display is now brighter and has double the number of pixels for a higher-resolution screen. It’s still an OLED.

Apple is using a Corning product called Ceramic Shield to protect its screen. Apple says its “tougher than any smartphone glass.” It’s 4x better at surviving a fall. I’m very curious about this as a person who drops his phone at least five times per day.

Apple is back to talk about 5G. The company says that it has optimized the device as well as its software in order to take advantage of 5G. The iPhone 12 will realize when 5G isn’t an advantage and it will switch back to LTE in order to save battery. That will likely be a lot of the time in the early days of its rollout.

Predictably, Apple is moving up to its A14 Bionic processor. The company says it’s the fastest smartphone chip yet. A14 Bionic is built on 5 nm processor technology, which means smaller transistors. There are 11.8 billion transistors on the chip, so it’s a good thing you’re not paying per transistor. The iPhone 12 also has a new 4-core GPU.

Apple says both the processor and the GPU are the fastest in any smartphone on the market. The Neural Engine can perform 11 trillion functions per second.

The iPhone is getting MagSafe on the back of the device now. So, you can have magnetic wireless chargers, and even cases that attach via magnet.

The coil allows the iPhone to realize when devices are attached. There’s also a new Duo charger that will power both the iPhone and the Apple Watch at once. It’s like AirPower—almost.

Apple says there are two billion iPhone charging adapters in the world so they’re removing them—as well as headphones—from the box. The box is much smaller now, too, so they can ship more efficiently.

If you want a smaller device, you can now go to the Mini. It’s the “smallest, thinnest, and lightest 5G phone in the world.” It still has a 5.4-inch screen, but it’s smaller than the original iPhone 8.

The Mini starts at $699 while the iPhone 12 starts at $799, so there’s a price jump in the standard edition. You’re paying for 5G whether you’ll be using it or not.

Like the Apple Watch, the higher-end iPhone uses a stainless steel frame instead of aluminum. It has MagSafe and an increased IP toughness rating. The Pro Max now goes up to 6.7 inches while the 12 Pro checks in at 6.1 inches.

The Pro puts a specific focus on photography features. It uses Deep Fusion, which requires all the parts of the A14 Bionic chip. Deep Fusion is now on all four cameras, which is impressive since it was only the main camera before.

The Pro camera array still has three individual modules. It has a super-wide, the main wide-angle, and the telephoto. The Pro Max takes things one step beyond. The portrait mode is not a 65mm instead of a 52mm.

The main camera has a new sensor that’s 47-percent larger than the other iPhone cameras. The optical image stabilization system now shifts the sensor instead of relying entirely on IS in the lens.

Apple Pro Raw will now allow shooters to capture raw images while still allowing access to the computational photography tech. You get access to all the data captured and rendered by the sensor. Apple is creating an API for other companies to allow Pro Raw compatibility.

For video, you can now record in 10-bit HDR with 700 million colors. It records in Dolby Vision HDR—every single frame goes through the iPhone’s image signal processor, even at 4K 60p. That’s a lot of image processing.

You can edit in Dolby Vision right through the photos app. This looks like a big jump in camera tech.

iPhone 12 Pro is getting its own Lidar sensor to built depth maps of scenes. It works to augment AR and VR, as well as helping the camera focus in the dark.

The LiDAR chip really does feel like a pro feature. Apple’s demo involves a company using LiDAR to create mockups in AR instead of building prototypes out of cardboard.

The iPhone 12 Pro starts at $999 and the Pro Max starts at $1,099. Personally, I’m looking forward to trying the new camera tech on the 12 Pro Max. Look for reviews once they’re available.