5 Things You Need To Know About The New BlackBerry

BlackBerry has completely reinvented itself with a brand-new operating system and two killer-looking new phones. Here's what you need to know about them. 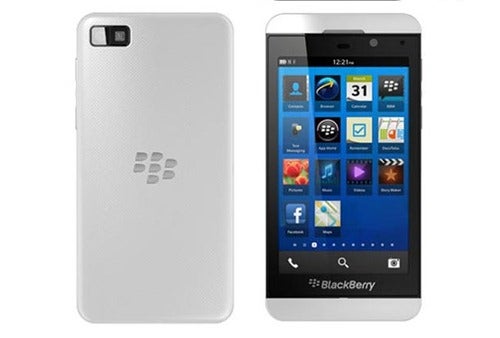 There’s a big BlackBerry event going on this morning–maybe the biggest BlackBerry event ever–and it’s the company’s last-ditch effort to keep from being plowed over in the smartphone game by Apple, Google, and Microsoft. Here’s what you need to know.

1. BlackBerry is now called BlackBerry. The company used to be called Research in Motion, or RIM, which most people did not know and was confusing. Now it’s BlackBerry.

2. There are two new phones, running one new operating system. The operating system is called BlackBerry 10, and it’s completely new–has basically nothing in common with any old BlackBerry system besides a few features (BBM is still around). The first phone, probably the flagship, is the Z10, an all-touchscreen device with a 4.2-inch, very high-resolution screen (at 356 pixels-per-inch, it should have the clarity of the iPhone or any high-end Android phone), a dual-core processor, and all the sensors you’d expect. It’ll have 16GB of storage built-in, though you can expand that with a microSD card, and it’ll be available on all of the four major networks (Verizon, AT&T, Sprint, and T-Mobile) for $199. Interestingly, it has only one button, a power/hold trigger on the top of the phone–you navigate with taps and gestures rather than buttons.

The other phone is the Q10, which looks more like a typical BlackBerry–meaning, it has a hardware keyboard. We don’t know much about it, really; we know it also has a dual-core processor, that the screen is a 3.1-inch AMOLED (which should give it nice vivid colors), that the keyboard is the widest BlackBerry keyboard ever, that the battery is the biggest BlackBerry battery ever, and that it has 4G. That’s about it! 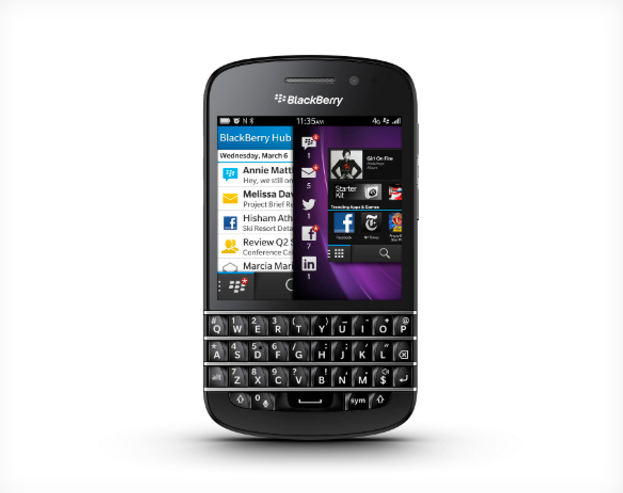 3. BlackBerry 10 is completely new, making BlackBerry the latest in a long line of historically strong companies to completely toss out their smartphone platform in order to compete with iOS and Android (see: Palm, Microsoft). And it looks pretty nice! It has a few key ideas that inform the way you use the phones. The first is gestures. There’s no home button at all: you swipe up from the bottom to access your “home screen,” such as it is. That’ll give you access to your eight most recently used apps, your favorite apps, and a list of all apps.

4. TimeShift is this new camera thing BlackBerry is very excited about. It’s basically a burst mode: instead of taking one picture, the camera will take a whole bunch of pictures, and then you can pick which frame is the best/most flattering shot. Samsung has about 16 different apps that do variations of this, but the interface (a little ring that you scroll around) seems nice.

5. It has lots of apps! BlackBerry says it’ll have 70,000 at launch, but the dirty secret about big numbers like that is that 99.9% of all apps are garbage that nobody uses. That said, BlackBerry does have some key ones lined up: Facebook, Twitter, Angry Birds, Rdio, Foursquare, LinkedIn, Evernote, that kind of thing. But it doesn’t have Instagram or Snapchat or Vine, and its game selection will probably be limited.

So, we’re optimistic about BlackBerry 10, because any competition is good competition, and first reactions to the Z10 seem very positive. We’ll hopefully get a review unit soon so we can really dive into the hardware and software and see how it is to use on a daily basis.