5 Things You Need To Know About The Microsoft Surface

The first crop of reviews of Microsoft's Surface--bar none, the most interesting and exciting gadget of the season--are out, and they're...mixed. Here's what we gleaned. 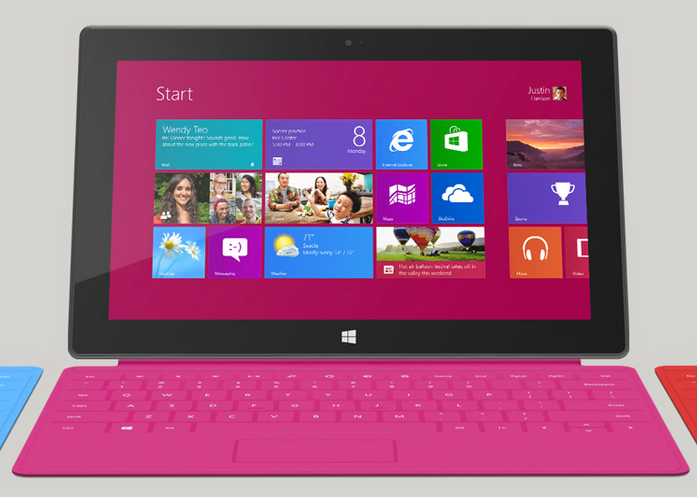 Windows 8 is two OSes in one. The Surface has two models with two different versions of that OS. This is confusing! So here’s the breakdown.

“Windows 8” is the next version of Windows. It’ll be everywhere, just like Windows 7 is everywhere. In it are two distinct interfaces–you can think of one as Tablet Mode and one as Laptop Mode. Laptop Mode is Windows like you all know it. It’s slightly updated in the usual ways–a bit prettier, a bit easier to use, a slight shuffling of options and controls–but it is emphatically the Windows we’ve been using for a decade or so. The other interface, Tablet Mode, is made for touch, and was previously known as Metro, then it was known as Modern UI, and now, infuriatingly, Microsoft is just calling it Windows 8. This is going to be confusing as all hell for Microsoft to explain to customers! Here’s what Tablet Mode looks like on a desktop: 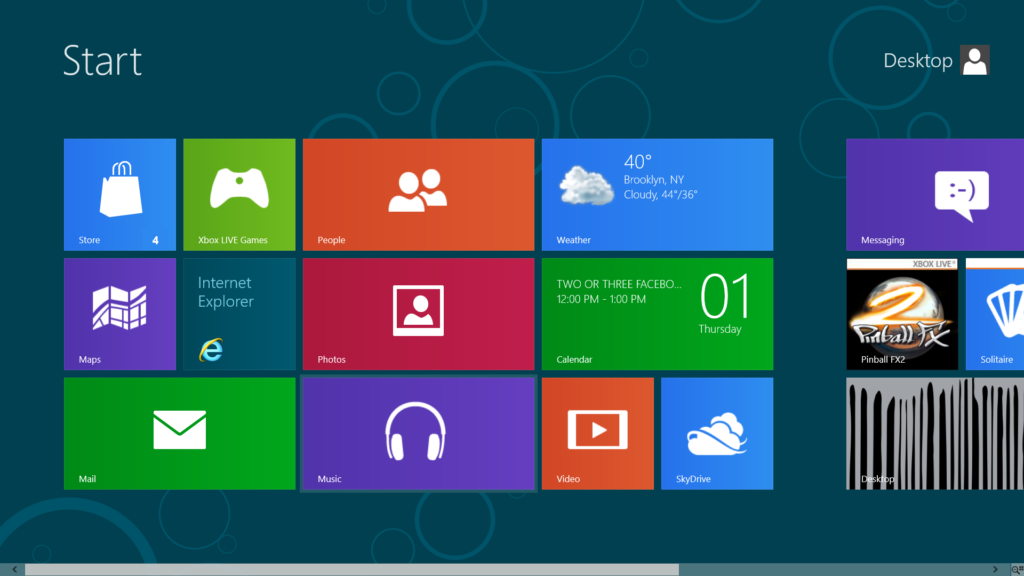 There’s a mix of Metro apps (the brightly-colored ones like Photos, Store, and Weather) and regular Windows programs (like Internet Explorer) in this new Start screen.

If you’ve used an Xbox or a Windows Phone lately, Tablet Mode will be familiar–it’s a bunch of colorful squares with information and pictures and stuff on ’em. If you haven’t used an Xbox or Windows Phone lately, this will be wildly _un_familiar. It doesn’t look like any kind of Windows that’s ever graced a computer before. On touch devices like the Surface (and Microsoft is pushing touch devices very hard; this is what you’ll see advertised pretty much everywhere), Tablet Mode is what you’ll see. On some of those devices, regular old Laptop Mode will be lurking beneath it, and Tablet Mode will function a bit like a very fancy Start menu. (Actually, you hit the Start button to switch between Tablet Mode and Laptop Mode.) These two disparate OSes use totally different software; Tablet Mode uses apps, like an iPad, and Laptop Mode uses, well, regular Windows programs, in the regular way.

The Microsoft Surface RT, which is what everyone’s talking about this week, competes with the iPad. It is not a laptop. It does not have regular Windows. So, unless WinAmp releases a Tablet Mode app, you will not be using WinAmp. Oddly, the Surface RT has, like, a trick version of Laptop Mode. It looks like Windows but only has five programs–mostly Office-related and also Internet Explorer–and you can’t use new ones, though there is Windows Explorer (the file browser). This is weird and misleading and confusing, yes.

The Microsoft Surface Pro, which nobody has used because it hasn’t been released and in fact, Microsoft hasn’t even given us a firm release date yet, does compete with laptops. It’ll have the full Laptop Mode in addition to Tablet Mode, so you can use WinAmp just fine. It’ll also be more expensive.

2. Try the Keyboard Before Buying

Microsoft has made a huge deal out of the Touch Cover, a super-thin soft cover with pressure-sensitive keys that Microsoft is counting on to make the Surface RT more capable than other tablets. Early response has been mixed; Peter Bright at Ars Technica says “the damn things work, and work well,” but notes that there is a distinct learning curve. Sam Biddle at Gizmodo says “the buttons are pressure activated, barely buttons at all, and spaced in such a way that typos are inevitable and constant,” and calls it a “letdown.” Josh Topolsky at The Verge says it “works reasonably well” but “wasn’t a completely pain-free experience.” Tim Stevens at Engadget, on the other hand, actually managed to write his review on the Touch Cover, and loved the spacing and layout. So, find yourself a Microsoft Store–they exist!–and try it out. Because the thing costs $100 when bundled with the Surface and $120 to buy it separately. Not cheap.

It’s a tablet with a detachable keyboard, so it won’t sit upright in your lap or on your stomach like a normal laptop. You can discard the keyboard and use it like an iPad, but if you want a laptop experience, you’d better find yourself a table. This is one of those little things that may turn out to be a big thing in the regular lives of owners. 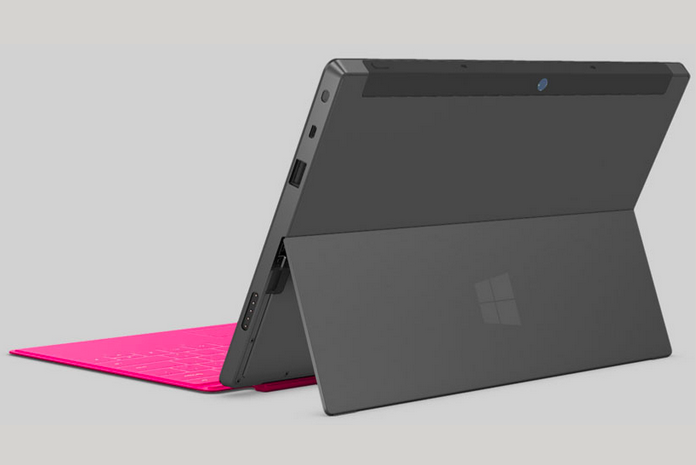 The Surface does have a hyper-designed kickstand–Microsoft has talked about the kickstand almost as much as, like, Windows 8 itself–but it’s not adjustable, to the chagrin of The Verge’s Josh Topolsky, who found it “usually too upright in most scenarios I tried it in, but not unusable by any means.” But a kickstand is no good for a lap!

4. There Are Few Apps

Yes, it’s Windows, but the Surface RT cannot, remember, run regular Laptop Mode programs. So Microsoft’s starting from scratch and building a completely new app ecosystem, which is, like, really hard. Remember that it took Google years to build out Android’s ecosystem, and, worryingly, that Microsoft has had a lot of trouble getting Windows Phone’s app selection strong enough to compete with Android or iOS. Gizmodo’s Sam Biddle says the “‘ecosystem’ feels more like a tundra. There’s no Twitter or Facebook app, and the most popular 3rd party client breaks often. The Kindle app is completely unusable. There’s no image editing software.” Eep!

Some folks are saying that, well, this is Windows, after all, so people will definitely rush to develop apps for it, because everyone uses Windows. Those folks are wrong, because this isn’t Windows_–it’s “Windows.” Laptop Mode and Tablet Mode are not two versions of the same thing; they’re two completely different operating systems. Tablet Mode, the one that’s launching tomorrow, is brand new and so far, it is completely unproven as a standalone operating system. I’m not saying it _won’t catch on, but I will say that it’s definitely not a given that this’ll catch on as fast as it needs to.

This is a bigger deal than most people think. The iPad and the most Android tablets are stuck with super awkward ways to get non-cloud data onto them–expensive dongles and weird importing software and things like that. The Surface has an honest-to-god USB port in it. It’ll charge your phone! And you can import documents and videos and photos and music with a hard drive or USB flash drive! Just like a computer! It’s weird to get excited about this, since tablets mostly exist in the cloud and are better for it, but it’s a small thing that makes the Surface RT behave more like a laptop (even though, you know, it’s not).