It's one souvenir you really don't want to bring home 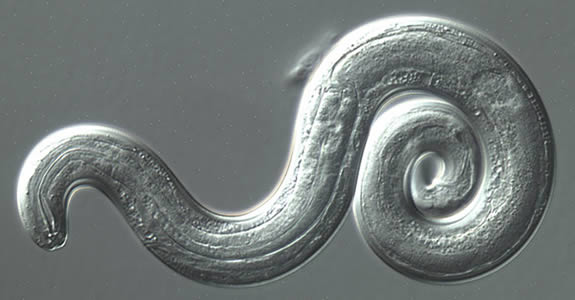 You may have read a thing or two lately about the oh-so-grossly-named rat lungworm. The Centers for Disease Control and Prevention recently confirmed three new cases in Hawaii since December 2018. The brain parasite isn’t new, but only became routine in the United States in recent years.

Angiostrongylus cantonensis favors tropical climes, and used to crop up only in Asia and some parts of the Caribbean. But after seeing just a pair of cases in the preceding decade, Hawaii reported nine cases in just three months back in spring of 2017—six on Maui and three on the Big Island. The three newly-reported cases bring Hawaii’s 2018 count to 10 confirmed rat lungworm infections. 2019 has had five reported cases so far. All three of the newly described patients were vacationers from the mainland, so travelers might have cause for concern. But the continental U.S. should not be complacent: the infection now shows up with some regularity in California and along the Gulf Coast, and has even been spotted in Oklahoma. International travel and trade has aided the parasite’s spread, and some researchers worry climate change will further increase its global reach.

So whether you’re headed off to a dream vacation in Hawaii or nervously eyeing the news from your couch in Alabama, here’s everything you need to know about these gnarly brain invaders.

Angiostrongylus cantonensis, known as the rat lungworm, is spread primarily by rats. The adult form of the parasite—a roundworm that can grow to around 2 cm long—only takes up permanent residence inside rodent pulmonary arteries.

But it can still infect humans. And when it does, it goes for the brain. Here’s how: so-called intermediary hosts ingest the parasite’s tiny larvae when they eat infected rodent poop. Slugs and snails are the classic intermediary hosts in this instance, but other animals (including freshwater shrimp, land crabs, and frogs) can fill this role as well. The parasites don’t fully mature into adults until they end up inside a snail- or shrimp-guzzling rat, but these teenage worms can unwittingly find human hosts instead. Eating an infected intermediary host in its entirety is the most straightforward way to get some parasites of your own, but that doesn’t mean you’re safe if you don’t eat snails.

What does it do to humans?

Once larvae enter the human bloodstream, they head to the central nervous system.

According to the Centers for Disease Control and Prevention, infection with rat lungworm is usually not something that requires treatment. The parasites will die off on their own within a year or so, because humans are a dead-end host—we can’t support their development to sexual maturity, and we can’t pass them along to another animals. The question is how your immune system will react to that process.

In some cases, the parasite’s presence around the brain can cause eosinophilic meningitis. Basically, an uptick in the number of a certain kind of white blood cell—your body’s totally understandable reaction to a freakin’ worm rummaging around in your skull—causes severe inflammation of the membrane that covers the brain and spinal cord. The symptoms include headache, stiff neck, tingling or painful feelings in the skin, low-grade fever, nausea, and vomiting, and these are signs that you should seek medical treatment immediately. There’s no cure for the parasite itself, but doctors can manage your symptoms until your body’s gotten rid of the bugs for good. Unfortunately, this waiting period can sometimes be quite unpleasant.

“If you could imagine, it’s like having a slow-moving bullet go through your brain and there’s no rhyme or reason why it’s going to hang out in this part of the brain or that part of the brain,” Hawaii’s state epidemiologist Dr. Sarah Park told the Associated Press. Descriptions of symptoms from patients with the worst of it are, to put it simply, terrifying. And while most people who get eosinophilic meningitis will be fine, severe meningitis can be fatal or cause permanent damage.

In other words, infection with rat lungworm is generally not a big deal, but it can be pretty nasty if you get unlucky.

How can I avoid it?

Good news: no matter where you live, you’re not going to pick up Angiostrongylus cantonensis by walking around barefoot or smooching someone who’s riddled with brain worms. It’s easy to get infected accidentally, but only if you don’t take some very simple precautions.

Humans get infected by swallowing bits of animals that carry the parasite larvae—just like rats do! So don’t eat undercooked or raw snails, slugs, land crabs, shrimp, or frogs. In fact, crazy idea here, maybe skip the escargot entirely if you’re in an area with recently reported infections. And keep an eye on any babies or toddlers you’ve got running around—apparently kids like to eat slugs sometimes. Apparently, one of the newly-reported patients got sick after eating a slug on a dare. Do not eat a slug on a dare.

Of course, not everyone who’s gotten sick has wittingly swallowed a whole and wriggling animal. The other two patients described in this recent report recalled eating fresh, homemade salads while on vacation (yum) and reported enjoying native fruits plucked straight from the land (double yum). Unfortunately, even a teeny tiny bit of slug stuck to raw produce can make you sick, so washing fresh food properly is crucial. In fact, the CDC recommends avoiding raw produce entirely if you can help it. But, like, it’s Hawaii? You want to eat that sweet, sweet produce. Just make sure to wash each leaf of leafy veggies individually, and take care even with produce that might seem safe, like pineapple; you could definitely pick up a bit of slug from the outside in the process of cutting up the sweet berry flesh inside, so rinse before you cut. You should even wash bananas before you peel them. Really!

And this should go without saying, but wash your hands, too—after spending time outside, and before cooking. You don’t want to accidentally ingest tiny snail bits because you didn’t clean up after a hike.

Fish do not carry the parasite, according to the CDC, so your bowl of poke is safe. Unless it has unwashed produce or snails in it.

A version of this article was originally published in April 2017. It has been updated.