The best science jokes to make you laugh, groan, and Google

Why did the bored internet user click on the link? You're about to find out. 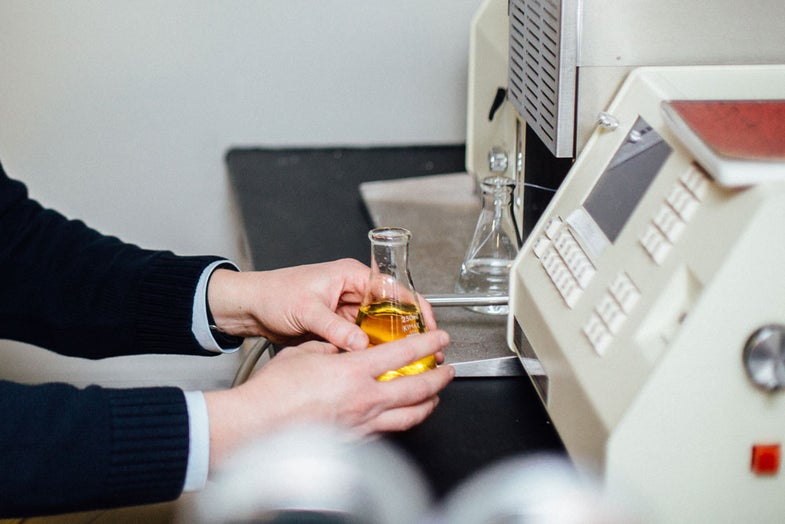 Crafting a perfect joke takes skill, timing, nuance, and a sophisticated understanding of your audience. The following list of science-based knee slappers has almost one of those. We gathered up some of the most groan-inducing scientific jokes we’ve heard from peers, remember from childhood, or made up while we were supposed to be partaking in serious journalism. So, when the family gathering turns to a tense topic this holiday season, tell one of these room-clearing jokes to lighten the mood.

What did one beam of light say to the other just before they slammed into each other? “Dude, you can totally crash on my photon.”

An amoeba sits down to eat at a restaurant. Across the room, another Amoeba is undergoing mitosis. The first amoeba flags down the waiter and says, “I’ll have what she’s halving.”

Want to hear a joke about potassium? K.

Two chemists walk into a bar.

The second says, “I’ll have some water too. But why’d you order it like that? We aren’t at work.”

The first chemist excuses himself and weeps in the bathroom.

His assassination plot had failed.

A photon checks into a hotel, and the desk clerk says “Can I get a bellhop for your bags?” Photon responds “No need. I’m traveling light.”

Why can’t you trust atoms?

They make up everything.

All mushrooms are edible. Some are only edible once.

Why can’t you argue with Pi?

There are 10 kinds of people: Those who understand binary and those who don’t.

I was reading a book on helium.

I couldn’t put it down.

There are only bad science jokes left. All the good ones argon.

What did the stamen say to the pistil?

What did the microbiology student get for being late to class?

How much room do fungi need to grow?

As mushroom as possible.

Does anyone have any jokes about Sodium?

Why do chemists love dubstep music?

They love to drop the base.

A butterfly gets pulled over by the cops for speeding. He hands the cop his driver’s license with a photo of a caterpillar on it. “Sorry, it’s an old picture.”

What do you call it when a geologist has to work on a Friday night?

We will add more as we get them from readers or remember them from grade school.