Patrick McGovern traced the yeast-y libation back nearly 5,000 years, but not in Europe. 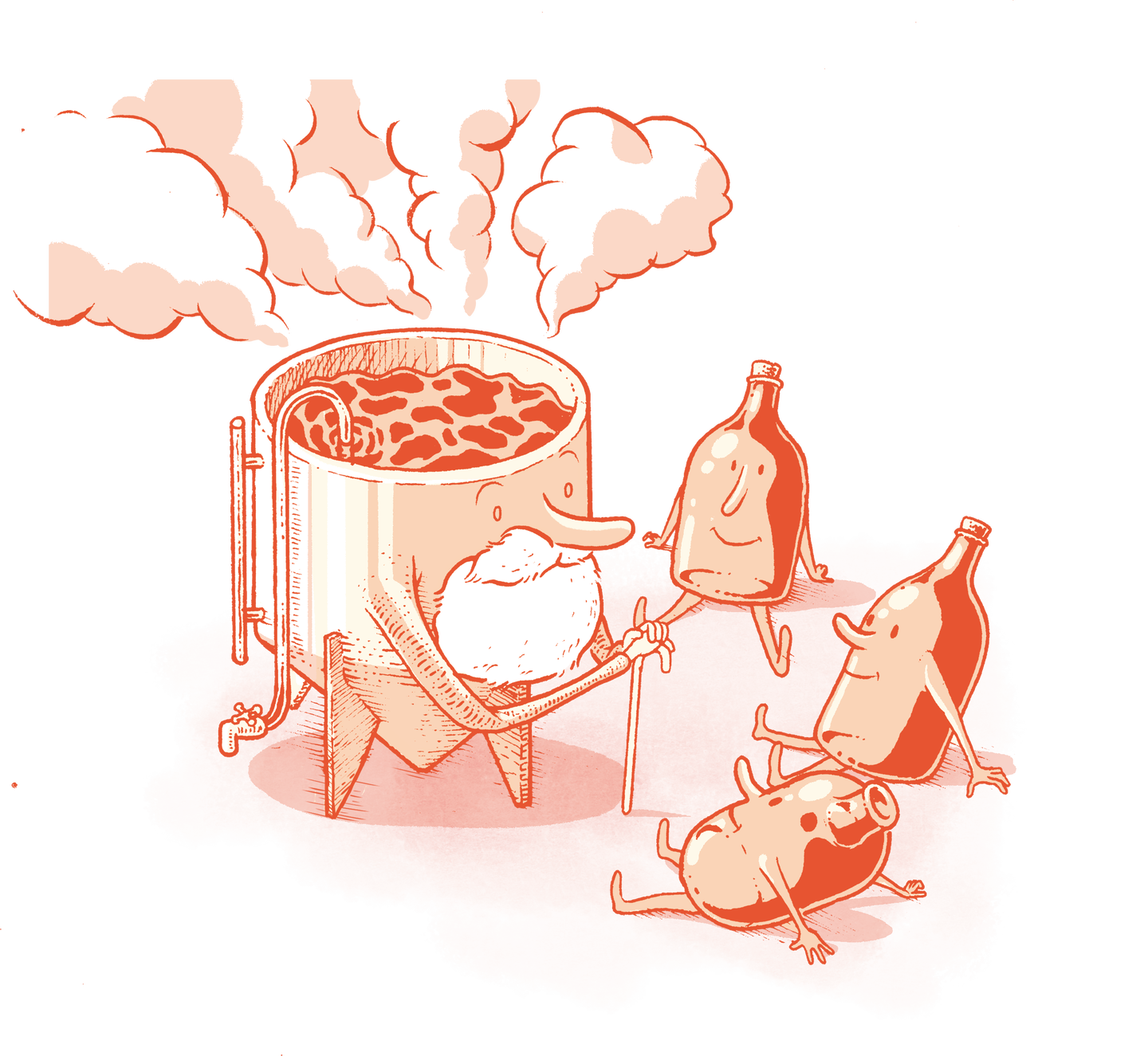 Beer has always been on the table. Illustration by Renaud Vigourt
SHARE

Patrick McGovern is the scientific director of the Biomolecular Archaeology Project at the University of Pennsylvania Museum. Here’s his tale from the field, as told to Eleanor Cummins.

I’ve had a fascination with beer for a long time. I had my first one in Bavaria in 1961 when I was 16. It was legal there, but when I got back to New York, the drinking age was 18. One time, I wanted a pint so badly, I dressed in lederhosen, went to a nearby tavern, and pretended I was German. It worked—they actually served me.

I began studying alcoholic beverages in the 1990s at the University of Pennsylvania Museum, where I now direct the Biomolecular Archaeology Project. My colleagues and I had been researching the design and engineering of ancient pottery, but inevitably we started to wonder what had been inside those jugs.

Around that time, an archaeologist working in Iran brought us a roughly 5,500-year-old vessel with an unusual residue inside. It looked like calcium oxalate: a yellowish, crystalline residue that modern brewers called “beerstone.” It can harbor microorganisms that may warp a batch’s flavor or even be poisonous.

When we compared the residue with a sample from a local brewery, they were virtually identical. Combined with the fact that the crisscrossed lines on the container matched those of the Sumerian symbol for beer (kas), we were confident that we had found the oldest-known evidence of draft production.

New discoveries always pop up. In 2018, a team in Israel found a 13,000-year-old receptacle with potential brewing evidence. I think beer goes back to our species’ beginnings. If sugars were there to ferment, humans were probably trying to get that buzz I felt back in Bavaria.

This story originally published in the Origins, Spring 2020 issue of Popular Science.