A 400,000-year-old fossilized skull could provide a missing link 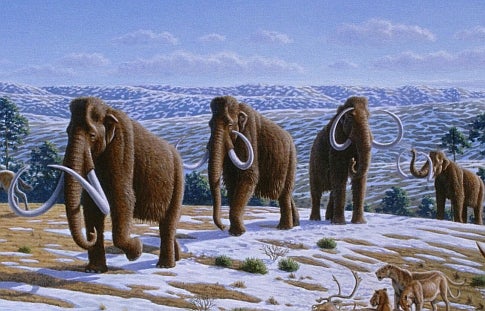 Mammoths are making a mighty big comeback. Last week, there was a stir among scientists when a controversial DNA-based study came out claiming that woolly mammoths have their roots exclusively in North America, since it has long been believed that they roamed from Western Europe to North America. Although the study is still raising eyebrows, many heads have turned to the gigantic discovery in Southern France’s Auvergne region of a rare fossilized steppe mammoth skull weighing 1,300 pounds.

Scientists say the find could be the vital missing link in mammoth evolution. At present little is known about the intermediate stage of mammoth history. The steppe mammoth, which came after the southern mammoth and before the woolly mammoth, represents this transitional stage. Because of the lack of steppe mammoth skeletons — only a handful exist and rarely come with an intact skull — there have been big debates about the evolution of these hairy creatures. One such theory is that the southern mammoth, once prevalent in Eurasia, evolved into the steppe mammoth as a way of adapting to eastern Asia’s colder climate. Another theory holds that mammoth evolution came about in Europe. As debates continue, the new-found skull, which belonged to a male steppe mammoth 35 years of age when it died, could very well hold some answers.