In an Oregon cave, scientists have found some really old s@!t 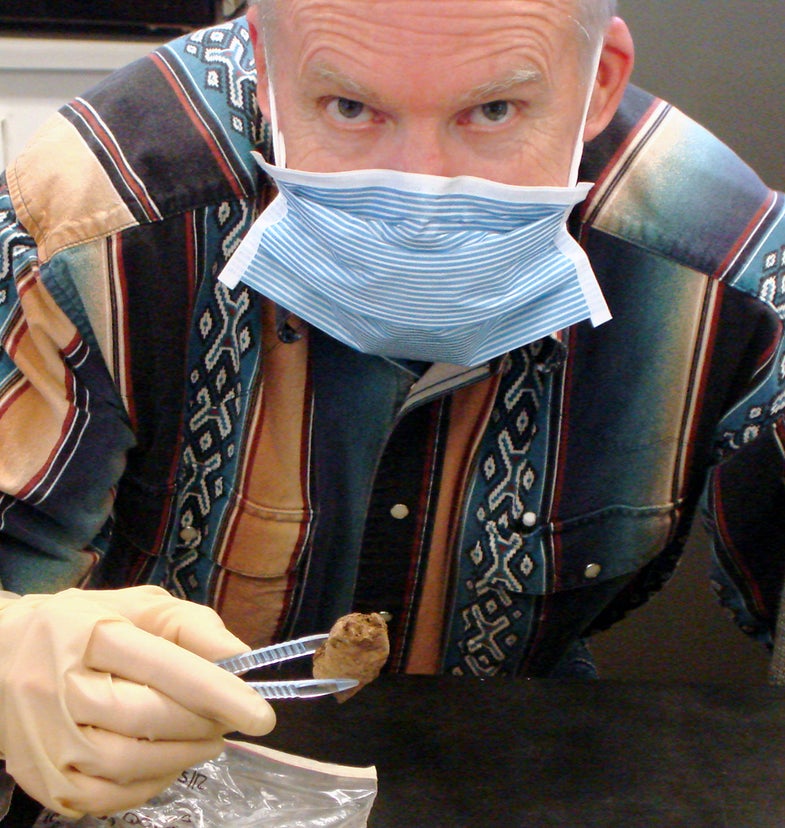 Native Americans living in Oregon thousands of years ago did what came naturally before the advent of flush toilets (or the state of Oregon): They relieved themselves in a lakeside cave. Thanks to them, scientists now have samples of the oldest human DNA ever found in the New World.

The ancient coprolites (dried excrement) left behind by these early Americans remained in place until 2002, when University of Oregon archaeologist Dennis Jenkins and colleagues began finding them during summer field work at Oregon’s Paisley Caves. A team at Denmark’s Centre for Ancient Genetics has since studied the coprolites, and today published its analysis of DNA recovered from six of the specimens.

Radiocarbon dating done on the coprolites found that some of them date back as far as 14,300 years ago. That is 1,200 years older than the Clovis culture, long associated with the earliest Americans. Other sites believed to represent pre-Clovis habitation have been investigated, but intact human DNA has never been recovered from any of them.

If the radiocarbon and DNA evidence hold up during additional testing now being done at other labs, says Jenkins, “then we have broken the Clovis sound barrier, if you will.”

In addition to human DNA, the scientists also found DNA similar to that of a coyote or wolf in the coprolites. That could mean that the early Americans ate such an animal…or that the animal left a calling card of its own.