The EU makes its first ruling on the newly popular gadgets. 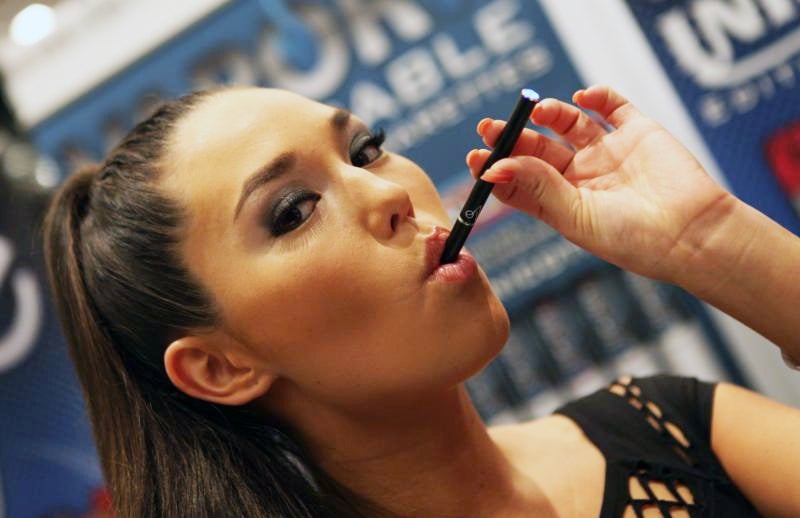 This morning, the European Parliament, the legislative body of the European Union, voted to reject a proposal that electronic cigarettes or “e-cigs” be regulated as medical devices. The ruling, which contradicts several federal laws held by member nations of the E.U., is a major decision on what’s a fairly new and poorly understood health issue.

Electronic cigarettes have gained momentum in the past few years; they’re seen as quasi-medical tools to help quit smoking, but also seen as milder versions of cigarettes. They’re small, sometimes cigarette-shaped devices that heat a liquid base containing nicotine and other ingredients (flavorings, mostly) slowly, so that the active chemicals vaporize, rather than burn as they would in a cigarette. The vapor is likely easier on the lungs than smoke from a regular cigarette, they can be smoked in places where cigarettes aren’t allowed (like bars and restaurants), and are about the same price as cigarettes in highly taxed places like New York City. (Disposable e-cigs like the popular Blu brand, which costs $9.99, have about the same number of estimated “puffs” as a pack of regular cigarettes.) E-cigs are estimated to become a $1.7 billion industry in the U.S. this year, more than twice that of the E.U.

E-cigs are barely regulated. The few studies that have been performed indicate that the vapor from certain brands contains carcinogens, including formaldehyde, acetaldehyde, and acrolein, but e-cigs are so new and have so recently become popular that the laws and regulations are struggling to catch up. At the moment, the U.S. has banned the sale to minors, but courts have rejected the FDA’s repeated attempts to have them classified as drugs (in the same category as nicotine patches). In the E.U., some countries, like Greece, have banned them outright. Some, like Britain, want them treated like medical devices, which would mean they would be more heavily regulated and only sold in pharmacies in some countries. The ruling will trickle down to the member countries within the next few years, as each country has to adjust its individual local and national laws.

Regulation in the U.S. is expected in the next month or so from public health officials, though the FDA hasn’t specified a timeline, and things are complicated by the shutdown.

Read more at the NY Times.