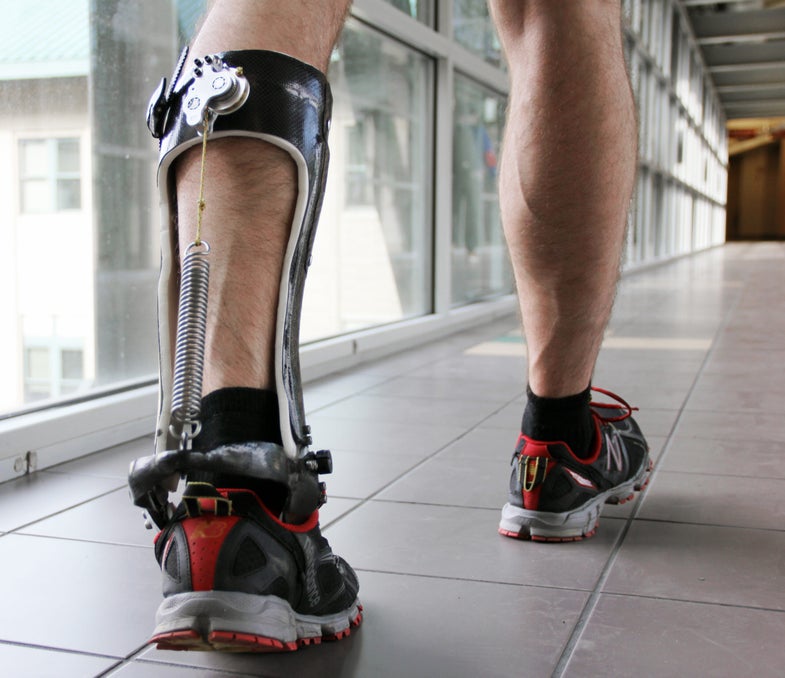 Over the past decade, bionic exoskeletons have been making a bit of a splash in the medical world, promising new and exciting methods for locomotive rehabilitation. But while these mechanical power suits can work small miracles (and look pretty damn cool), there’s still one major issue: they are super expensive. To help disabled or paralyzed people improve their gaits, exoskeletons rely on sometimes-complex combinations of motors and batteries—and those don’t come cheap.

Now, researchers from Carnegie Mellon and North Carolina State University have come up with a simpler solution to improve walking efficiency ever so slightly. In a new study published in the journal Nature, the research team details their latest creation—a wearable boot-like exoskeleton that can reduce the energy cost of walking by 7 percent. That may not seem like a lot, but such a subtle change over a long period of time could significantly improve rehabilitation efforts of those who have suffered spinal cord injury or stroke.

Yet the main selling point for this boot is that it doesn’t need battery-powered motors, making it lightweight and accessible. That means it’s much more likely to be in the price range that a wide range of people can afford.

For study co-authors Greg Sawicki and Steven Collins, the inspiration for the boot came from examining the mechanics of the human ankle. “The ankle joint is a major power source for human gait,” Sawicki, assistant professor of biomedical engineering at University of North Carolina, explains to Popular Science. “Most of the energy coming from the leg comes from muscles and tendons around the ankle.” Ultimately, the researchers’ strategy was to give a little extra push for when the ankle pushes the leg off the ground.

It’s these movement mechanisms that are imitated by the new exoskeleton boot. “We basically copied and pasted that clutch/spring idea onto a carbon fiber frame.” With each step, a mechanical clutch engages and disengages a spring behind the leg, which works in tandem with the Achilles tendon to help the foot move. 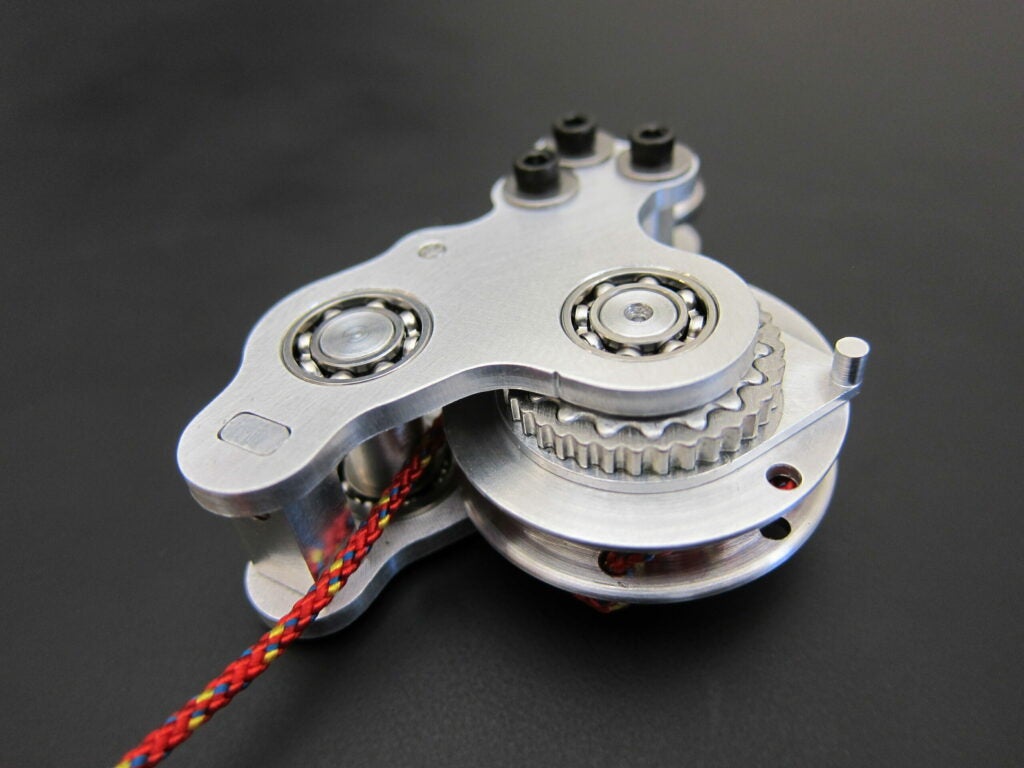 The unpowered exoskeleton clutch, which engages and disengages a spring in parallel with the user’s Achilles tendon.

The whole apparatus, without the use of motors, ultimately saves wearers the amount of energy needed to perform each step. The researchers monitored the overall oxygen consumed and carbon dioxide exhaled by those wearing the boot, calculating a 7 percent reduction in overall energy needed to walk. According to Collins, the boot does this by reducing the overall load and force on the muscles.

“Muscles are amazing actuators, but they’re not particularly efficient,” says Collins, assistant professor of mechanical engineering at Carnegie Mellon. “For example, when you engage your parking brake in your car, the car wants to roll downhill and the brake stops it from doing that. In theory, that has no energy cost. But for muscles, whenever they produce a force like that, even when they’re still, they consume energy. Our clutch produces a force in much the way your parking brake does without consuming any energy.”

According to Sawicki, an increase of 7 percent in walking efficiency is similar to removing a 10-pound backpack load. For now, the researchers envision the boot could be used to help those with weaker mobility in a certain limb, or even hikers and athletes who want to extend the amount of distance they can cover in a given day. They also believe it could be popular for aging baby boomers who want to remain active but need a little extra help to do so.

Of course more research needs to be done to understand the effects of wearing the boot long-term, since it’s likely that the exoskeleton will result in the loss of muscle mass if utilized all the time. But Collins and Sawicki hope that since the device doesn’t consume any chemical or electrical energy, a commercial version could be somewhere in the range of only a few thousand or a few hundreds of dollars. That’s pretty good, given that current exoskeletons are priced between $40,000 and $80,000.

“Smaller, cheaper, and more streamlined is better in the end,” Sawicki says. “If it’s too expensive, it’s not going to be accessible to the general public.”