We Can Edit Genomes, Create Synthetic Life, and Remake the World. But Should We? 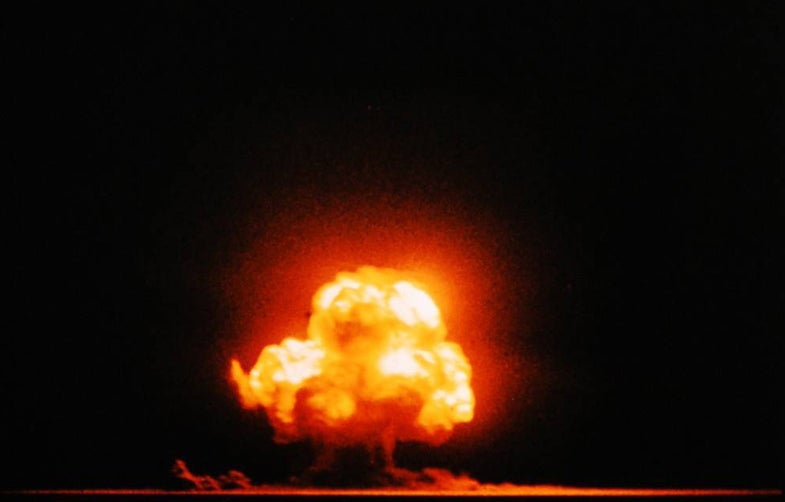 ST. LOUIS — Four years ago, scientists in the Netherlands and the U.S. very carefully created a potentially devastating disease. They made a few mutations to a virulent strain of bird flu that induced it to become airborne and infect mammals, giving scientists a peek into the ways flu might evolve in nature. It launched an international outcry and became the most public display yet of a question that scientists will frequently face in the future: Now that we know how to do this, should we?

The future of scientific research may hinge on this question, according to R. Alta Charo, a lawyer and bioethicist at the University of Wisconsin-Madison who addressed a gathering of bright minds here this week at a DARPA conference called Wait, What?

The bird flu work sounded alarm bells in part because the flu strain was so virulent and potentially deadly. Scientists worried the recipe could fall into the wrong hands, letting would-be terrorists unleash deadly pathogens on an unprotected public. “The response has been, unless we do this, we won’t know how to counter it, we won’t know how to detect it,” Charo said

But much of today’s research in genetics and biotechnology is less threatening — at least, it’s not just about nasty viruses. For example, a few years ago scientists engineered popular aquarium fish, danios, to express a gene that makes them fluoresce under a UV light. Glo Fish are now available in any pet store. It’s harmless in that the fish don’t suffer; scientists have used fluorescent proteins for years. But is it right?

“Should that be banned because we think of it as a facetious use?” Charo said.

“Science may soon be reciting, ‘Now I am become Life, creator of worlds.'”

As scientists increasingly adopt an easy gene-editing technique called CRISPR/Cas9, we will be able to do far more than make fish glow. We’ll edit entire genomes, resurrecting species and remaking nature. Should scientists be able to tamper with the natural world? What about the human genome?

“This raises the question of, when we edit genes, whether there should be limits on what we should be allowed to change,” Charo said.

These worries are not new, however. 501 years ago, Nicolaus Copernicus was pilloried for his disruptive view that the Earth revolved around the sun, and not the opposite. The next five centuries were full of other such fears of science and the power of knowledge. Charo quoted J. Robert Oppenheimer, who famously quoted the Bhagavad Gita after the detonation of the first atomic bomb: “Now I am become Death, the destroyer of worlds.”

What is new is that lately, we’re making laws based on those fears, from bans on stem cell research and cloning to proposals to label genetically modified foods at grocery stores. Charo said such efforts are based on a general sense that something is wrong because it’s unnatural.

“As an ethicist and a lawyer, I find myself asking, ‘Can the wisdom of repugnance be sufficient?'” she said.

In this country, scientists may turn to the First Amendment, which offers protection for creative expression. But scientists also need to ask themselves how far they want to go.

“Life sciences is on the verge of creating synthetic life,” she said. “Science may soon be reciting, ‘Now I am become Life, creator of worlds,’ with the same sense of awe and foreboding and accomplishment as Oppenheimer.”