Cake doesn't have to be a lie. 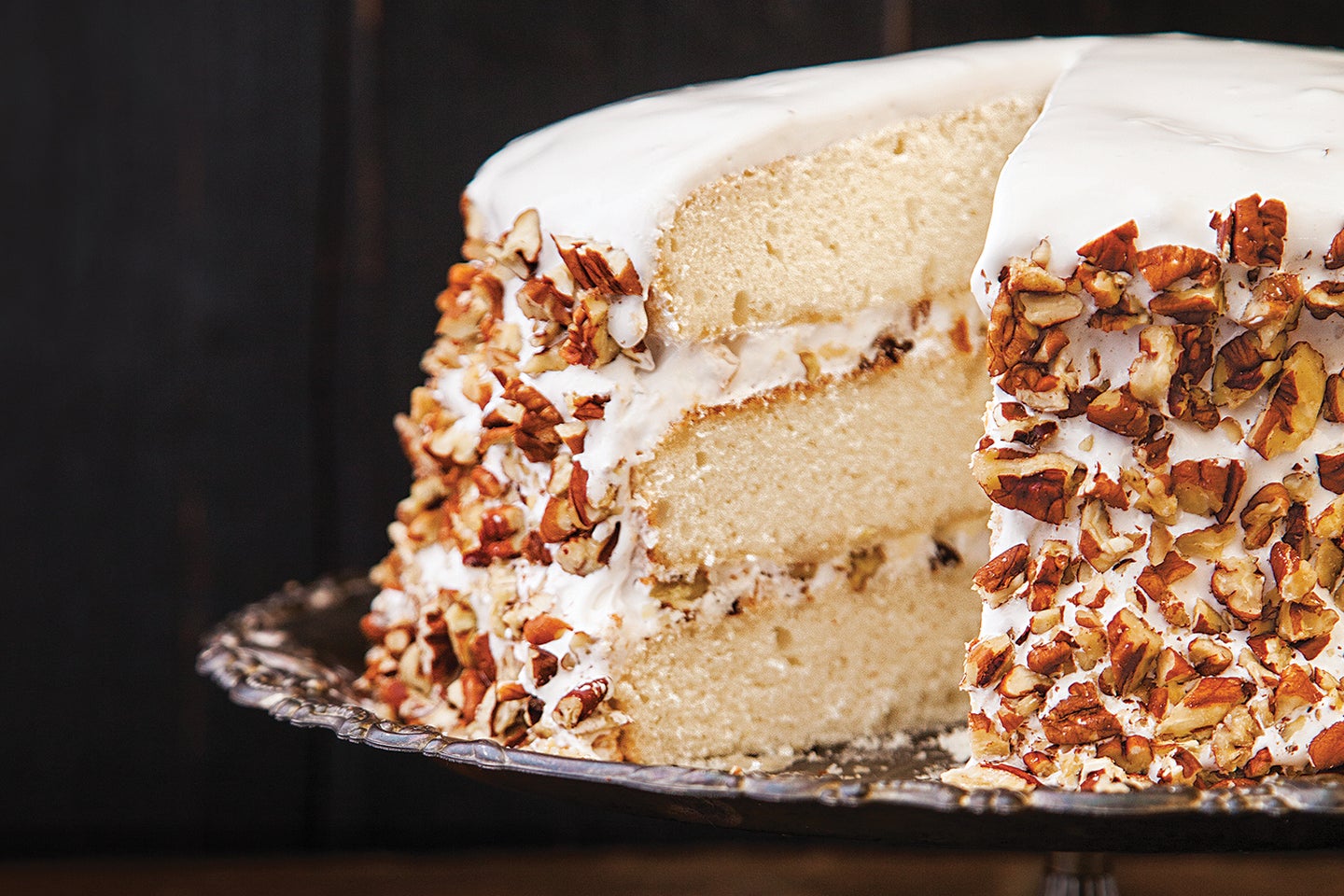 Layer cakes originated in the South, and with their over-the-top grandeur and unapologetic sweetness, they’re inexorably linked to the culture. We’re obsessed with the drama and the excitement of a layer cake, and as any true southerner knows, these desserts can be just the thing that take you back to your childhood. If you’re a chocolate lover try our moist chocolate layer cake, or if you’re looking for something on the lighter side, our strawberry lemon cake or hummingbird cake might are both worthy options. Whether you’re searching for the ultimate caramel dessert or a white cake layered with buttercream frosting, our best layer cake recipes will transport any southerner back to the cakes they grew up eating.

At New York’s Milk Bar, Christina Tosi makes this towering cake every spring, when sweet and tiny tristar strawberries are in season. This is by no means an everyday cake, but it’s worth the work that you’ll put in, and worthy of a special occasion. Get the recipe »

This classic, German, cherry-filled chocolate cake, a masterpiece of cherry brandy-soaked pastry engineering, improves the longer it sits. Get the recipe »

This sumptuous layer cake from Smith Island, off the mainland coast of Maryland, here consists of 10 thin layers of cake stacked and frosted with old-fashioned chocolate fudge icing. This recipe calls for baking the layers individually; see ”How to Make Perfect Layer Cakes” for tips on how to ensure each layer is even in thickness so that the finished cake stands evenly tall as well. Get the recipe »

This hummingbird cake honors the legacy of the Southern cook Edna Lewis. The luscious, fruit-and-nut-studded layer cake is served in Atlanta’s Watershed restaurant; the recipe first appeared in Christiane Lauterbach’s feature about the restaurant, which ran in our April 2009 issue. Get the recipe »

Robbin Gourley from “Chocolate Cake” (September/October 1994): “The recipes my grandmother passed down are simple and durable, having survived repeat performances at all manner of family gatherings. A special place is reserved for this chocolate layer cake. It delivers a velvety crumb, an honest chocolate taste, and a rich icing. It is a cake from my family’s heart.” Get the recipe »

This buttery cake slathered with rich caramel icing has earned local fame on Chicago’s South Side—it’s one of our favorites to make for special occasions. Get the recipe »

This rich, multilayered dessert of angel food and devil’s food cake, peanut butter mousse, and milk chocolate ganache should be frozen before icing is added and refrigerated before it’s sliced. Get the recipe »

Thick Italian meringue is sandwiched between moist layers of cake, which is topped off with sweetened shredded coconut in this recipe from chef Thomas Keller. It first appeared in the tablet edition of our Jan/Feb 2014 SAVEUR 100 along with the story “20 Years of SAVEUR: The Fountain of Youth.” Get the recipe »

Packed with coconut and pecans and covered in cream cheese frosting, this cake is a specialty of Georgia home cook Cile Ellis. It first appeared in our November 2013 issue with Wendell Brock’s story “Southern Belle.” Get the recipe »

Forget everything you know about “white cake,” this recipe’s a game changer: rich and velvety to the point of creaminess, heady with vanilla, and almost as fluffy as angel’s food cake. The secret is virgin coconut oil, which amplifies the aroma of butter and vanilla while creaming up lighter (and whiter) than butter alone. I top it all off with silky Marshmallow Buttercream, for a cake that’s beguilingly complex despite its apparent simplicity. Get the recipe »

This striking Southern dessert, with its three rose-water infused layers and Italian meringue frosting studded with pecans, raisins, dried figs, and candied orange peel, seems born for elegant tea parties. It first gained popularity after the release of Owen Wister’s 1906 romance novel Lady Baltimore; upon tasting a slice, the book’s narrator says of the cake, “It’s all soft, and it’s in layers, and it has nuts—but I can’t write any more about it; my mouth waters too much.” This recipe also appears in the SAVEUR New Classics Cookbook. Get the recipe »

The recipe for this indulgent layered cake with a bourbon-butter-raisin-coconut-pecan filling and billowy egg-white icing first appeared in Emma Rylander Lane’s self-published cookbook, Some Good Things to Eat, in 1898. It first became famous after winning top prize at a Georgia county fair, and later became an American icon after appearing in a scene in Harper Lee’s To Kill a Mockingbird. This recipe was featured in Nick Malgieri’s story “Sweet And Southern.” Get the recipe »