This spring, Earth's stratosphere will be invaded by giant latex balloons carrying cameras and scientific experiments. Yours could be one of them. 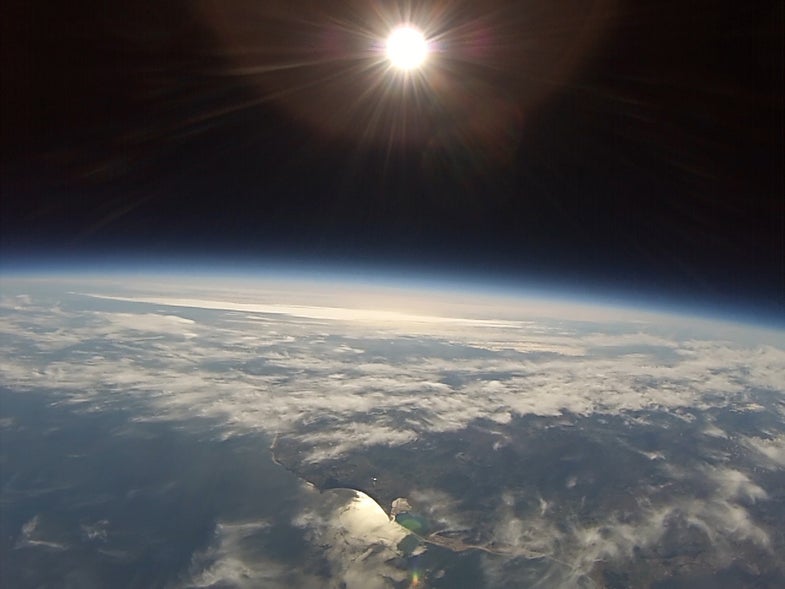 Hundreds of amateur balloonists will send their creations into near space in April. You can join, too. To take part in the world’s largest space-balloon event, called the Global Space Balloon Challenge, sign up at balloonchallenge.org, then tie a payload to a high-altitude balloon and launch it between April 10 and 27. Sixty teams from six continents flew balloons during last year’s event, according to organizers. This year, more than 100 teams have already signed up.

High-altitude balloons are big, unmanned balloons like the ones meteorologists use to gather data from the stratosphere for weather predictions. They’re about five feet in diameter, when inflated. They can reach heights of more than 100,000 feet—higher than a passenger plane—yet cost less than $1,000 to make. They can also carry science experiments—the Global Space Balloon Challenge includes a prize for best experiment. They take awesome pictures. You can see some of our favorites from last year’s challenge in the gallery below.

Last year’s participants included ballooners of varying levels of ability. There were parent-kid teams, experienced adult balloon enthusiasts, and undergraduate and graduate engineering students. For those who have never flown a high-altitude balloon, the Global Space Balloon Challenge site has starter tutorials and forums for teams to ask questions. The project also has a couple of programs for beginners, including a mentoring program and a program where a beginner team can design an experiment to fly on an experienced team’s balloon.

P.S. While researching amateur ballooning, I learned a little news you can use. The U.S. National Weather Service sends hundreds of high-altitude balloons carrying measuring equipment into near space every day. Eventually those balloons fall back down to Earth. Their equipment is labeled “Harmless Weather Instrument” in case citizens find them. Before learning this, I would have been pretty weirded out to find a giant, deflated balloon labeled “Harmless Weather Instrument,” but now I know it’s not just aliens trying to trick me. If you want to be nice, you can mail the instrument back to the Weather Service inside its own postage-paid mailbag.

Check out photos below from the 2014 Global Space Balloon Challenge 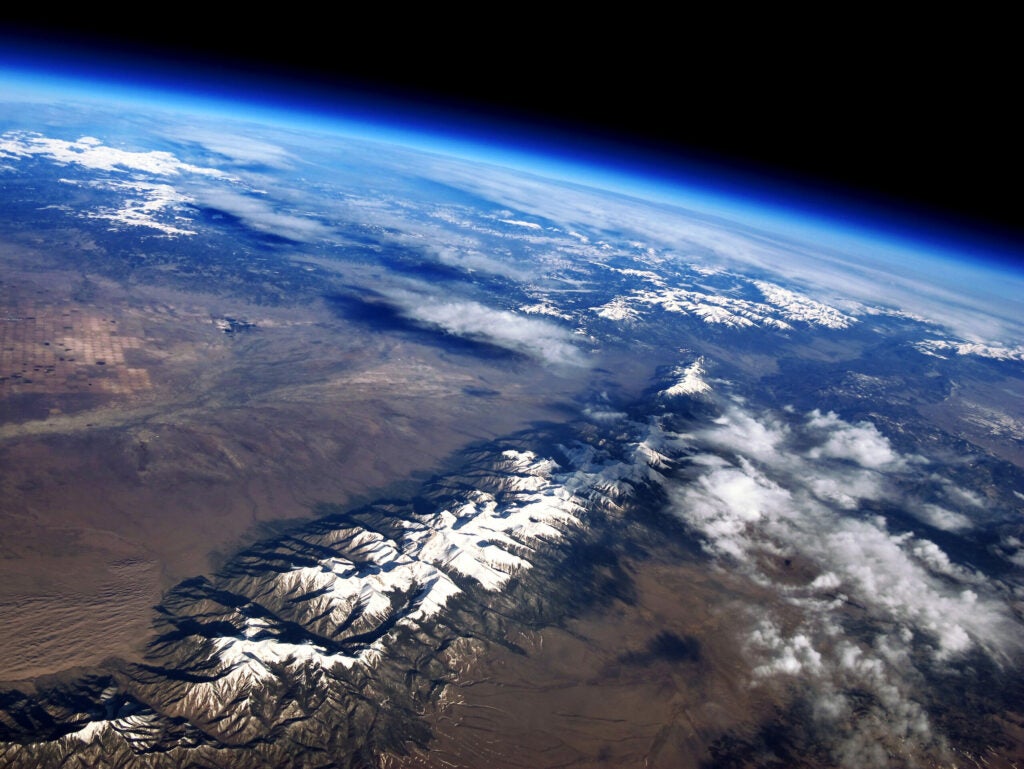 No need to go up in a spaceship. This gorgeous photo was taken from a balloon, launched from the Scottish highlands by a pair of adult brothers.

A team of engineer parents and their kids, based in Issaquah, Washington, captured these images of their balloon bursting at 84,177 feet. Most teams’ balloons pop when they near 100,000 feet because the air pressure outside decreases, causing the balloon to expand beyond the tensile strength of its material. More advanced teams may make “zero-pressure balloons” designed to stay intact at high altitudes. 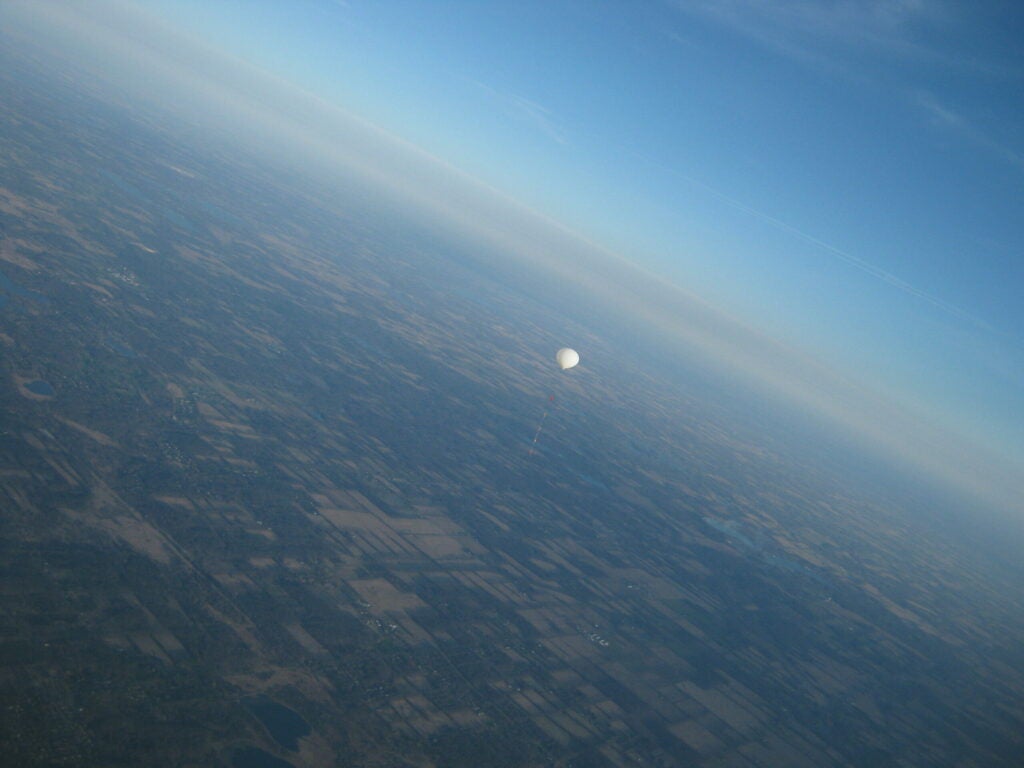 A team of engineering students from the University of Michigan launched two balloons at once to get this photo, taken over central Michigan.

These Peeps got a ride to near space thanks to high school students in Bishop, California. The marshmallow chicks are guarding a Petri dish of extremophiles, whose reaction to space the students wanted to test. In the background is another balloon the Bishop students launched, carrying a radiation sensor. 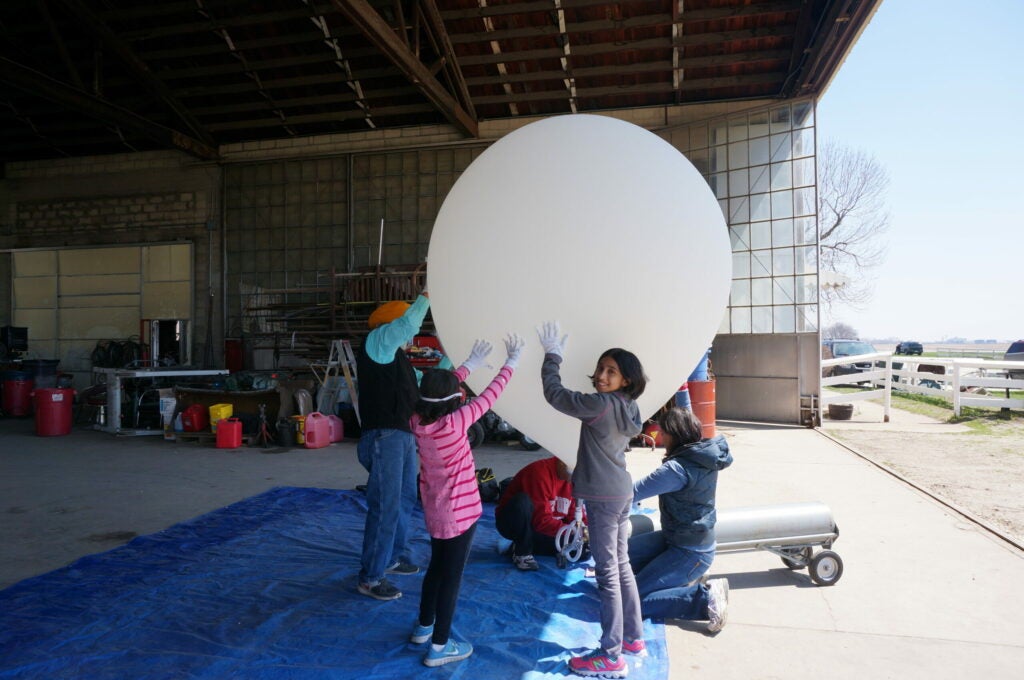 Team Alturi prepares its balloon for launch from an airfield in Illinois. When Popular Science noted some team members are a bit smaller than average, Global Space Balloon Challenge organizer Duncan Miller said, “The wind that day almost pulled them off their feet!” 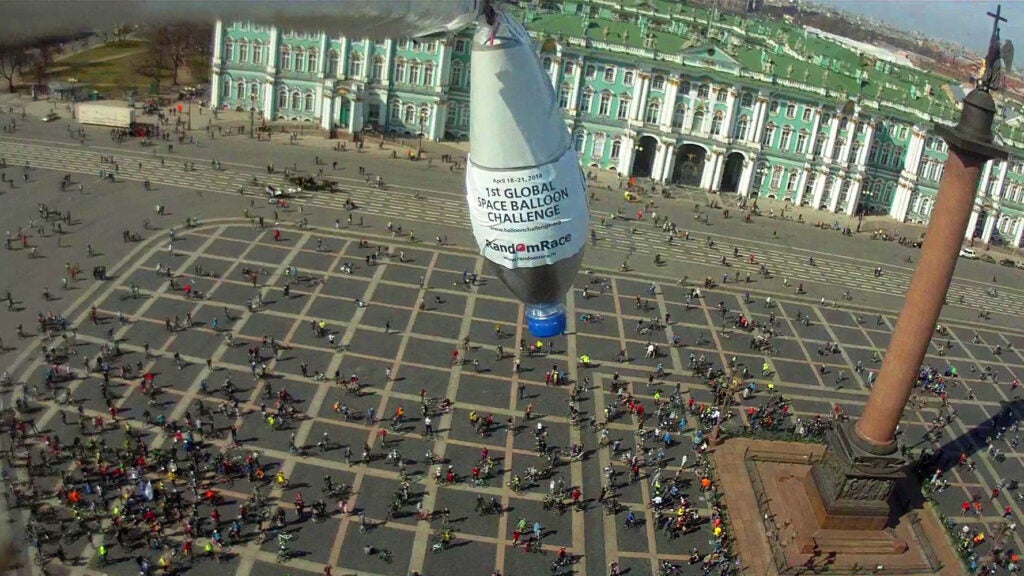