Project: Higgs Hunters Smashing particles together, contemplating the nature of space and time: in the popular imagination, few occupations evoke... 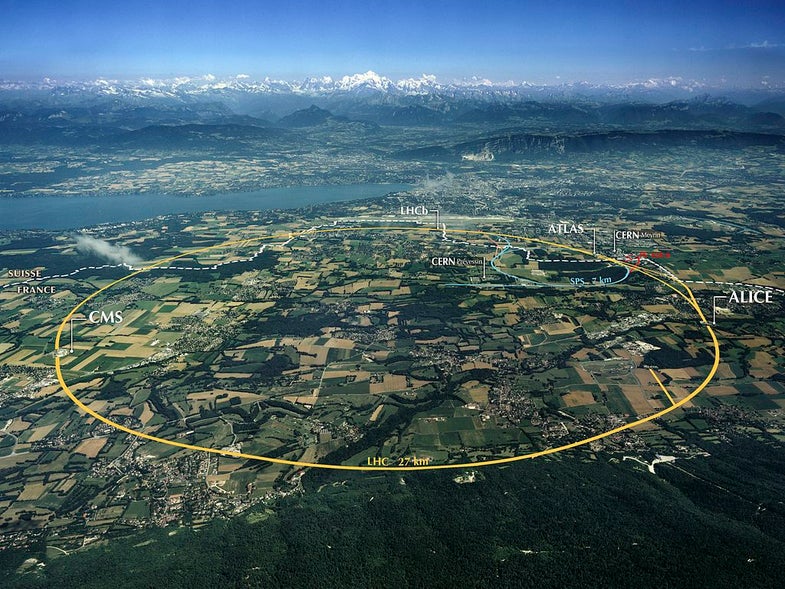 Smashing particles together, contemplating the nature of space and time: in the popular imagination, few occupations evoke the concept of “pure science” more strongly than that of the particle physicist. But how does a particle physicist actually do her job? You’re about to find out.

Higgs Hunters is a brand new project at Zooniverse.org. The folks at Conseil Européen pour la Recherche Nucléaire (CERN) have uploaded data from the Large Hadron Collider, and they want you to search for unknown exotic particles.

In this project, you’ll be presented with images that look like they’re straight out of Tron. You will see lines that show the paths of charged particles traveling away from a collision at the center of the LHC. Your job will be to look for lines or tracks that seem to start out-of-the-blue, away from the center. These are called “off-center” vertices, and you’ll be looking for them, because some theorists think that the Higgs could break apart into exotic particles entirely new to science. If you see an off-centre vertex, this suggests that a particle that was created at the center has decayed into other particles that the detector can actually see.

The LHC is one of the most complicated devices humankind has ever built. Located 100 meters below the ground near Geneva, Switzerland, it consists of a 27-kilometer long tunnel designed to accelerate and smash subatomic particles together. For some of the history of CERN and the LHC, check out their site at http://home.web.cern.ch/. You can also learn more about particle physics and the hunt for exotic Higgs decays, check out the Higgs Hunters blog: http://blog.higgshunters.org/.

— Chandra Clarke is a Webby Honoree-winning blogger, a successful entrepreneur, and an author. Her book Be the Change: Saving the World with Citizen Science is available at Amazon. You can connect with her on Twitter @chandraclarke.