At Maker Faire 2014, the music was...electrifying 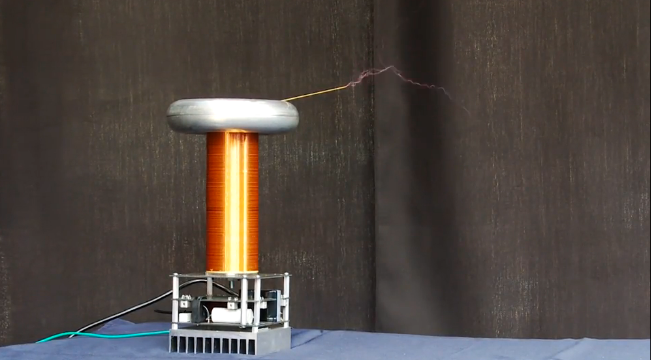 Tesla coils are popular for demonstrating wireless electrical transmission, nifty experiments…and ability to shoot bolts of lightning. Plus, you can modulate the coil’s output to produce different tones and even play songs. Musical groups have harnessed Tesla coils’ power in concert, but their devices are a bit too big for your average living room. That’s where oneTesla comes in. The fledgling company produces “Tiny Tesla” kits that let you assemble your very own miniature Tesla coil. As oneTesla’s founders, Heidi Baumgartner and Bayley Wang, demonstrated at Maker Faire, their devices are incredibly cool—just be sure to maintain a decent distance.

In September, Popular Science attended World Maker Faire at the New York Hall of Science. We saw giant robots, tiny Tesla coils, and musical instruments made out of anything you can imagine. Check out some of the coolest projects with us!