Let Electric Ink Light Up Your Next Project 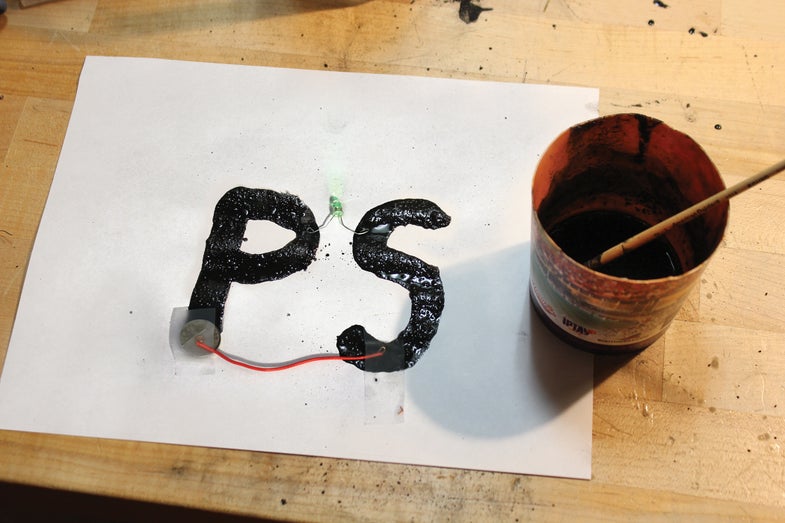 Liberate your next electronics project from the constraint of wires and run current through a painted line of graphite instead. A DIY graphite paint won’t conduct electricity as well as a wire or an expensive commercial conductive ink. But it’s perfectly good for connecting LEDs to batteries in flexible circuits and making a sheet of paper touch-sensitive enough to play like a piano keyboard.