Stephen Hawking, a man synonymous with the mysteries of the cosmos, is dead at 76

The famous physicist died at home early on Wednesday. 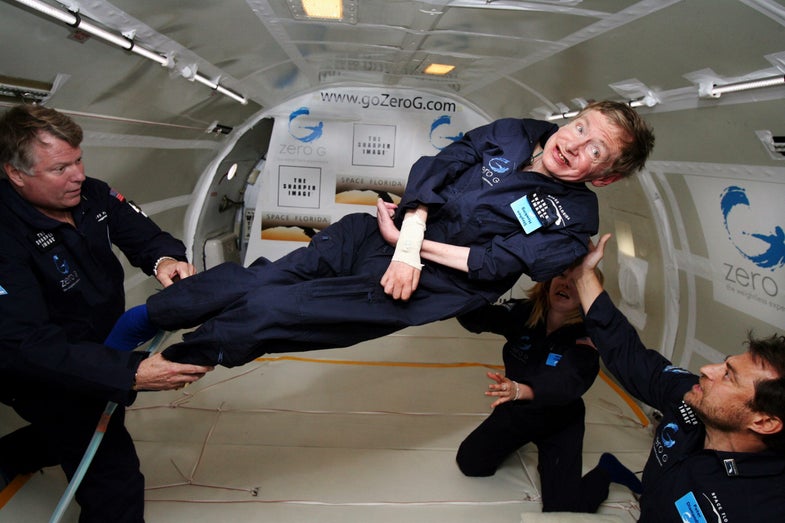 Even if you weren’t a physicist, you knew this man. His computerized voice enthralled us for decades, whether guiding us toward answers to some of the biggest questions humanity has ever had or playing the villain in a Jaguar commercial.

You had his book on your bookshelf, even if you never read it.

You knew he was a genius whose mind grappled with cosmological conundrums as massive as black holes and the existence of the Universe.

Stephen Hawking entered this world on the 300th anniversary of Galileo’s death, and died today 139 years after the birth of Albert Einstein, fitting bookends for a physicist standing on the shoulders of those giants.

He lived for decades longer than his doctors expected when they first diagnosed him with the motor neuron disease ALS in 1963, astounding the medical community. He earned his doctorate, and by the time he appeared in Popular Science at the age of 38 he was already an acclaimed physicist. He used a wheelchair to move around, and eventually came to rely on a special computerized system to speak, which he did often to rapt audiences around the world.

He always looked to the future not of himself, but of humanity, envisioning a time when we would move to other planets. He wasn’t always optimistic about our prospects, predicting apocalyptic scenarios if we stayed limited to our planet, or if we made contact with an alien civilization.

But he also had a renowned sense of humor, and believed in the capacity of individuals to triumph against adversity, as he did. “I want to show that people need not be limited by physical handicaps as long as they are not disabled in spirit,” he said.

He wanted physics to be accessible to everyone, and wrote books for that express purpose, making sure that anyone who was vaguely interested in the cosmos could have an intellectual springboard from which to leap.

He is dead, and his family and friends mourn his loss. But he is not gone. His academic achievements give him something that many who die will never have—a place in the collective memory of humanity.

He is not gone from the history books and scientific tomes.

He is not gone from the journal articles, the literature, the children’s books.

We will see him again. Not in any sort of afterlife, which he adamently denied the existence of, but in re-runs of The Simpsons or Star Trek. He is not gone from YouTube clips or articles, or quotes. He was one of the most popular scientists in the world, and his presence will be felt and missed, but his legacy is not lost to us.

He lived long, and gave us much. He will be remembered.