How One Man Waged War Against Gravity

The story of Roger Babson, gravity's sworn enemy, and his Gravity Research Foundation 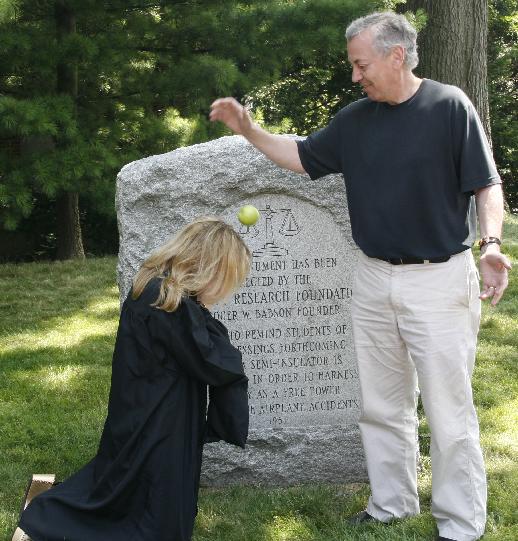 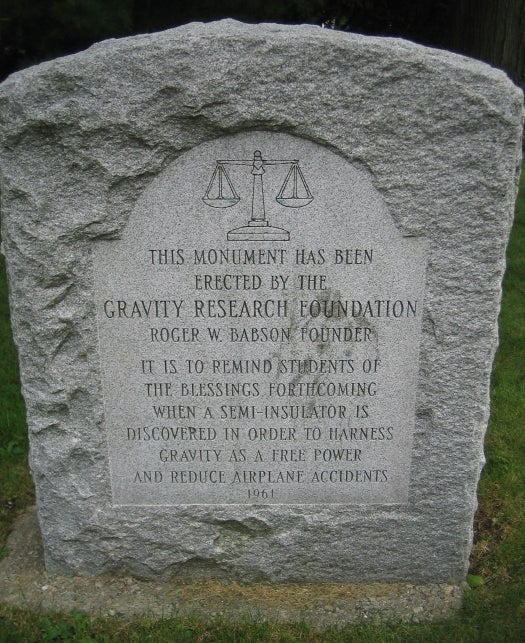 Beside the path leading from the library to the academic quad at Tufts University is what appears to be a misplaced gravestone, pictured here.

As an undergraduate physics student at Tufts, needless to say, I found this monolith intriguing. Who was Roger W. Babson? What was the mysteriously austere Gravity Research Foundation? And above all, what blessings would come forth upon the discovery of a gravity semi-insulator – and what does that even mean? 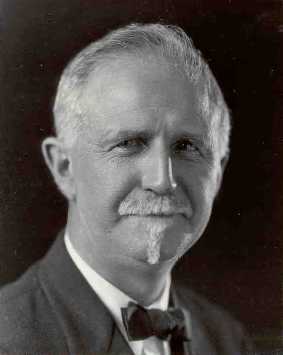 Roger Babson was the quintessential rich and powerful American businessman. He was born in Gloucester, Mass., in 1875 the tenth-generation Babson born there. Soon after earning an engineering degree from MIT, he founded a financial analysis firm called the Babson Statistical Organization (later renamed Babson’s Reports), which made him a millionaire within its first decade and stayed in business for almost a century.

From 1910 to 1923, Babson wrote regular columns about business matters for both the Saturday Evening Post and the New York Times. In January 1929, he even graced the pages of Popular Science with an explanation of how to become a millionaire.

He was frequently used as a source in other Popular Science articles, always introduced as “the eminent statistician” or some similar accolade.

Babson was the first financial forecaster to predict the 1929 stock market crash and subsequent economic depression.. He did so using an economic assessment technique called the Babsonchart, which he largely based on Newton’s Third Law – every action has an equal and opposite reaction.

Babson liked setting words into stone. During the depression, he created a public works project in the spirit of the New Deal, in which he hired stone cutters to engrave inspiring messages into boulders in a park in Gloucester, Mass. Stones advocating traits such as “KINDNESS” and instructing viewers to “HELP MOTHER” can still be seen there today.

In 1940, Babson ran for President of the United States and came in fourth. He was a lifelong friend of Thomas Edison’s. Oh, and he also wrote 47 books.

Despite his status as an extraordinarily successful businessman and Mr. American everyman, Babson was also—there’s no other word for it—a crackpot. Throughout his life, he had major beef with, of all things, the force of gravity. In a 1948 essay entitled “Gravity – Our Enemy Number One,” he explained that the grudge traced back to his childhood, when his sister drowned in a swimming accident. “Yes, they say she was “drowned”, but the fact is that … she was unable to fight Gravity which came up and seized her like a dragon and brought her to the bottom. There she smothered and died from lack of oxygen.”

Later in the essay, he writes:

Gradually I found that “old man Gravity” is not only directly responsible for millions of deaths each year, but also for millions of accidents … Broken hips and other broken bones as well as numerous circulatory, intestinal and other internal troubles are directly due to the people’s inability to counteract Gravity at a critical moment.

The tragic death of his grandson, also by drowning, in 1947, seemed to send Babson past the point of reason. He became veritably obsessed with the atrocities committed by the weakest fundamental force. Unlike your average eccentric, though, he wasn’t content to wallow ineffectually. Babson was an entrepreneur. He was a CEO. He didn’t like gravity, so he decided to do everything in his power to get rid of it.

He bought Invention Incorporated, a Washington, D.C.-based company, in order to have three investigators in the U.S. Patent Office at all times scanning through incoming patent proposals. “The investigators were constantly on the watch for any machine, alloy, chemical or formula which directly relates to the harnessing of gravity,” Babson wrote in the second edition of his autobiography, Actions and Reactions. He explained that a gravity harness would most likely take the form of a metal alloy which would act as a “partial insulator.” The eventual discovery of that alloy, he wrote, would be “a great blessing to mankind.”

The year of that writing, Babson established the Gravity Research Foundation (GRF). It operated out of New Boston, N.H., 60 miles north of Boston, Mass., – “a safe distance … in case [Boston] should be bombed in World War III,” Babson wrote. The GRF was intended as a sort of clearinghouse, which would collect and disseminate gravity-related information as well as fund promising research projects. In short, its goal was to expedite the discovery of a gravity shield.

In the 1960s, the GRF gave grants—and monoliths—to 13 colleges and universities. Some, like Tufts, received $5,000 outright, while others were given shares in the American Agricultural Chemical Company (later part of DuPont). Because the Foundation stipulated that the grants be used for “scientific purposes in the name of the Gravity Research Foundation”—namely, anti-gravity research—it took years or decades for many of the institutions to figure out how to spend them. Many of them ended up using the grants after Babson’s death for endeavors that would not have satisfied the initial requirements.

He died in 1967. Needless to say, he did not have the satisfaction of witnessing the blessings forthcoming with the discovery of a gravity semi-insulator. 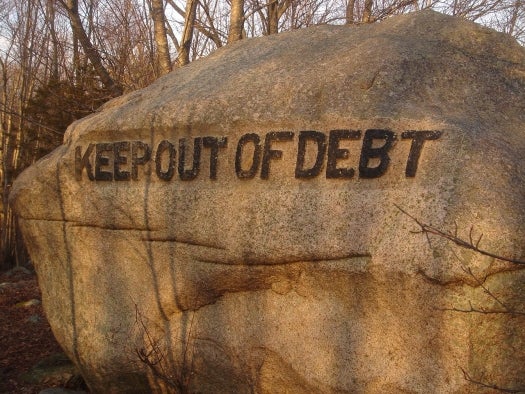 The GRF no longer hopes to help rid the world of gravity. After Babson’s death, under the direction of his friend and business associate George Rideout, it transformed into a respectable though far humbler institution. Today, its only remaining function is to hold an annual essay contest, now in its sixty-second year. Not surprisingly, in the early years, contestants were asked to propound their ideas for gravity shields; since 1971, they have been free to write about gravity itself. Among physicists, the contest is now extremely highly regarded.

“It is nearly universally known among people working in gravitational theory,” said Steve Carlip, a physicist at UC Davis who won the essay contest in 2007. Though the first place prize carries with it a mere $4,000, the contest has a large impact, Carlip said, because “it encourages people working in the field to step back a little and give a broader overview of their research.” Other past winners include Nobel Laureates Stephen Hawking and George Smoot, as well as Bryce DeWitt and many other famous physicists from around the world.

George Rideout, Jr., who took over from his father as GRF President in 1988, said the Foundation’s current goal is to stimulate gravity-related thought and discussion. “Many of our contestants comment that they would never have taken the time to put their thoughts down in writing were it not for the GRF Awards for Essays on Gravitation,” Rideout said. “This is what we like to hear.” Abstracts of the winning essays can be found at the GRF website. The 2011 contest is now open for entries, with an April 1 deadline.

At Tufts, the GRF grant also eventually came to good use. It paid for the establishment of the Tufts Institute of Cosmology in 1989 – today, a prestigious research institution. Cosmologist Alexander Valenkin, director of the institute, wrote about its connection to Roger Babson in his book, Many Worlds in One: “Nobody really expected that Tufts cosmologists would work on antigravity, but strangely enough—they do. Much of the research at the institute is focused on false vacuum and its repulsive gravity, which certainly qualifies as antigravity. So I think Mr. Babson could not have found better use for the money.”

He adds, “We have not succeeded in reducing the number of airplane accidents though.”

When a graduate student earns his doctorate at the Institute of Cosmology, he undergoes a strange ceremony befitting the history of the Institute and the Foundation that paid for it. The graduate kneels down and his advisor drops an apple on his head, in hopes that it might inspire him in the manner of Isaac Newton. They do this in front of Babson’s monument.