‘Star Trek Beyond’ Review: Everything We Loved And Hated

With only the mildest of spoilers 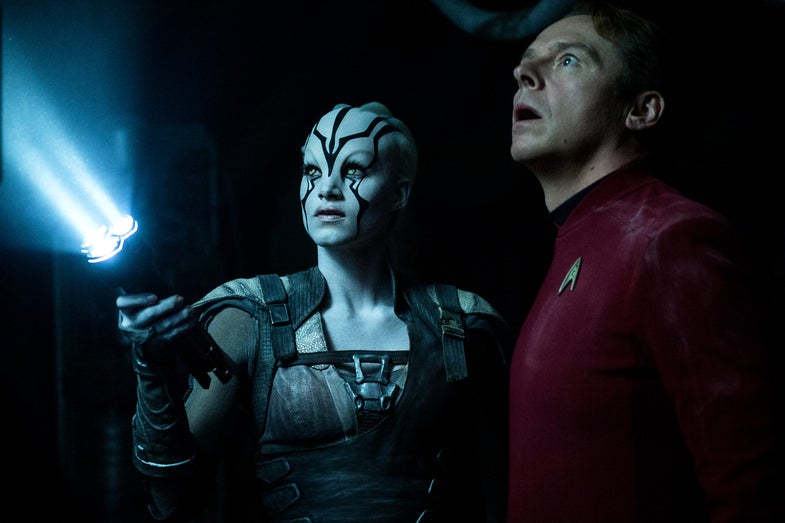 Jaylah and Scotty in Star Trek Beyond. Paramount
SHARE

History has taught me never to expect too much from a Star Trek movie, even though I’m an ardent fan of the television series. But Star Trek Beyond surprised me. I actually left the theater grinning. Here’s why.

WARNING: mild spoilers to follow. They shouldn’t ruin any major plot points, though.

Like the previous two movies in the J.J. Abrams-directed (now Justin Lin) reboot, Beyond is more action-packed than intellectually stimulating. But once you accept that, you can just sit back and enjoy the ride.

The movie’s non-stop action and silly jokes will keep the attention of the masses, while subtler references to Star Trek canon will please the more hardcore fans. I particularly enjoyed the seatbelt homage.

2. We get to see the crew off-duty

Unlike in The Original Series, where we the viewers only see the crew with their uniforms tightly buttoned, the beginning of Beyond gives us a brief but delightful look at the crew with its pants down. The flirtations, hookups, and the boredom that inevitably comes with wandering aimlessly through the galaxy for years on end.

This terrifying horde of enemy ships is probably the perfect weapon against the USS Enterprise, which is just not equipped to target such a large amount of small vessels. It also seems pretty on-point with the future of warfare. 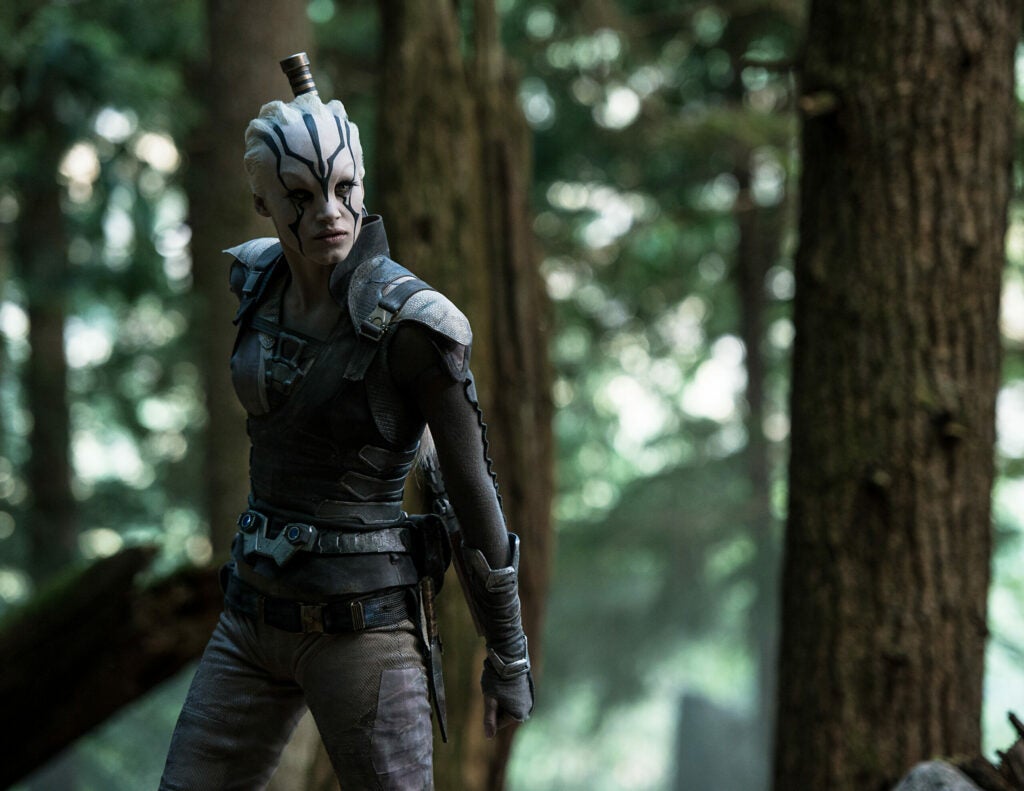 This new character was an awesome addition

Introducing a new main character to a beloved franchise can be tricky, but Jaylah ended up being arguably the best character in the movie. She’s a bad*** who knows how to fight, and can even compete with Scotty’s engineering chops.

The dynamic between these two is both funny and cute. I don’t think I was the only person hoping these two would get together in the end. If only Scotty would stop calling her “lassie.” Please just stop.

Two very important persons were lost between Into Darkness and the premier of Beyond. The first was the venerable Leonard Nimoy who played the definitive Spock in The Original Series. He died in February 2015. Anton Yelchin, who does a great job playing Chekhov in the new movies, also died tragically in June. The movie pays its respects to both.

Sorry, George Takei: the decision to make Sulu gay just works. It may not be what Gene Roddenberry imagined, but Roddenberry also had a lot of messed up ideas about the future and how to tell a story.

What I Didn’t Love

Typical of a summer blockbuster, all the characters basically end up in the same place they started without undergoing any major changes. The most emotionally wrenching part of this movie is POTENTIAL SPOILER ALERT when the Enterprise gets destroyed, and that’s an inanimate object.

Because the characters are not fully formed, the dynamics between them fall flat. Spock and McCoy spend a lot of time alone together in this film, but the “revealing” bits about their friendship don’t have an impact because the movie never sets up the conflict inherent in their relationship.

2. The villain is not quite believable

Krall gets a decent backstory, but it feels incomplete. I’m going to be vague here to avoid any spoilers, but what really is this guy’s motive? Hating Starfleet is one thing, but why not just leave it alone? Why do you need to kill ALL the humans? Plus, his war against unity is at odds with the way he commands his troops.

3. Killing the swarmbots should not have been that easy

Spock comes up with a pretty smart way to defeat this insect-like killing machines, but the result is a lot more fiery than I think we could reasonably expect.

Definitely worth watching! Star Trek Beyond comes out in theaters on Friday, July 22.