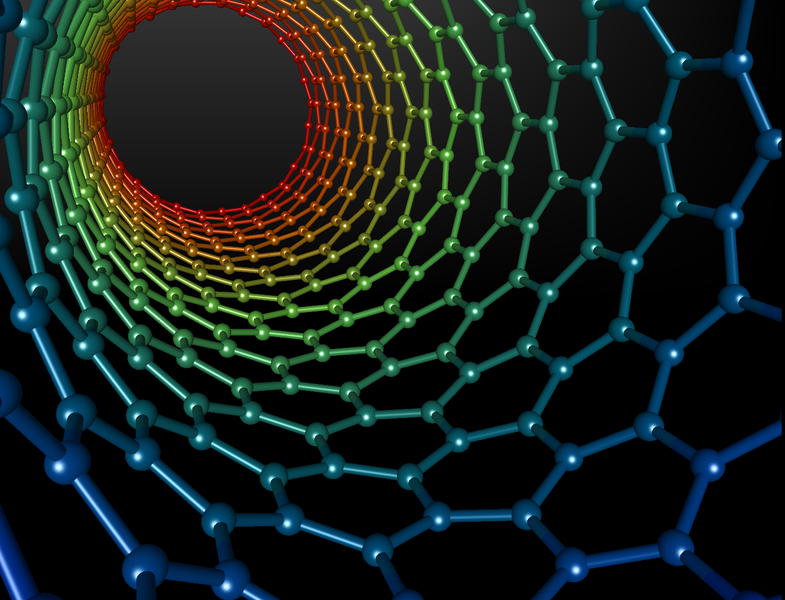 Scientists have long been on the lookout for more efficient ways to identify particular molecules in the body, because their levels can be indicative of dozens of different health conditions. Now a team of researchers has developed implantable carbon nanotubes that light up in the presences of specific molecules, as the scientists announced last week at the meeting of the American Chemical Society and reported in Nature News. That could lead to faster—or even automated—diagnoses of diseases that currently take several days.

Carbon nanotubes are minuscule cylinders made of graphene and coated with another type of polymer—they are flexible and easy to modify for different purposes, which is why researchers have found uses for them in bringing molecules in and out of cells or checking to see if meat has gone bad. To use the nanotubes to diagnose diseases, the researchers designed special polymers that respond in the presence of a biological molecule they’re interested in. A special sensor in the nanotube transmits the signal back to a computer that can process it.

In their presentation the researchers outlined experiments conducted in mice with carbon nanotubes designed to detect insulin, key for diagnosing diabetes; fibrinogen, a protein necessary for blood clot formation and an indicator of liver disease or other inflammatory diseases; and nitric oxide, a molecule the body produces if cancer is present. The researchers engineered the polymers to sense a particular molecule. They tested the carbon nanotubes in blood samples outside the mice, then they implanted the devices inside the mice. The nanotubes worked—they transmitted a continuous signal and, when inside the body, didn’t break down or cause a reaction for 400 days. The nitric oxide sensors in particular worked well, as they were injected into the bloodstream and were even able to pass through the tiny capillaries in the lungs.

Given the cost of carbon nanotubes, it probably makes more sense that traditional blood tests will be used for most types of diagnosis, at least in the foreseeable future. But if carbon nanotubes perform similarly well in humans, they could be useful for continuous monitoring of patients in precarious conditions.