One of the best noise-cancelling options on the market gets an update. 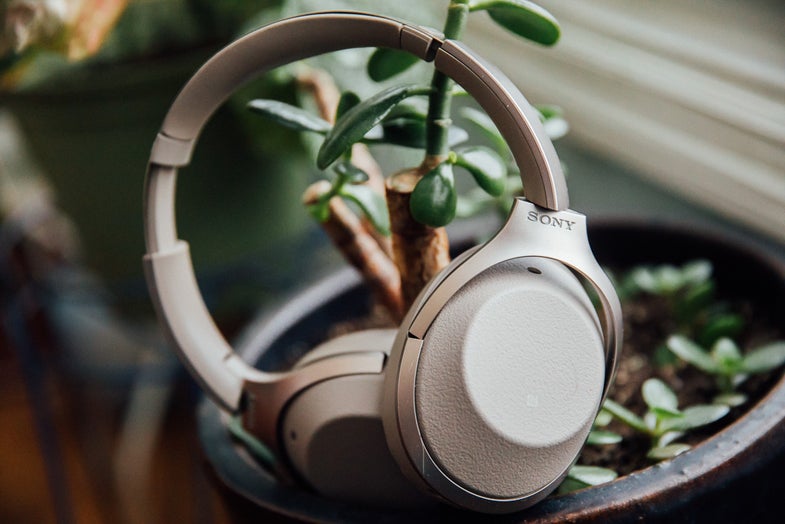 There are a lot of over-the-ear noise-canceling headphones on the market right now. Seriously, take a walk down the headphone aisle at the local big box electronics store and you’ll find an embarrassment of ear-cradling riches. Sony’s original 1000X headphones were an important addition to the market, taking a lot of what Bose does well and adding a mix that’s more conducive to bass-heavy music. Now, Sony has updated its popular cans, and the results are still very impressive.

You can get a pretty good idea of what you’re getting into here just by looking at the 1000XM2 headphones. They’re big, squishy ear mattresses that crank out sound and cancel noise from the outside. Sony has done some work on the noise canceling tech, including a few automatic adjusting modes, like one that raises or lowers the intensity depending on your altitude, a nod to how often frequent travelers reach for this kind of can. 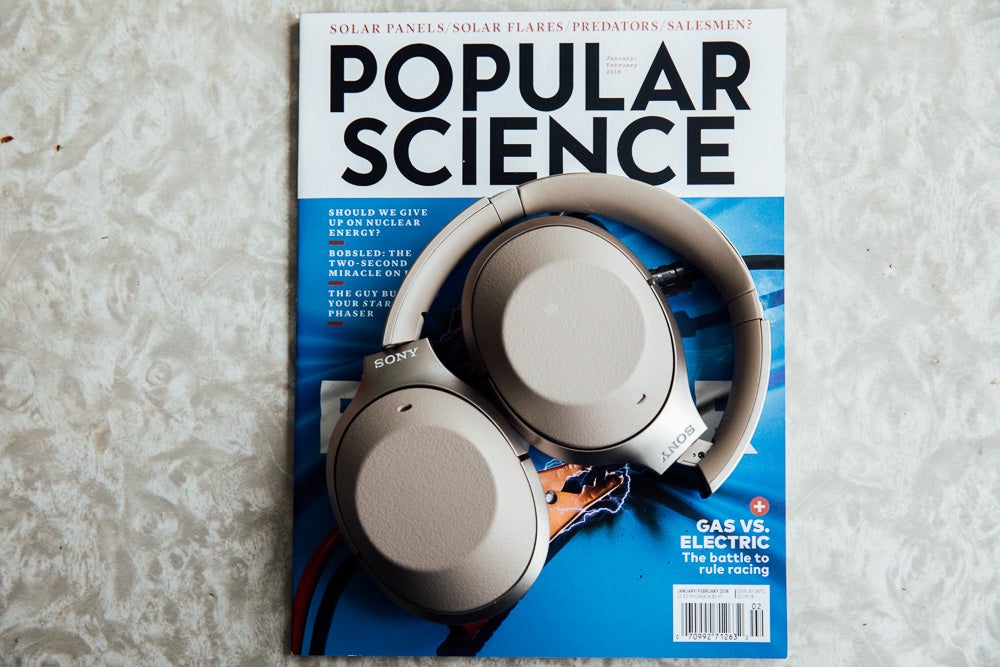 There’s an extra hinge on the 1000XM2s to help them fold up for transport.

The fit is great. I have a great big Frankenstein head that tends to make headphones squeeze, even when they’re built for DJ applications. These, however, stayed comfortable for hours at a time. The leather ear cups are squishy, the headband is roomy enough for the top of my head, and the cans themselves are big enough to fit over my ears. Other testers with normal-size and even small heads found them similarly accommodating. Not much has changed here since the first version, and that’s just fine by me.

Battery life is still great, which is something we’ve come to expect for sizable headphones like this. They promise more than 20 hours of wireless listening with noise canceling, and while I didn’t bust out the stopwatch and stare at them for a full day, I easily went a couple work days before I even had to think about plugging them in.

NFC helps the headphones pair quickly, and the Bluetooth really never dropped while I was using them. Once you step up from small earbuds to big headgear like this, the connection and battery advantages become very obvious. 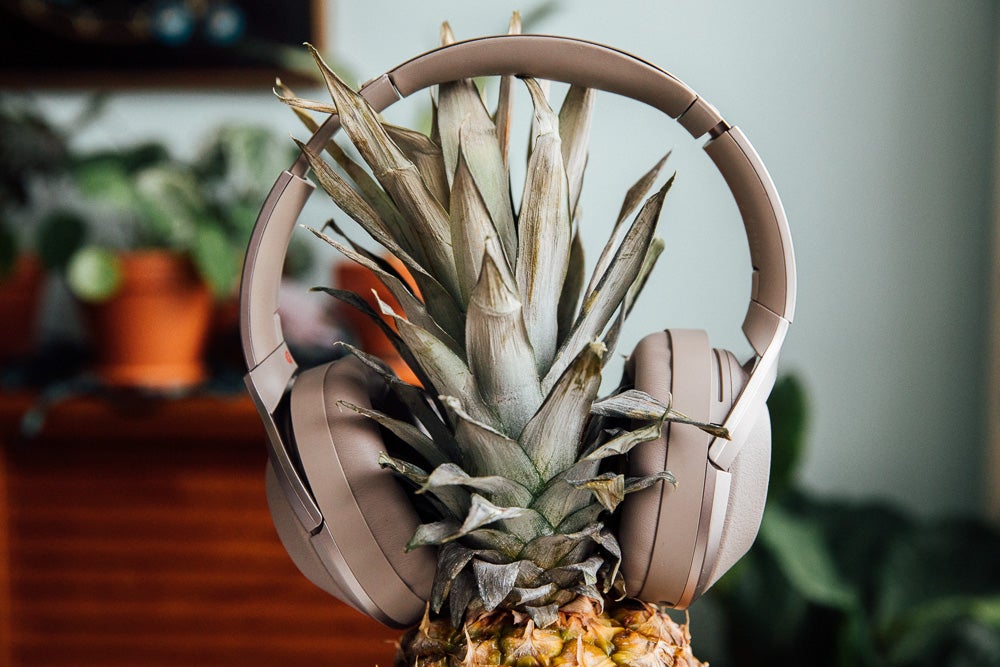 They fit my giant head, but they also fit this skinny pineapple.

If you’re used to Beats, you’ll likely find these to be more balanced. If you’re used to Bose, then you’ll probably hear more bass than you’re used to. This is such a subjective thing, but I like the tuning on these. It handles the weird background effects offered up by Run the Jewels without stepping on the heavy bass. It keeps up with the compressed, helicopter-style double bass on the new Morbid Angel record, which is sometimes a challenge for big headphones.

It’s ultimately a little heavy on the low-end, so if you love super crisp jazz or a lot of intricate vocal performances, then the Bose might work a little better for you. But the Sony phones definitely bang harder, as they say.

The new adaptive noise cancellation feature is interesting: The NC adjusts automatically, depending on what you’re doing while you’re listening. For instance, it’s reduced when you’re walking around, so you can stay aware of your surroundings. But even after a couple weeks of usage, I’m not entirely sure it’s all the way there yet. I like the idea and I think it has potential, but it’s finicky, and I still prefer to be able to choose my own level of noise canceling like with the Libratone Q. 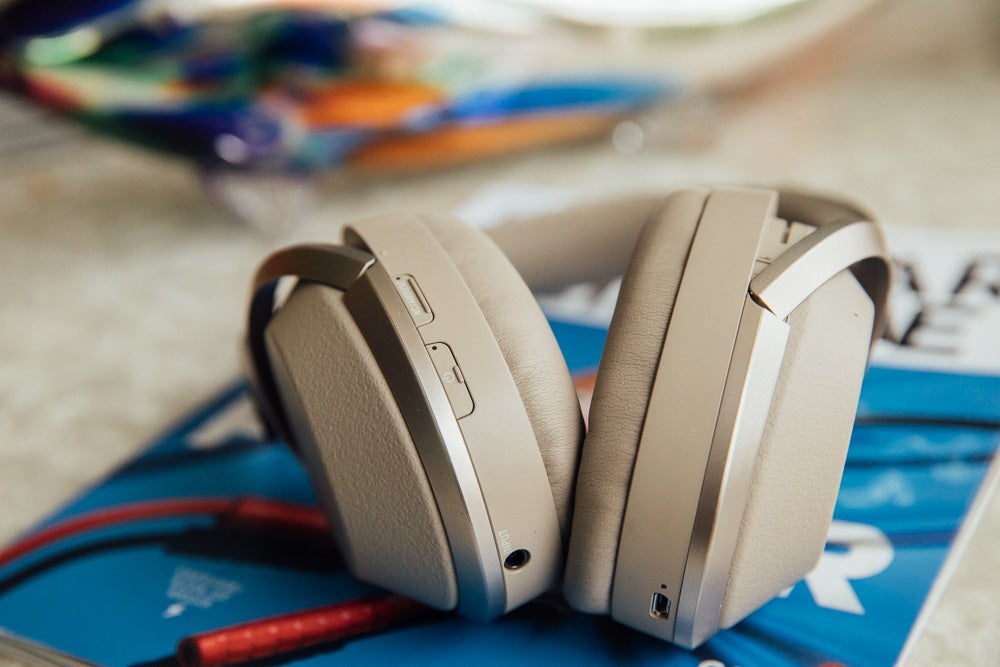 The layout is simple

There’s not a lot going on in terms of buttons on these headphones. There’s no USB-C port; instead, there’s a microUSB, which already feels a little dated.

The touch-based controls haven’t changed from the old version. You can gesture on the outside of the right phone to control music: It has volume up and down, as well as track skipping back and forward. This works most of the time—it’s not as reliable as a button, but it’s more reliable than some other headphones I’ve used. Ahem. 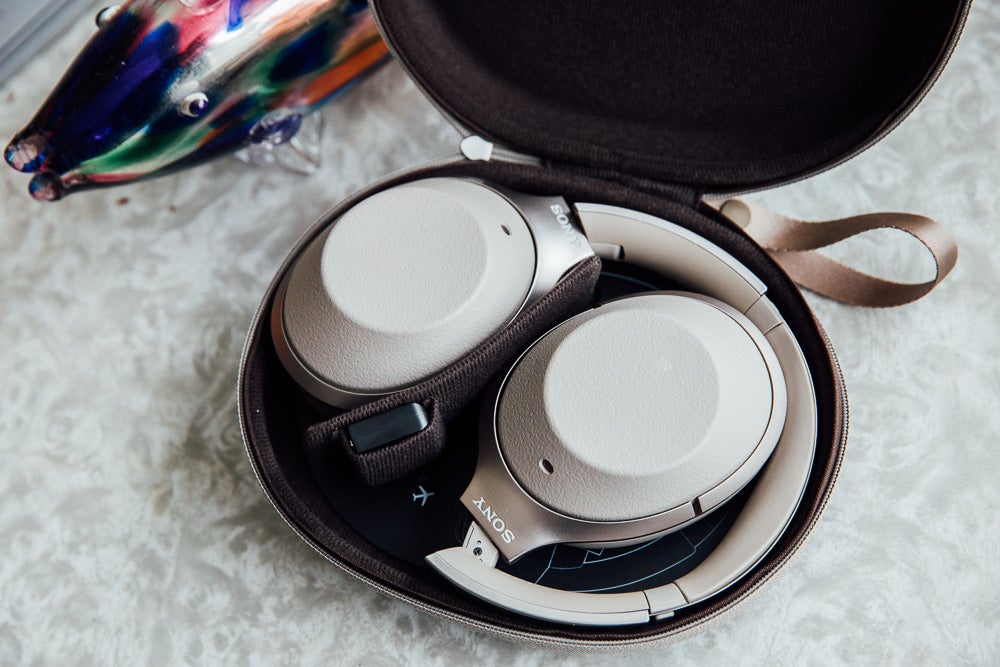 A carrying case is crucial for travel headphones, and the Sony cans come with a sturdy one. The cables, however, stay on the outside in an elastic pocket, which feels secure, if not perfectly so.

Should you buy them?

Here’s where things get a little tricky. Right now, you can get the 1000XM2 for $299, which actually makes them cheaper than most of the headphones with which they directly compete, like the Bose and the B&O. However, you can get the older model 1000X headphones for $229 and that seems like a really great deal when you consider how similar the Mark II really is. Still, both versions are excellent, and they will certainly protect your ears from the guy snoring across the aisle on the redeye flight the travel department made you take to save $30.