Sonomax's ultra-cheap (comparatively, anyway) custom-fit earbuds might be the perfect set of earbuds for the gym 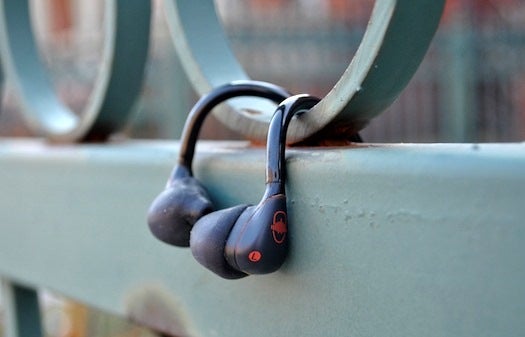 Ears vary wildly from person to person, with all kinds of weird and/or oogy topographical variation–ridges, valleys, craters, mesas, archipelagos. (Probably not archipelagos.) And the ear is particularly sensitive to the earbuds with which you thoughtlessly penetrate it on a daily basis: Off-the-shelf earbuds’ imperfect fit can cause diminished sound quality as well as ear-canal discomfort. Earbud connoisseurs get theirs professionally custom-molded to the contours of each individual ear, but custom earbuds often cost about as much as a lightly-used Vespa. Enter the Sonomax Eers, which take a mere four minutes for molding and cost a fraction of the price of competing custom ‘buds.

Montreal-based Sonomax aims to take the prohibitively high-end custom-fitted earbud and bring it down to a price point normal people (which is to say, not professional DJs) can afford. To do that, they’ve created the SonoFit system, which looks like something in between a pair of mid-weight headphones and an audio-based Ludovico device. You clamp it onto your head and insert the deflated rubber earbuds into your ears, and the machine squeezes liquid silicone into those earbuds, fitting them to the shape of your ears in the same way a water balloon would. In four minutes, the machine has created perfectly-fitted custom earbuds, ready to use immediately.

That’s very different from the usual way custom-molded earbuds are created: Those from Ultimate Ears, for example, require a visit to an audiologist, a specialist who will create a rubber molding of the inside of your ear. Then those moldings are sent to the company, who will create the custom earbuds and ship them back to you. Not only is the price often exorbitant (upwards of $1,000 is the norm), the process can take weeks, which I think we can all agree is significantly longer than the four minutes the Sonomax kit requires. 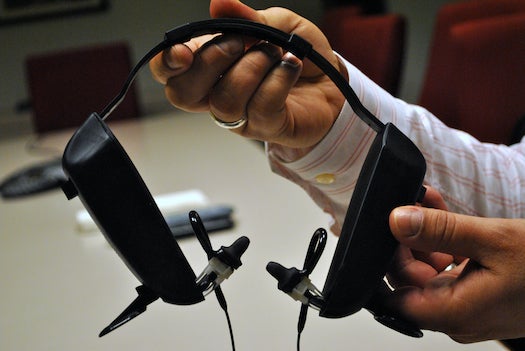 This contraption clamps onto your head and squeezes goop into your ears.

The actual process of fitting the earbuds definitely has a back-alley dentist feel, but it’s more unfamiliar than uncomfortable. The silicone is oddly cold, and in seconds your ears are filled, blocking out outside noise as if your ears were waterlogged. When Sonomax says it’s a four-minute process, they aren’t lying: It took four minutes to the second. The machine does a pretty polished job–the earbuds are smooth and firm, with no unfinished ridges or any other spots of discomfort.

In terms of wearing the Eers, I found that they performed best while working out. For one thing, they have non-removable hooks to go over the tops of the ears–usually I don’t like the ear-hook design, but it helped keep them in place while exercising. I found them more comfortable than rubber-tipped ones, and more resilient/less gross than foam-tipped ones (we shall not discuss the horror that is plastic earbuds).

The price is far lower than any reputable custom earbud–the very cheapest custom Ultimate Ears model clocks in at $450, more than twice the cheaper Eers model and $150 more than the pricier Eers model I tested. Plus, those Ultimate Ears earbuds require you to go see an “audiologist” who can fit them to your ears–and you may not have one nearby.

The Eers are made of rubber that’s quite firm, thanks to the hardened silicone filling, so even though they’re molded to the shape of your ears, they’re kind of stiff and inflexible. That leads to small fitting problem: The earbuds need a slight amount of liquid to form a quality seal in the ear. Sonomax gave me a tiny bottle of ear-lube, which has proved damned difficult to explain to strangers, so I usually leave it at home. Water works just fine, though, as does (not to be gross, but I’m about to, so) sweat, which is partly why they’re great exercise ‘buds. Natural lubricant! Disgusting! Effective!

Even with the required lube, I found that the seal is not as complete as with my foam-tipped Shure earbuds, though it’s infinitely better than those ludicrous plastic-circles-of-pain earbuds that come packaged with iPods. The Shures can block out airplane noise; the Eers have trouble blocking out the sound of my own exhausted breathing after three minutes on the elliptical. 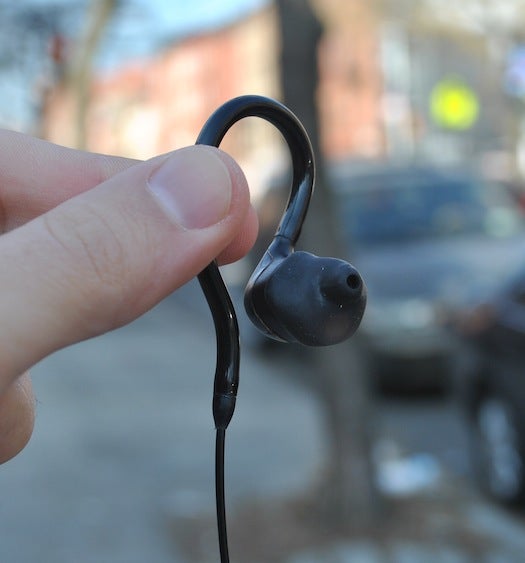 This is what the inside of my left ear looks like. You’re welcome.

The sound quality of the earbuds is also not thrilling. Again, it falls somewhere between the tinny garbage of sub-$50 earbuds and the lush quality of my mid-end Shures–the latter of which is actually much cheaper than the Eers. If you’re a bitrate snob or if you demand extras like an inline volume control or cloth-protected cabling, you’ll be disappointed with the Eers, but for most people they’ll be totally adequate.

Sonomax’s Eers are a pretty interesting product, but not a perfect one. The molding process is very fast and easy, and the final fit–barring some sealing issues–is excellent. But the rampant cost-cutting that allowed Sonomax to create a $300 custom earbud shows up in unfortunate places. The cable is very thin, there’s no inline volume control, and the drivers themselves are not particularly high-end. What I would really love is if Best Buy or Guitar Center or whatever had a few of the custom fitters in the store, and charged maybe a $50 premium over the actual cost of the earbuds (which can’t be more than $50 alone) to get them fitted. There’s no point in the customer paying a ton of extra money to have a one-time-use earbud fitter (the fitter is recyclable but not designed for multiple uses), especially when a $300 pair of Shures or Etymotics or Ultimate Ears are so superior sonically. That being said, the Eers have become my exclusive gym earbuds–I’ve never had a pair that fit so naturally for that use. Not that they get a ton of use or anything.