Think twice before going on a shopping spree this Black Friday and Cyber Monday. 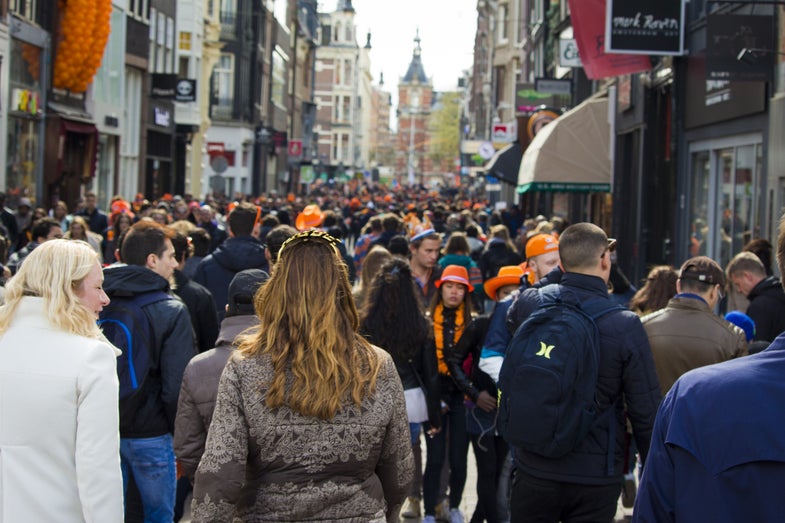 Click here for all the best Black Friday deals on the web.

Leaked Black Friday ads have changed the shopping game for bargain hunters, says Stephen Baker, veteran tech industry analyst at market research firm NPD Group. Now, he says, people who queue up hours before store openings can be better informed about what they’re waiting in line for, and whether it’s worth their time (and shivering).

A big part of being a savvy shopper, Baker says, is realizing that the items getting the deepest discounts this weekend might not be top-drawer loot.

“If you’re an early adopter, or if you want the absolute latest and greatest product, those aren’t things that are best priced on Thanksgiving weekend,” he explains. “The deals on those kinds of products are similar to the kind of deal you’re gonna get any other part of the year.”

If you’re in this mall-hopping, line-waiting, elbow-throwing madness to get quality products—things with decent enough specs that you won’t have to up and replace them in a year or two—there are some bargain-basement temptations worth avoiding.

Major holiday markdowns are built into TV makers’ and sellers’ plans, which means there are models designed specifically to have their prices slashed come Thanksgiving weekend.

“It’s not like [retailers] are sweeping out the basement, and they found a million 32-inch TVs,” Baker says.

Debutante season for new computers is back-to-school time. Manufacturers roll out faster and more-powerful machines between August and October. That cycle means November is far too soon to expect any deep discounts on top-shelf hardware.

If you want to score a serious deal on a screaming-fast laptop, you’re best served waiting for inventory-clean-out time in July.

Even though it’s the holidays, people are mostly shopping for themselves on Thanksgiving weekend, but in the off-chance you were considering snapping up a tracker for Mom, Baker cautions you to think twice.

Fitness-tracker sales have slowed over the past two years, as the Apple Watch has continued to gobble up more of that market. If you already have some sort of activity monitor, however, research has shown that you either don’t wear it every day or likely stopped wearing it at all within six months. So take a step back and ponder this: If you walked away from your step-counter, won’t Mom, too?

Heading out of Baker’s purview, it’s important to acknowledge that one of the top-selling categories over the weekend is clothes—specifically winter outerwear like snow boots and down coats, which can see their prices slashed in half. We know it’s starting to get chilly out there, but holding out for New Year’s sales will save you even more green. Why? That’s when stores start to clear out winter stock to make room for spring collections.

What You Should Buy: Bluetooth Headphones

Like it or not, that familiar ol’ headphone jack is in our collective rear-view mirror. Apple dropped the jack with the iPhone 7 and hasn’t brought it back to a flagship device since, and the Google Pixel 3 is also minus a 3.5mm jack. These two giants weren’t even the first: Motorola booted the headphone plug off its Moto Z back in June of 2016. Bluetooth headsets will continue to be big sellers this season. Consider scooping up a pair while prices are low, or be doomed to lose your adapter dongle forevermore.