No captive tiger has ever been released in the wild. 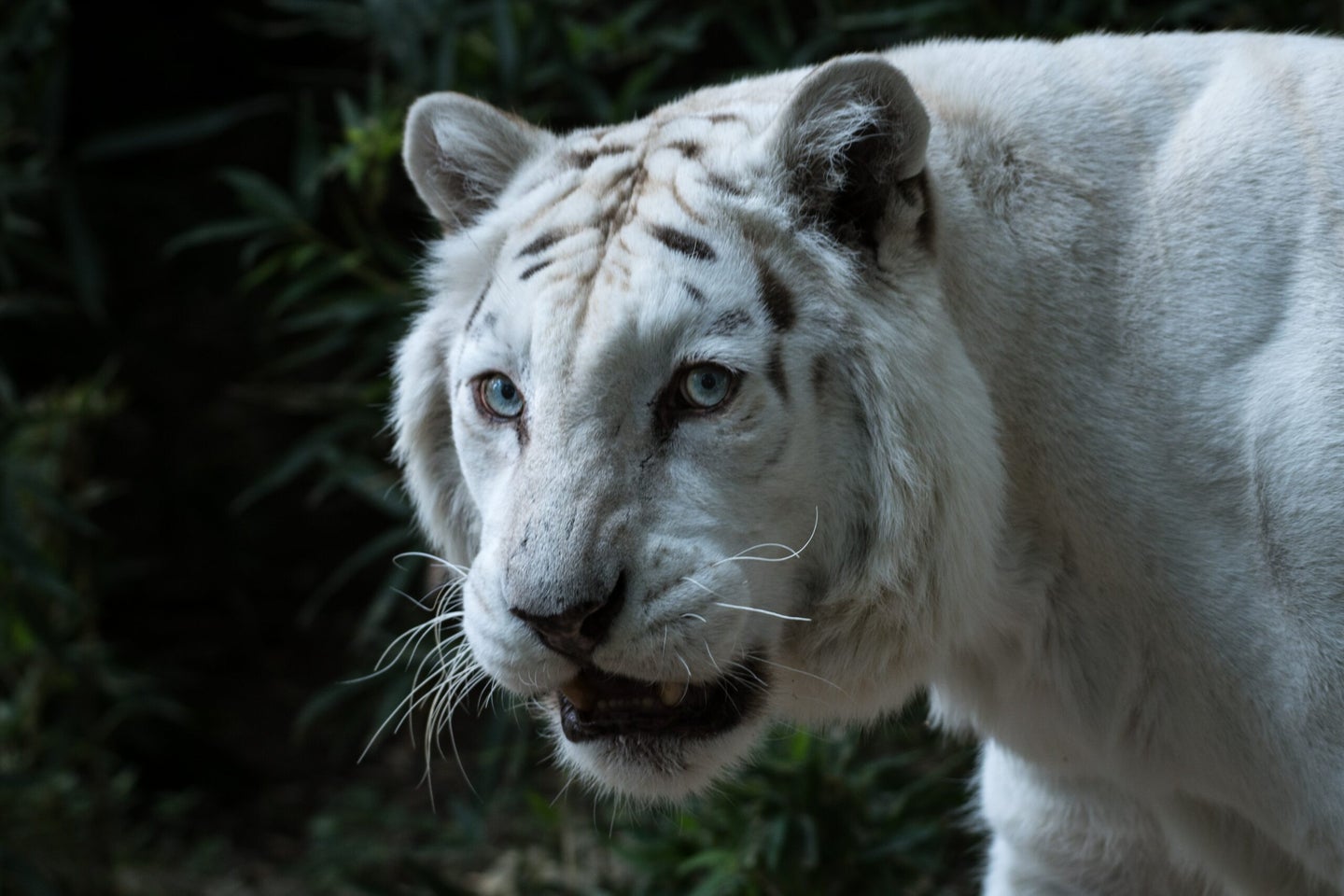 To Allison Skidmore, a Ph.D. candidate at the University of California, Santa Cruz, who studies wildlife trafficking, the documentary didn’t bring enough attention to the scourge of captive big cats.

A former park ranger, Skidmore first started studying the issue in the US after the infamous death of Cecil the Lion in Zimbabwe in 2015. She was shocked to learn about how little oversight there was stateside. We asked her about the legality, incentives, and ease of buying and selling tigers.

How many captive tigers are in the US?

Unfortunately, there’s no straightforward answer. The vast majority of captive tigers are crossbred hybrids, so they aren’t identified as members of one of the six tiger subspecies—the Bengal tiger, Amur tiger, South China tiger, Sumatran tiger, Indochinese tiger, and Malayan tiger. Instead, they’re classified as “generic.”

Less than 5 percent—or fewer than 350—of tigers in captivity are managed through the Association of Zoos and Aquariums, a nonprofit organization that serves as an accrediting body in the US. They ensure accredited facilities meet higher standards of animal care than required by law.

All the rest are privately owned tigers, meaning they don’t belong to one of the Association of Zoos and Aquariums’ 236 sponsored institutions. These are considered generic and fall outside of federal oversight.

There’s no legal requirement to register these generic tigers, nor a comprehensive national database to track and monitor them. The best educated guess puts the number of tigers at around 10,000 in the US. Estimates put the global captive tiger population as high as 25,000.

How do tigers change hands?

The Endangered Species Act and the Convention on International Trade in Endangered Species of Wild Flora and Fauna prevent the importation of tigers from the wild. So all tigers in the US are born in captivity, with the rare exception of an orphaned wild cub that may end up in a zoo.

Only purebred tigers that are one of the six definitive subspecies are accounted for; these are the tigers you see in places like the Smithsonian National Zoo and generally belong to the Species Survival Plan, a captive breeding program designed to regulate the exchange of specific endangered species between member zoos in order to maintain genetic diversity.

All other tigers are found in zoos, sanctuaries, carnivals, wildlife parks, exhibits, and private homes that aren’t sanctioned by the Association of Zoos and Aquariums. They can change hands in any number of ways, from online marketplaces to exotic animal auctions. They can be bought for as little as $800 to $2,000 for a cub and $200 to $500 for an adult, which is less expensive than many purebred dog puppies.

Can I legally buy a tiger?

The US is plagued with complicated and vague laws concerning tiger ownership.

However, there are no federal statutes or regulations that expressly forbid private ownership of tigers. State and local jurisdictions have been given this authority, and some do pass bans or require permits. Thirty-two states have bans or partial bans, and 14 states allow ownership with a simple license or permit. Four states —Alabama, Wisconsin, North Carolina and Nevada—have no form of oversight or regulation at all.

An overarching, cohesive framework of regulations is missing, and even in states that ban private ownership, there are loopholes. For example, in all but three states, owners can apply for what’s called a “federal exhibitor license,” which is remarkably cheap and easy to obtain and circumvents any stricter state or local laws in place.

You now need a permit to transport tigers across state lines, but there’s still no permit required for intra-state travel.

What’s in it for the owners?

Some see it as a business venture, while others claim they care about conservation. I consider the latter reason insincere.

Many facilities promote themselves as wildlife refuges or sanctuaries. These places frame their breeding and exhibition practices as stewardship, as if they’re contributing to an endangered animal’s survival. The reality is that no captive tiger has ever been released into the wild, so it’s not like these facilities can augment wild populations. A true sanctuary or refuge should have a strict no breeding or handling policy, and should have education programs dedicated to promoting conservation.

Ultimately, tigers are big money makers, especially tiger cubs. The Animal Welfare Act allows cub petting from eight to 12 weeks of age. People pay $100 to $700 to pet, bottle-feed, swim with, or take a photo with a cub.

None of these profits go toward the conservation of wild tigers, and this small window of opportunity for direct public contact means that exhibitors must continually breed tigers to maintain a constant supply of cubs.

The value of cubs declines significantly after 12 weeks. Where do all these surplus tigers go? Unfortunately, due to a lack of regulatory oversight, it’s hard to know.

Since many states don’t account for their live tigers, there’s also no oversight regarding the reporting and disposal of dead tigers. Wildlife criminologists fear that these tigers can easily end up in the black market where their parts can cumulatively be worth up to $70,000. There’s evidence of US captive tigers tied to the domestic black market trade: In 2003, an owner of a tiger “rescue” facility was found to have 90 dead tigers in freezers on his property. And in 2001, an undercover investigation led by the U.S. Fish and Wildlife Service ended up leading to the prosecutions of 16 people for buying, selling and slaughtering 19 tigers.

What role does social media play?

Posing with tigers on social media platforms like Instagram and on dating apps has become a huge problem. Not only can it create a health and safety risk for both the human and tiger, but it also fosters a false narrative.

If you see thousands of photos of people with captive tigers, it masks the true problem of endangered tigers in the wild. Some might wonder whether tigers are really so endangered if they’re so easy to pose with.

The reality of the wild tiger’s plight has become masked behind the pomp and pageantry of social media. This marginalizes meaningful ideas about conservation and the true status of tigers as one of the most endangered big cats.