As Of Today, The World Has Used A Year’s Worth Of Resources 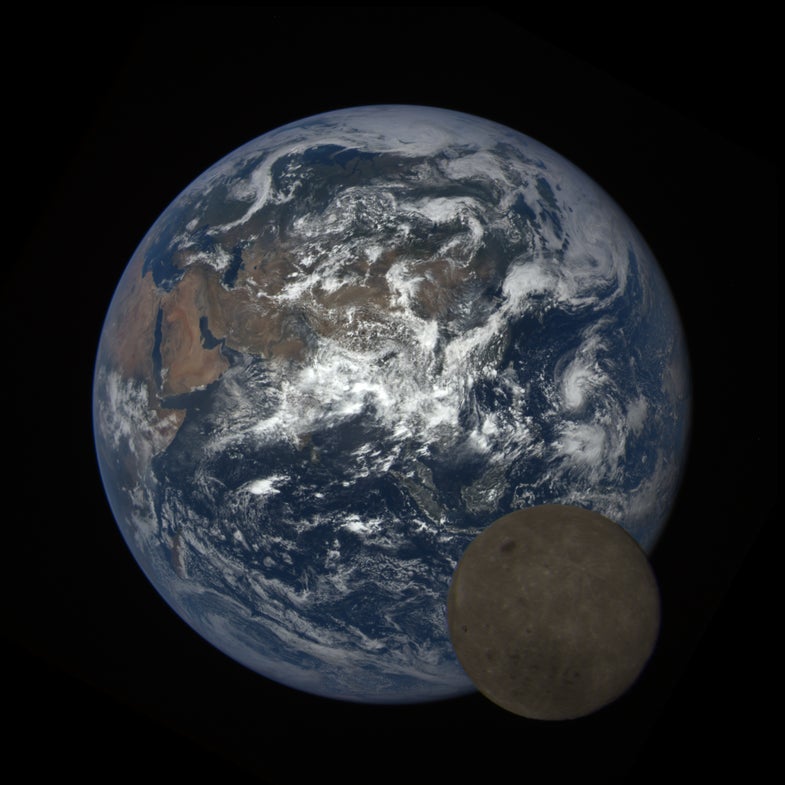 Our reserves are being depleted faster than they can be built back up.

Today, according to the environmental think tank the Global Footprint Network, is Earth Overshoot Day the day that we’ve used up as many natural resources as we can replenish in a single year.

In the video above, the natural resources crisis is compared to drawing down a bank account. We’ve ‘spent’ the amount of resources that have been budgeted to us, and that can be renewed in a single year. Everything from this point on is coming out of our savings accounts.

Of course, harvesting natural resources aren’t quite as simple as depositing money in a bank account. Variations in climate can change the growing season of different areas. Disease, conflicts, and labor issues can also change the supply chain. Then there’s the fact that most areas of the world still rely on some form of fossil fuels to drive energy and transportation sectors. Fossil fuels are a non-renewable resource — they won’t grow back every year, but are still part of our natural resource use.

To address the tricky fossil fuels part of the equation, instead of looking at how much natural gas or oil is coming out of the ground (a natural savings account), the report looks instead at how much carbon dioxide produced by human activity can be taken in by plants in a single year.

Back in 1987, Earth Overshoot Day took place on December 19. Now, we’re using that same amount of resources even more quickly, with the past six Earth Overshoot Days occurring in August. But there is hope. The rate at which Overshoot day is advancing down the calendar is slowing, and climate pledges by world leaders, including the Paris Agreement, mean that someday, we might only use what we have in our budget. 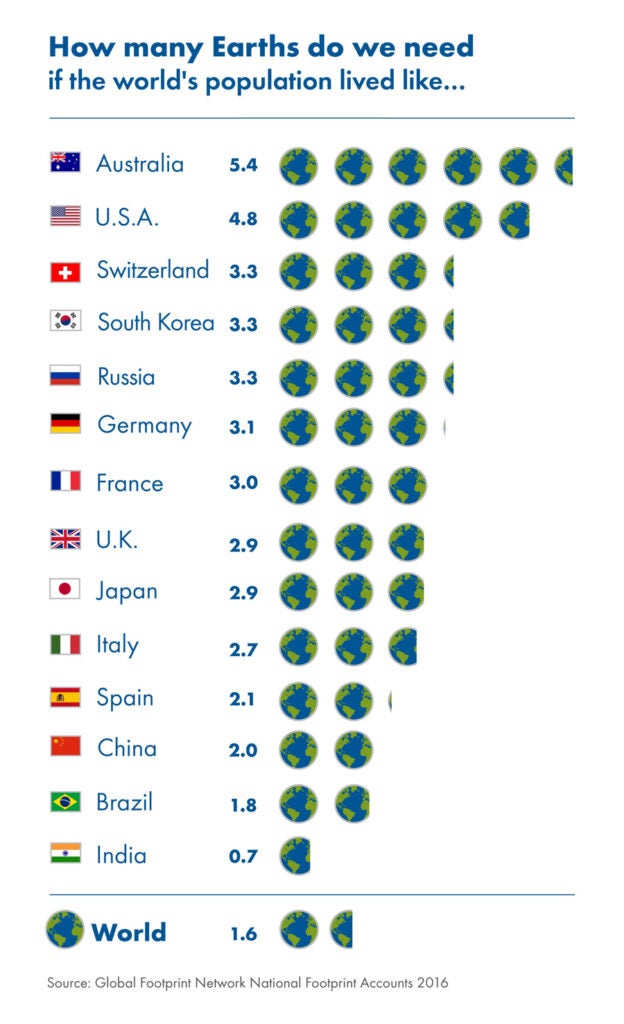 This infographic shows how many Earth’s we would need to supply the world based on current consumption of natural resources by country.