A Devil Frog Puked Up This New Ant Species

One creature's snack is another's discovery 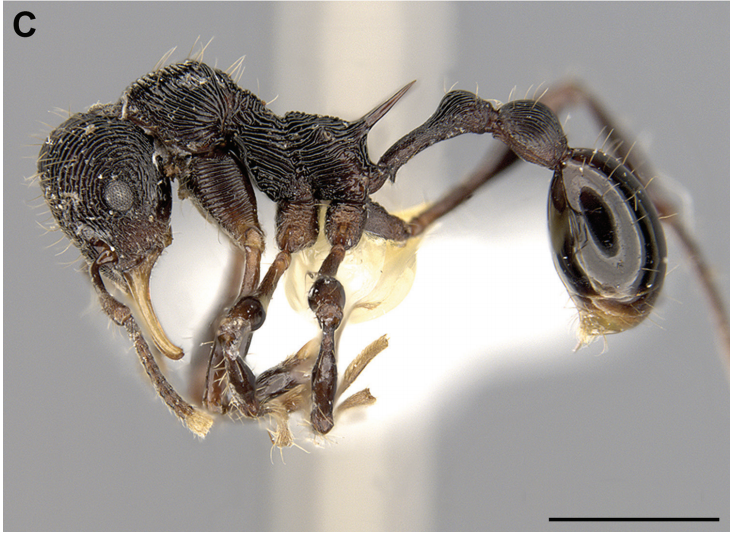 Out of the belly of a bright orange frog, a mysterious species of ant appears.

To gather clues about their diet and environment, researchers capture tropical frogs and flush their stomachs to make them vomit their lunch, then release them unscathed back into the wild. University of Rochester myrmecologist Christian Rabeling and colleagues used this method on tropical frogs. The frog is neon-orange and poisonous. It’s believed that their toxic secretions are thanks to a steady diet of ants, whose own diets contain alkaloids from plants. These alkaloids play a part in how poison dart frogs convert their own snacks into deadly defense mechanisms against larger predators.

The ant’s taxonomy, as outlined in their report published in ZooKeys, is filled with such koans as “Compound eyes large, protruding.” “Tarsal claws simple, elongated.” “Mandibles smooth, slightly shining.” It’s named for Bert Hölldobler’s 80th birthday, who has a “passion for ants.”

How, exactly, L. hoelldobleri affects the frog’s poisonous nature and how the ants carry on life in the wild is still a mystery, since the only ones scientists have seen so far are these poor barfed-up specimens.