Hyping The Next Big Missing Link

A spectacularly preserved fossil monkey makes its debut as a branded media event, while some scientists wonder what all the hype's about 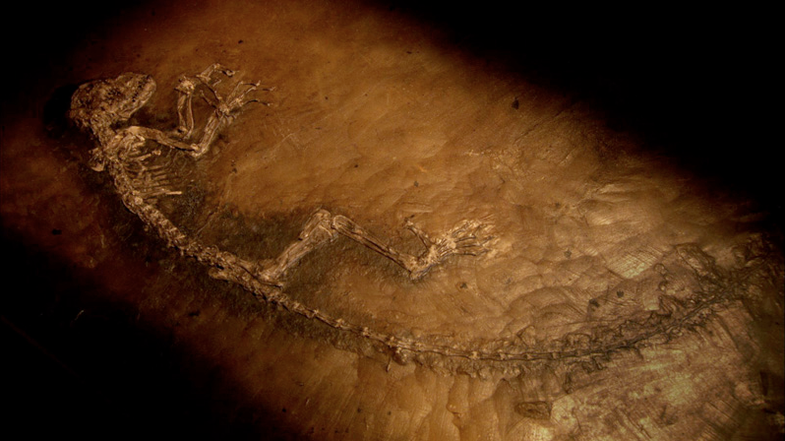 The term “missing link” first appearing in its modern connotation in 1863, and unfortunately, 146 years later, it hasn’t lost any of its power. Yesterday, amid massive media coverage, the American Museum of Natural History, a team of European paleontologists, and the History Channel unveiled a spectacularly preserved primate fossil that they dubbed “the eighth wonder of the world.”

The fossil, a preserved specimen of the primate Darwinius masillae, has been rolled out like a summer blockbuster, prompting varied reactions from scientists and science journalists across the media spectrum.

On the one hand, you have outlets like the Daily News, which calls the fossil “…a breakthrough that could finally confirm Charles Darwin’s theory of evolution.” Right. Because worries that the swine flu might become resistant to antiviral medication isn’t based on a confirmed theory, and definitely has nothing to do with evolution.

Conversely, The Wall Street Journal choose to ignore the hype, mentioning high up in the article that “In reality, though, all gaps in the fossil record are technically “missing links” until filled in, and many scientists say the term is meaningless.” The WSJ focuses on the science, and refrains from repeating hyperbolic statements from the paleontologists who found the fossil that compared this specimen to the Holy Grail.

The New York Times went an entirely different route, focusing on the media circus itself. And what a circus this is, as the History Channel is calling the specimen the most important fossil find ever, and as the NY Times notes, running comparing it to the Kennedy Assassination and the moon landing.

Seed Magazine’s ScienceBlogs puts the debate on the front page, and most of their bloggers come out solidly on the anti-hype side. In Laelaps, Brian Switek questions whether this specimen is indeed a missing link, saying, “have yet to see the paper, but I am skeptical of this conclusion. First, one of the main authors of the paper is Philip Gingerich, who has been maintaining the evolution of anthropoid primates from adapids for years despite evidence to the contrary.”

However, the best quote comes from ScienceBlogs big wig PZ Myers, who, in his blogPharyngula, says, “The hype is bad news, not because Ida is unimportant, but because it detracts from the larger body of the fossil record — I doubt that the media will be able to muster as much excitement from whatever new fossil gets published in Nature or Science next week, no matter how significant it may be.”

What do you think? Does the extensive, and at times exaggerated, coverage of the Darwinius fossil contribute to the public understanding of science by supporting evolution, or does the hype just lead to a general mistrust of science and the media? And how far is too far when publicizing a scientific discovery? I’m sure we all agree that comparing the discovery of this fossil to the moon landing cross the line, but I want to hear where you think the line is.