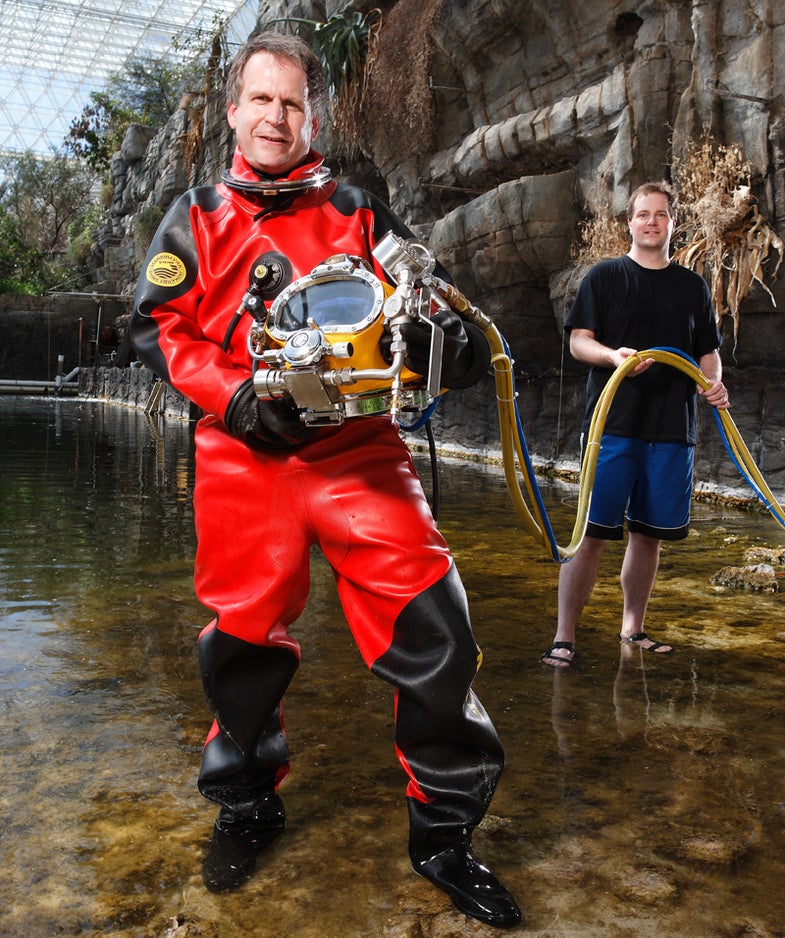 Paragon Diving System
Cost to Develop: $1.2 million
Time: 7 years
Prototype | | | | | Product
Diesel oil and raw sewage slowly trickled into Taber MacCallum’s eyes as he swam toward the sunken research ship he’d been called to help salvage. It was 1989, and Hurricane Hugo had devastated Puerto Rico three days before, dumping fuel and municipal waste into San Juan Harbor. As the young diver and analytical chemist worked to raise the ship, the seals on his diving equipment disintegrated in the muck that crept into his helmet. Every time MacCallum exhaled into the putrid water, his helmet let a few drops back in. 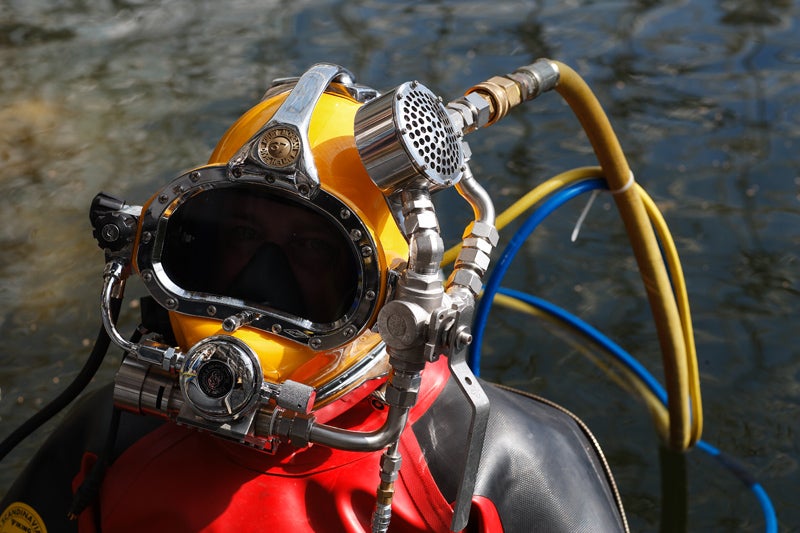 MacCallum’s dive helmet is the first that routes all exhaust air back to the boat rather than venting it into the water, completely sealing the diver from the chemicals outside.

Most contaminated-water diving is done by military and professional divers either as part of routine inspections or just after tanker explosions, natural disasters and pipeline breaks. “It can be hard to determine if a body of water is contaminated just by looking at it,” explains Phil Newsum, a former commercial diver who now heads the Association of Diving Contractors International. “But those pollutants will come right into your helmet.”

In 2001, shortly after sending its divers into diesel-fouled waters to repair the USS Cole, the U.S. Navy put out a request for a company to help it develop diving equipment designed specifically for contaminated water. MacCallum jumped at the opportunity. After two years living in the sealed environment of Biosphere 2, he had founded a company to design life-support systems for extreme environments. His latest project was researching a new space suit for NASA. And he’d never forgotten his San Juan dive. 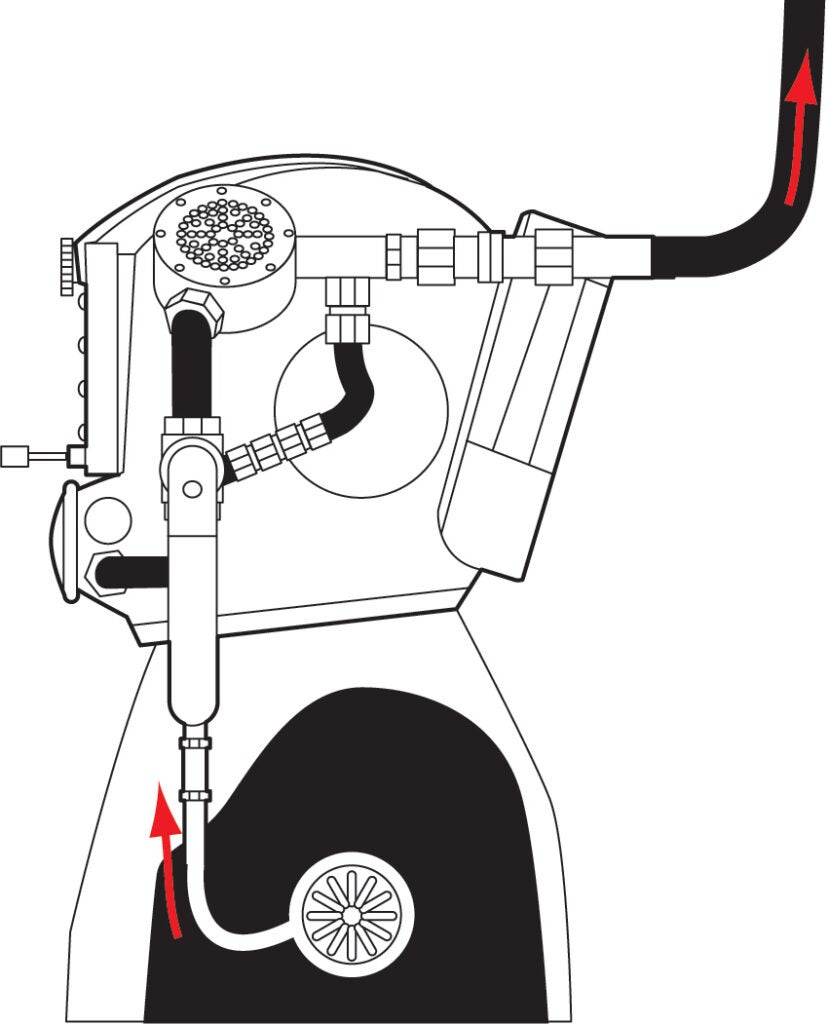 How the Paragon Diving System Works

A regulator valve on the side of the helmet sends to the surface both exhaled breath and excess air from the suit.

At that time, Navy divers typically worked in thick drysuits and helmets, but there were two key ways contaminants could breach that equipment. Water droplets could seep in through the valve on the helmet that vents exhaled breath or through the “dump valve,” which regulates the amount of air inside the drysuit to control the suit’s buoyancy. In addition, heavy fuels and industrial chemicals could degrade the silicone seals and diaphragms used in dive helmets.

To solve the first problem, MacCallum mimicked the way a space suit pipes all its exhaust back into a spacecraft, completely isolating the astronaut from the environment. He designed a new valve on top of the helmet that could regulate both the diver’s exhaled breath and air from the suit’s dump valve. Then he attached that valve to an exhaust tube set at a lower pressure than the helmet so that air is naturally suctioned up the tube and back to the diver’s support boat, where it’s vented. “As far as I am aware, no other system addresses the dump valve in this way,” says Lt. James Pearson, the manager of the Navy’s contaminated-water diving program. “The suit fully encapsulates the diver.”

To find a stronger material for the helmet’s seals, MacCallum spent three years exposing substances such as neoprenes, rubbers and silicones to jet fuel—a good litmus test because the fuel contains hundreds of chemicals. Many materials broke down within seconds, but in 2003, he discovered an elastomer blend that held up for hundreds of hours, far longer than anything in use today.

Last August, the Navy conducted manned tests of the prototype, and it may soon order five more units for testing. The equipment could be in regular use by next year—two decades after MacCallum and his friends finally raised that ship in San Juan. “It took me three or four days to fully recover from that dive,” he recalls, “and I was sick and nauseous the whole time.”