Jerome Rifkin's K3 Promoter mimics the jointed motion of a real foot for easier walking. Watch it in action 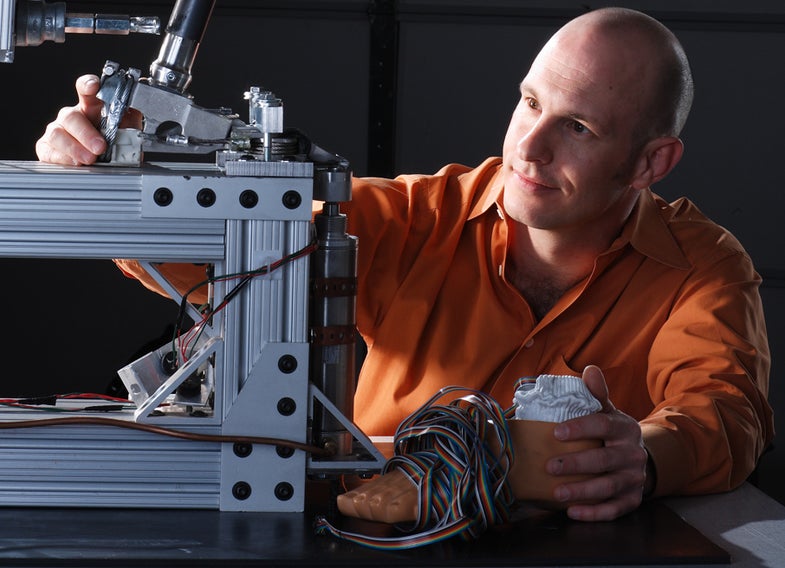 K3 Promoter
Cost to Develop: $100,000
Time: 8 years
Prototype | | | | | Product
Gordon Link, a diabetic and foot amputee, is not looking to climb Mount Everest, run a marathon, or snowboard off a cliff. “I just want to walk without stumbling like I’m a drunk,” he says. It may not sound like a tall order, but until he was fitted with a prototype prosthetic foot that simulates the body’s natural movements, walking on uneven ground was like navigating an obstacle course. “Hitting a low spot of even one inch with my old foot was like a non-amputee stepping into a four-inch hole,” he adds. “Not good.” 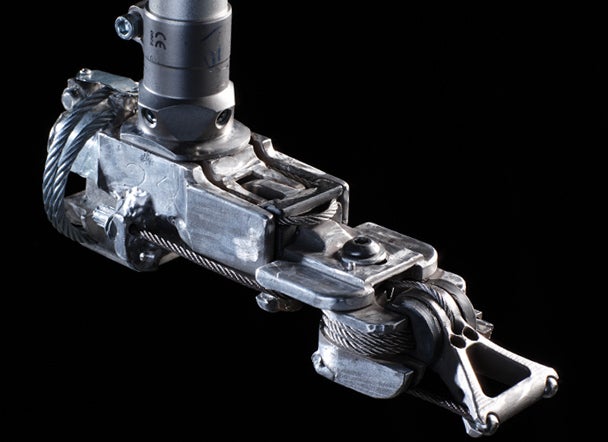 SMOOTHER THAN IT LOOKS

Link has been testing the new foot for the past six months, but 36-year-old inventor Jerome Rifkin has been building and rebuilding the flexible mechanical foot for more than eight years—ever since he broke his hip in a bicycle accident and spent three years learning to walk again. The mechanical engineer had studied prosthetics as an undergrad, but his physical therapy was a crash course in the biomechanics of walking. “That’s when I realized that prosthetic feet were nothing like natural feet,” he says.

With 26 bones, 35 joints, and the awesome responsibilities of weight-bearing and propulsion, the foot is one of the trickiest body parts to mimic. Today, amputees must choose between mechanical models, which rely on flat carbon-fiber platforms that bend slightly with each step, or a computer-controlled motorized foot that better reproduces a natural gait but can cost up to $18,000 and often isn’t covered by insurance.

Working by night in a Boulder, Colorado, cabin, Rifkin built something that combined the natural step of a bionic foot with the simplicity and low cost of a mechanical prosthetic. His jointed foot has a heel, a forefoot, a big toe—and no joint at the ankle. Instead, a novel midfoot joint, which connects the heel and forefoot, does the job of both the ankle and the arch. Like an ankle joint, it flexes up and down to give the wearer a more natural step. And, like a real midfoot joint, it creates a flexible arch in the middle of the foot. A spring and cable connect it to a second joint at the toe, to create extra push-off at the end of each step. Other tensioned steel cables serve as the tendons and ligaments that govern its range of motion—the user doesn’t control it, it simply responds to the pressure of walking. Because the front and back of the foot can move independently, it can react to uneven terrain. 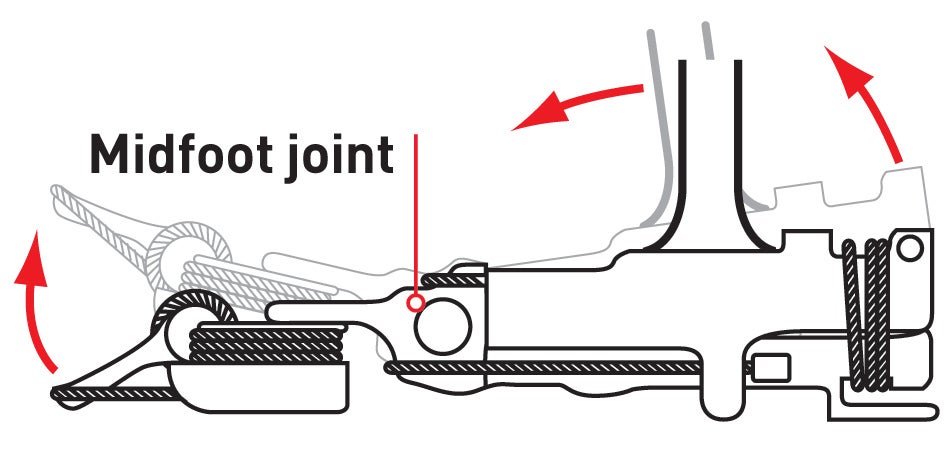 How the K3 Promoter Works

A flexible midfoot joint makes the prosthetic stable on uneven ground, and a spring-loaded toe provides push-off for each step.

With input from 11 amputee test users like Link, Rifkin is refining his fifth (and, he hopes, final) prototype, made primarily of magnesium for its strength and low weight. Early results indicate that the one-pound foot reduces the amount of energy required for each step because it uses the force absorbed by the spring and joints to help propel the foot forward. “It’s the equivalent of taking a 50-pound pack off your back,” he explains. That’s on par with the best bionic feet, without all the expensive motors and artificial intelligence.

Rifkin’s main concern now is with durability; a spring keeps popping, mostly because he nicks and weakens its cables during the amputee fittings. “If he can work out the durability issues,” says Stanford University prosthetist Gary Berke, “then it could be excellent for the active adult who wants to walk through the city or hike in the park.” As for Link, he’s moving on to tougher terrain. “It’s so natural, I can walk on a golf course.”