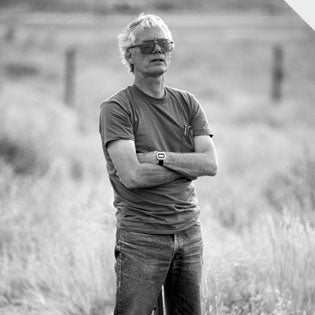 Robert Gannon, who passed away on Nov. 3, wrote more than 117 major articles for Popular Science. While reporting his last piece, “Jump! Jump!” (Jan. ’03), a profile of high-altitude skydiver Cheryl Stearns, Rob experienced the feeling of falling through space firsthand. Because of space constraints, we didn’t run the piece in the magazine, but here it is below, a fitting example of Rob’s enormous skill as a writer and reporter.

HOW CHERYL STEARNS TAUGHT ME TO FLY

It’s silent in the vertical wind tunnel this early January morning. The insulation that holds sound in also holds it out. Smells like old leather in here — probably all that cushiony padding surrounding us, soft walls in case we’re flung against them.

Mike Sweeney talks as though it’s his tunnel, this octagonal, tan-colored silo four stories high on the grounds of Fort Bragg, N.C. Sweeney is the manager, and the guy who controls the 3,500-hp Babcock fan looming above. It’s the largest vertical wind tunnel in the world, he says, built to train special warfare parachutists in full battle gear for HALO (high-altitude, low-opening) jumping — the technique of waiting as long as possible between bailout and rip-cord pull.

And that’s why space diver Cheryl Stearns suggested last night that I try it out: “That’s a really neat way to get a feel of what falling through space is like.”

Essentially, the facility is just a fat, double-walled silo with a 17.5-foot fan near the top that sucks air up, then blows it down through the walls to rise once more up the center. Halfway up, over the 14-foot center airshaft, a stiff net stretches, surrounded by cushioned walls the color of billiard felt. When Sweeney flips the fan on, wind will blow up the tube at somewhere near 130 mph. I can then launch myself out over the net into a draft so powerful it will hold me aloft. I can practice my plummeting-to-earth form. So I’m told.

Of course, the whole thing is routine to Stern, 47, the woman who plans to step from a balloon 130,000 feet up. She’s been practicing her form here for years. She’s with me now, squeezed into a snaky, jet-black jump suit, her 130-pound body thin as a lizard’s. But a few weeks from now she won’t look so svelte. Then she’ll be practicing in a full spacesuit, one that’s stiff and bulky and adds another 150 pounds to her weight.

But today, for her, riding on the wind is simply fun.

Earlier, Sweeney dressed me in a pumpkin-orange jumpsuit and adjusted my full-visor helmet — he was vexed as he tucked in my non-military ponytail. He pulled off my watch (could become a missile) and handed me earplugs. Now, watching us through glass on an outer ring, Sweeney turns on the fan, and as the rpm’s increase, I adjust those earplugs. Noise grows to 122 decibels.

Stearns trots up to the pillow-ring surrounding the net, steps up onto it, and swan dives off — back arched, legs slightly bent, arms like a frog — to float, rising a dozen feet, to swoop and spin, to twirl and to halt in mid-air, solid, barely swaying.

My turn. Technique for raw amateurs is to kneel on that rubbery doughnut, and with arms crossed across the chest, fall forward. I do, dropping straight down to mash my face mask on the rope net. I grab it and hold on. “Stretch out your body,” Cheryl signs. I let go and stretch. Too much: The wind whips me away to slam onto the ring and crumple to the outside floor. Again I try but sail across, crashing again, groin flattened painfully across the ring. Again and again I try — flailing, spinning out of control, wrenching muscles, slamming into the net or ring or — once — the outer wall.

But gradually, with Stearns’ hand signals and mouthed signs, I sort of get the idea, and suddenly, maybe after a half hour, I stabilize — and by god, like those recurring dreams, I am flying, graceless as a fledgling, but flying.