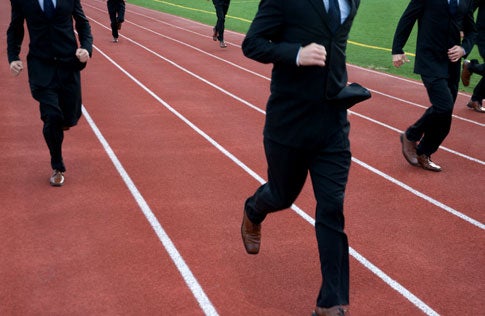 Like a flock of chickens hunting grubs and seeds, humans appear to be hardwired to follow a social pecking order. Researchers at the National Institute of Menal Health conducted an experiment in which subjects played a computer game for money. They were told they were competing simultaneously against others whom they couldn’t see and were assigned a rank based on their playing skill. In actuality, the results were entirely predetermined and the other participants were no one but the computer. Instructed to ignore the scores and pictures of the others, people playing the game were instead found to be closely attentitive to the others and their brain activity was highly influenced by the implied heirarchy.

The scenario was created to study how social status affects mental health and how the brain manifests those stresses. The authors cited a well-known study of British civil servants which found that the lowest ranking workers had the highest odds for developing heart disease and meeting an early death. As well, modern heirarchies in which those at the top are in constant fear of losing their power prove to be highly at risk for stress-related illness.