Cramming: Not A Long-Term Study Strategy

For studying to stick, psychologists say timing is everything 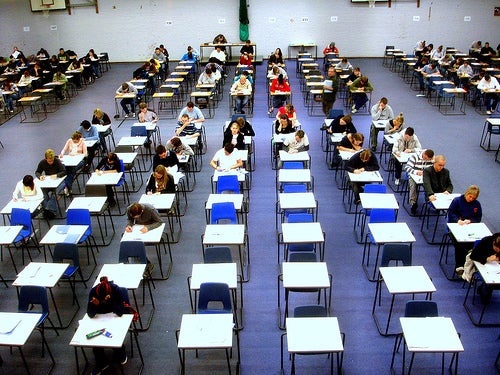 I challenge you: Name one fact you still remember from the last test for which you crammed.

If the ubiquity of immersion-style language programs, emergency test prep classes, bleary-eyed college kids and caffeine-fueled energy potions is any indication, cramming is a wildly popular study strategy. Professors frown upon it yet collude by squashing vast topics like “Evolution” or “World history 1914 to present” into the last week of a course. So is cramming effective or not? A new study by UC–San Diego psychologists confirms what you may suspect deep down: The answer is no. Hurried memorization is a hopeless approach for retaining information. But it’s not all bad news. The team offers a precise formula for better study habits, and it doesn’t necessarily entail dogged discipline and routine.

To arrive at their prescription, the scientists tested the “spacing effect” on long-term memory. In other words, they wanted to know how the time gap between study sessions influences the ability to remember material on test day. They asked 1,354 volunteers to memorize 32 trivial facts, such as “Who invented snow golf?” (Rudyard Kipling) and “What European nation consumes the most spicy Mexican food?” (Norway). Participants reviewed the answers anywhere from several minutes to several months after first learning them, and then were tested up to a year later.

The findings? Students perform better when they space their study sessions rather than when they try to cram everything into their noggins during one sitting. But for those who must cram, timing is everything. According to the researchers, if you have only one date on which to study, choose a day that’s closer to when you first learned the material than when you take the test—but not too close. For instance, if you have a French lesson on Monday and a quiz the following Monday, you should study on Wednesday for maximum retention. Tuesday is too early and Sunday is too late. (Procrastinators, find a different study.) “We find that the optimal time between two study sessions is roughly 10 percent of the time between the second study session and the final test,” explains Hal Pashler, one of the lead authors. If you want to remember something for a year, wait about a month to review what you learned.

Pashler suspects that most crammers don’t realize the error of their ways. “Even in the scientific community, cram-type summer courses on new research methods are extremely popular,” he told me in an email. “And I have never heard people who take these courses even notice the fact that they are a perfect prescription for rapid forgetting.”

The study appears in the November issue of the journal Psychological Science.