The Psychology of Karaoke Explained

Bad singers either don’t know it—or do, but sing anyway 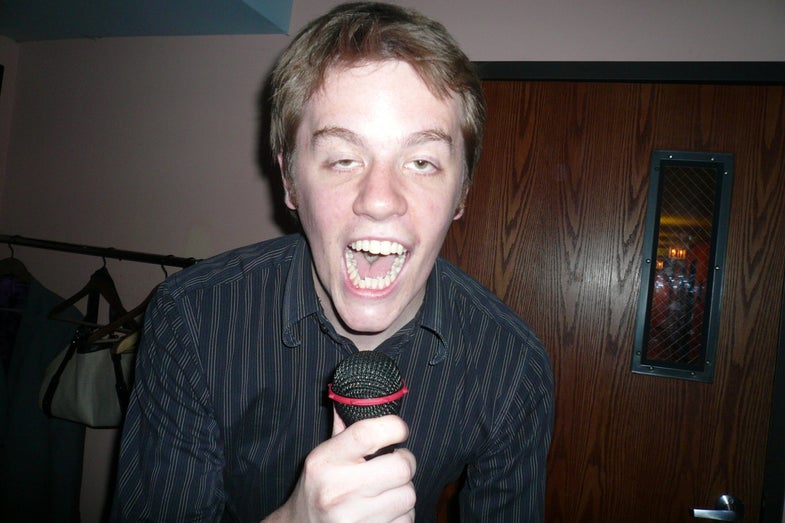 Researchers have confirmed the unfortunate karaoke phenomenon whereupon terrible singers either do not know they sing poorly—or do, yet still hog the stage with little regard for the audience’s ears or glassware.

Psychologist Simone Dalla Bella from Warsaw’s University of Finance and Management and his team asked 40 volunteers to belt out, a cappella, familiar songs such as Jingle Bells and Sto Lat, the Polish version of Happy Birthday. After a number of acoustic tests, the researchers discovered that most of the singers who couldn’t follow a song’s pitch and timing fell into the first of two phenotypes: they were tone deaf yet blissfully unaware of it. The remainder of the poor singers had no trouble judging a proper note, yet were unable to hit it themselves, and knew it.

A more surprising revelation from the team’s work, however, is that most people actually can sing. In an earlier experiment with Montreal colleagues, the researchers staged a “birthday bet” to get 42 people in a public park to croon a Quebecois birthday tune, Gens du Pays, to one of the researchers. Forty of the participants managed to sing on tune and on time, suggesting that singing is actually a universal human trait. Come karaoke time, this should be reassuring.

You can listen to examples of poor versus good singers from the series of experiments here. Dalla Bella will be presenting the work on July 2 at the Acoustics ’08 scientific meeting in Paris.