Powdered pig bladder made Lee Spievak's sawed-off finger grow back. Is this the future of medicine? 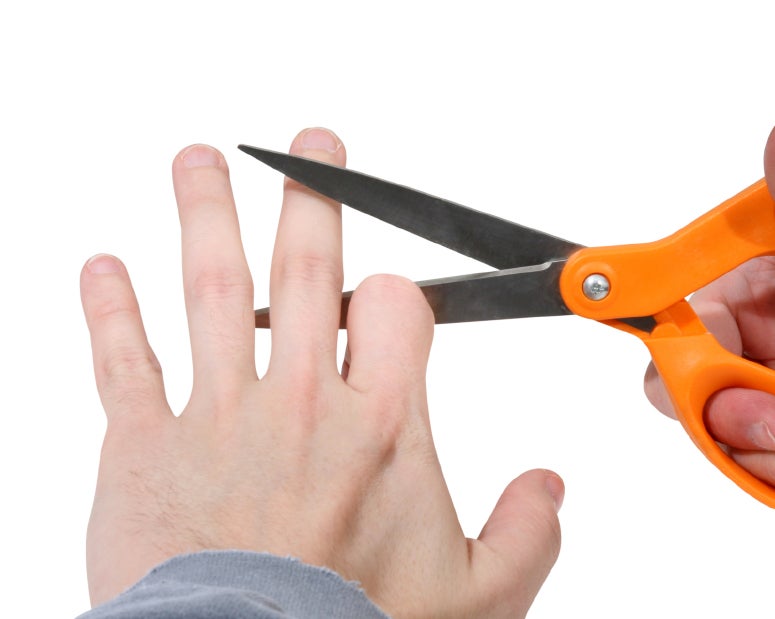 What do starfish, salamanders, and the Hulk have in common? They all have the power of regeneration. Starfish can regenerate their legs; salamanders can do that and a few better by regrowing their tail, and parts of their heart and eyes. The Hulk, well, the Hulk can regenerate it all. We ordinary humans are not so lucky. If we lose something, it’s gone for good, unless, that is, we happen to have a brother working in the field of regenerative medicine.

Last year, a man named Lee Spievak was working in a hobby shop when he accidentally put his finger into the blades of a spinning propeller on a model airplane. He lost half an inch of flesh, down to the bone. His doctors told him the severed portion would be lost for good. Fortunately for Spievak, his brother had access to a powered compound made from the cells lining the interior walls of a pig’s bladder.

Developed by a lab at the University of Pittsburgh, the powder—known as extra cellular matrix—tells tissue cells to grow rather than to scar. After about a month of daily application, Spievak’s entire finger had regrown and sealed up. The nail returned a short while later. Although his case is not part of any clinical trial, he is the first documented person to have experienced successful regeneration.

The researchers on the project emphasize that the technology still harbors many unknowns, not the least of which is the accidental encouragement of cancerous growth. But if Spievak’s results are any indication, the powder could prove to be a medical breakthrough on a grand scale.