Walk Through The Belly Of A Tornado In Virtual Reality

Seeing natural disasters unfold from the inside out 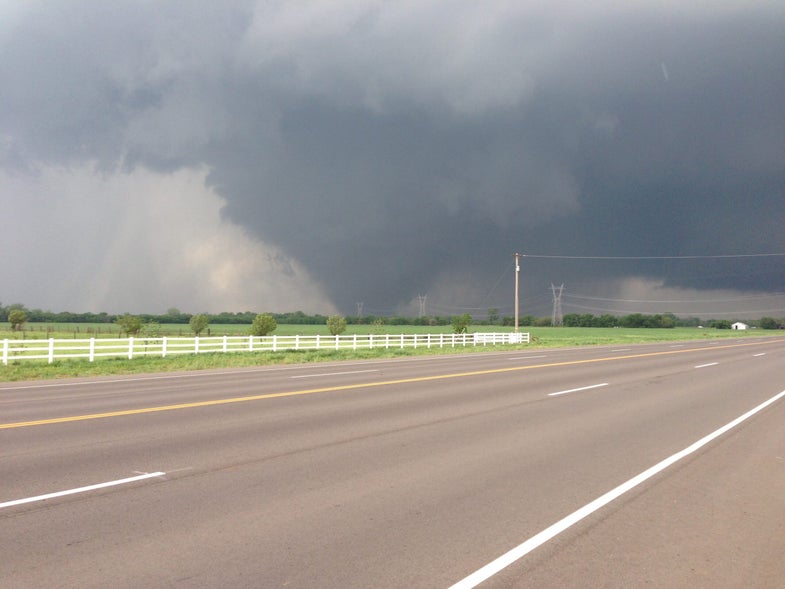 The tornado that struck Moore, OK in May 2013. Ks0stm/Wikimedia Commons CC SA by 3.0
SHARE

On May 20, 2013, a massive tornado slammed into Moore, Oklahoma, killing 24 people and leaving 353 injured, and causing nearly $2 billion in damage.

The tornado was determined to be an EF5, the most destructive type of tornado on the Enhanced Fujita classification scale. Because tornadoes are so short lived (and also really destructive) it is difficult for scientists to get a good look inside these disasters. But now, researchers at Virginia Tech are able to walk inside a virtual reality version of the Moore tornado, seeing the disaster from all angles. The researchers built the visualization using radar data taken during the storm.

While wearing an Oculus Rift headset, researchers can walk around inside a four-story tall theater on the Virginia Tech campus, transforming the room into the Moore, Oklahoma landscape. For the user, it’s like walking into a giant weather map, with various rain clouds virtually scattered about the space and an immense funnel that darts about the room. The experience, which New Scientist posted on YouTube is more akin to CNN holograms than Twister; there are no flying cows, and rain clouds appear as big blobs of different colors, just as they would on your local weather forecast.

Eventually, researchers hope that they can model storms using this technology in something close to real time–looking inside a storm as it develops. That way they can better predict how bad the tornado might be before it touches down. 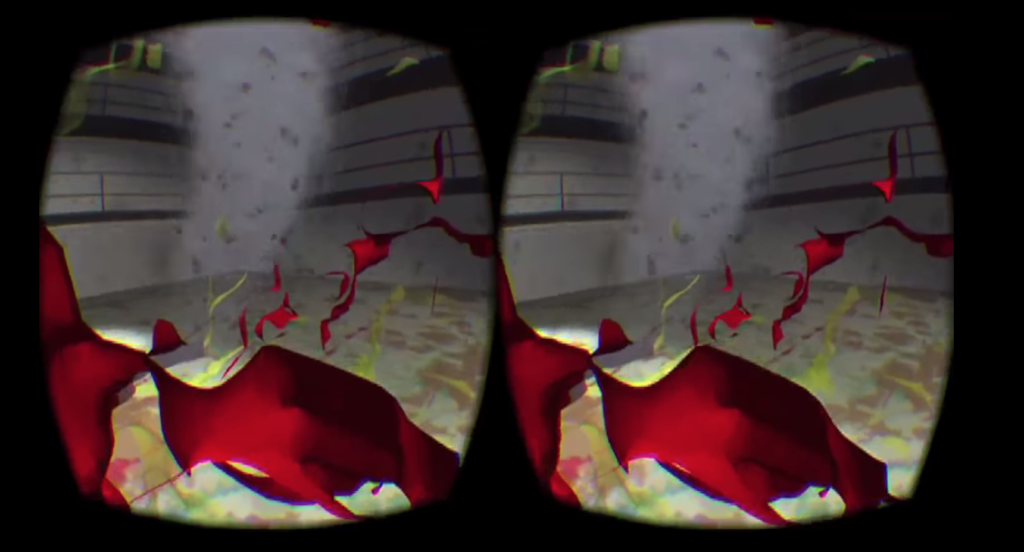 A view of the virtual reality simulation of the Moore tornado