Scientists Find No Obvious Signs Of Life In 100,000 Galaxies 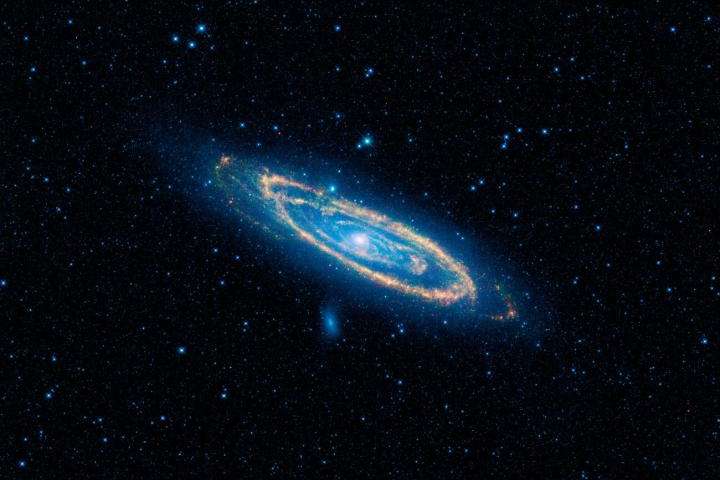 Just a week after NASA scientists announced their certainty of finding alien life within the next 20 years, a team of scientists say they’ve found no obvious signs of advanced extraterrestrial life after searching 100,000 galaxies.

How does one look for advanced alien life that’s so far away? The researchers used information from NASA’s WISE orbiting observatory to look for energy radiating away as heat. “The idea behind our research is that if an entire galaxy had been colonized by an advanced spacefaring civilization, the energy produced by that civilization’s technologies would be detectable in mid-infrared wavelengths,” says Jason T. Wright, a Penn State University professor who initiated the Glimpsing Heat from Alien Technologies Survey.

Wright explains that when an advanced civilization uses large amounts of energy, this energy must be radiated away as heat. “This same basic physics causes your computer to radiate heat when it’s turned on.” Roger Griffith, a Penn State researcher and the paper’s lead author, combed through nearly 100 million satellite detection entries in search of galaxies emitting too much mid-infrared radiation. He narrowed it down to 100,000 promising galaxies and found that about 50 of those have “unusually high levels of mid-infrared radiation.”

Wright says this means that out of the galaxies they examined, there aren’t any galaxies absolutely crawling with aliens. “These galaxies are billions of years old, which should have been plenty of time for them to have been filled with alien civilizations, if they exist,” he says. “Either they don’t exist, or they don’t yet use enough energy for us to recognize them.”

Even though there are no obvious signs of advanced life, there is still a chance aliens are out there. Wright says they plan to look more closely to determine if the generated heat is from natural sources or from advanced civilizations. “This pilot study is just the beginning.”