With Artificial Photosynthesis, A Bottle of Water Could Produce Enough Energy To Power A House

One of the interesting side effects of last year’s stimulus bill was $400 million in funding for ARPA-E, the civilian,... 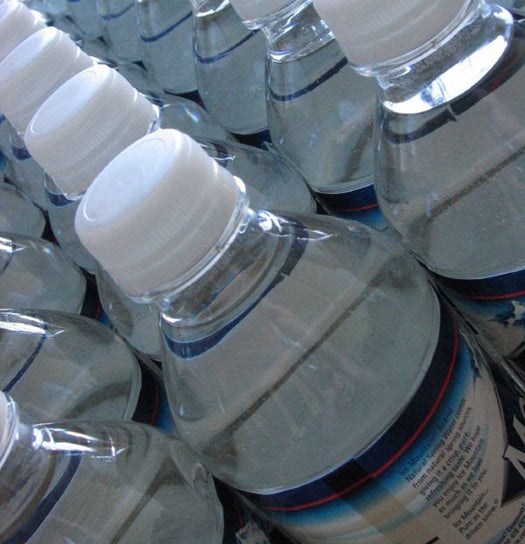 One of the interesting side effects of last year’s stimulus bill was $400 million in funding for ARPA-E, the civilian, energy-focused cousin of DARPA. And in this week’s first ever ARPA-E conference, MIT chemist Dan Nocera showed how well he put that stimulus money to use by highlighting his new photosynthetic process. Using a special catalyst, the process splits water into oxygen and hydrogen fuel efficiently enough to power a home using only sunlight and a bottle of water.

Like organic photosynthesis, Nocera’s reaction uses sunlight to convert carbon dioxide and water into oxygen and energy. However, whereas plants create energy in the form of sugars, this process creates energy in the form of free hydrogen. That hydrogen can either be recombined with the oxygen in a fuel cell to generate electricity, or converted into a liquid fuel.

In about four hours, water treated with Nocera’s catalyst can produce 30 kilowatt-hours of energy. Moreover, the process is cheap. So cheap, in fact, that Nocera has no problem envisioning a day when each house generates its own fuel and electricity from photosynthesis.

But don’t take my word for it. Check out this video and hear Nocera describe this process himself: