When shooting lasers at a nuclear fusion target, magnets give you a major energy increase. 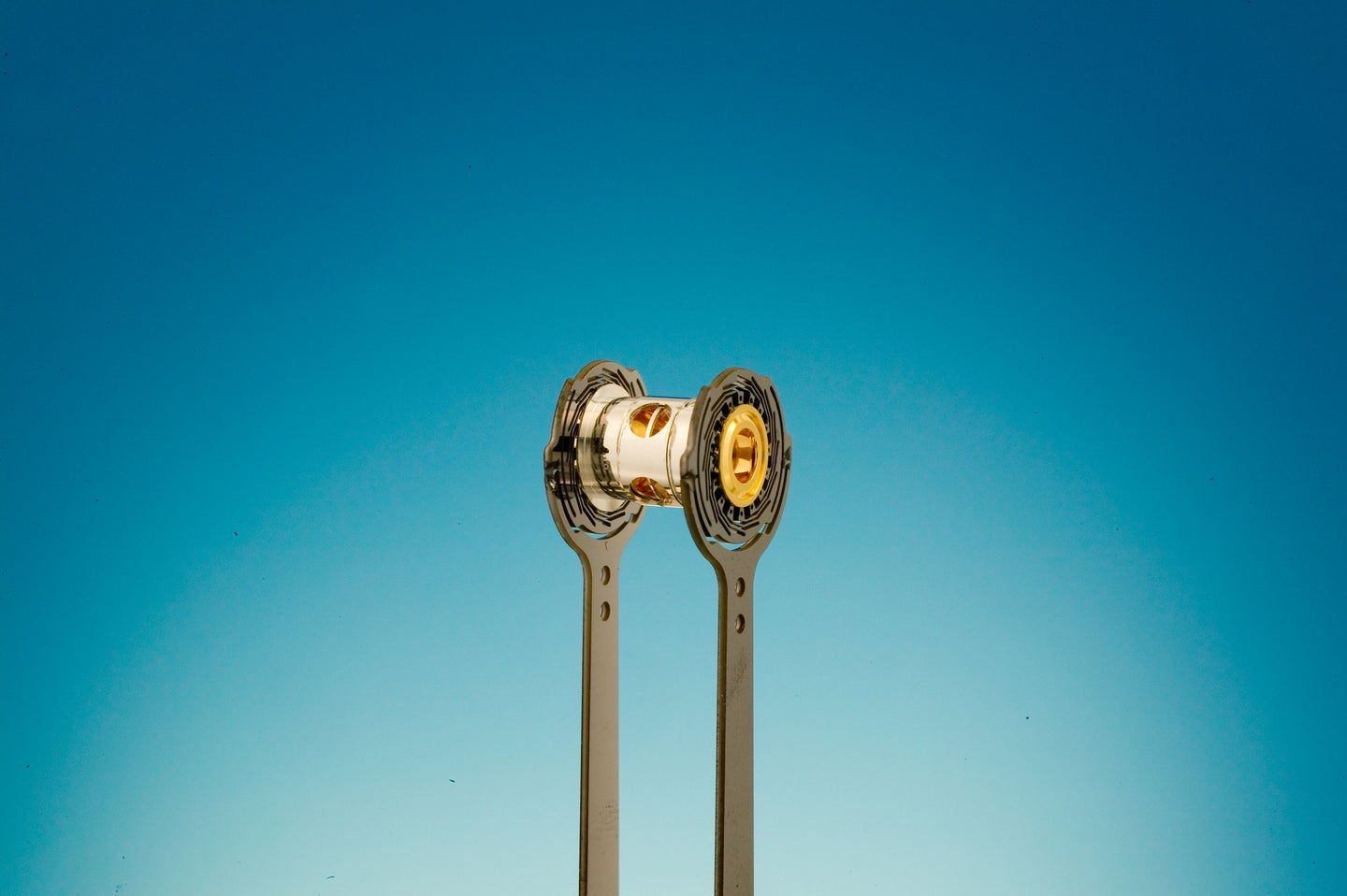 For scientists and dreamers alike, one of the greatest hopes for a future of bountiful energy is nestled in a winery-coated vale east of San Francisco.

Here lies the National Ignition Facility (NIF) in California’s Lawrence Livermore National Laboratory. Inside NIF’s boxy walls, scientists are working to create nuclear fusion, the same physics that powers the sun. About a year ago, NIF scientists came closer than anyone to a key checkpoint in the quest for fusion: creating more energy than was put in.

Unfortunately—but in a familiar outcome to those familiar with fusion—that world would have to wait. In the months after the achievement, NIF scientists weren’t able to replicate their feat.

But they haven’t given up. And a recent paper, published in the journal Physics Review Letters on November 4, might bring them one step closer to cracking a problem that has confounded energy-seekers for decades. Their latest trick: lighting up fusion within the flux of a strong magnetic field.

Fusion power, to put it simply, aims to ape the sun’s interior. By smashing certain hydrogen atoms together and making them stick, you get helium and a lot of energy. The catch is that actually making atoms stick together requires very high temperatures—which, in turn, requires fusion-operators to spend incredible amounts of energy in the first place.

Before you can even think about making a feasible fusion power plant, you need to somehow create more energy than you put in. That tipping point—a point that plasma physicists call ignition—has been fusion’s longest-sought goal.

The NIF’s container of choice is a gold-plated cylinder, smaller than a human fingernail. Scientists call that cylinder a hohlraum; it houses a peppercorn-sized pellet of hydrogen fuel.

At fusion time, scientists fire finely tuned laser beams at the hohlraum—in NIF’s case, 192 beams in all—energizing the cylinder enough to evoke violent X-rays within. In turn, those X-rays wash over the pellet, squeezing and battering it into an implosion that fuses hydrogen atoms together. That, at least, is the hope.

NIF used this method to achieve its smashing result in late 2021: creating some 70 percent of the energy put in, far and away the record at the time. For plasma physicists, it was a siren call. “It has breathed new enthusiasm into the community,” says Matt Zepf, a physicist at the Helmholtz Institute Jena in Germany. Fusion-folk wondered: Could NIF do it again?

As it happens, they would have to wait. Subsequent laser shots didn’t succeed at coming even close to that original. Part of the problem is that, even with all the knowledge and capabilities they have, scientists have a very hard time predicting what exactly a shot will do.

[Related: Nuclear power’s biggest problem could have a small solution]

“NIF implosions are currently showing significant fluctuations in their performance, which is caused by slight variations in the target quality and laser quality,” says John Moody, a physicist at NIF. “The targets are very, very good, but slight imperfections can have a big effect.”

Physicists could continue fine-tuning their laser or tinkering with their fuel pullet. But there might be a third way to improve that performance: bathing the hohlraum and its fuel pellet in a magnetic field.

Tests with other lasers, like OMEGA in Rochester, New York, and the Z-machine in Sandia, New Mexico—had shown that this method could prove fruitful. Moreover, computer simulations of NIF’s own laser suggested that a magnetic field could double the energy of NIF’s best-performing shots.

“Pre-magnetized fuel will allow us to get good performance even with targets or laser delivery that is a little off of what we want,” says Moody, one of the paper’s authors.

So NIF scientists decided to try it out themselves.

They had to swap out the hohlraum first. Pure gold wouldn’t do well—putting the metal under a magnetic field like theirs would create electric currents in the cylinder walls, tearing it apart. So the scientists crafted a new cylinder, forged from an alloy of gold and tantalum, a rare metal found in some electronics.

Then, the scientists stuffed their new hohlraum with a hydrogen pellet, switched on the magnetic field, and lined up a shot.

As it happened, the magnetic field indeed made a difference. Compared to similar magnetless shots, the energy increased threefold. It was a low-powered test shot, to be sure, but the results give scientists a new glimmer of hope. “The paper marks a major achievement,” says Zepf, who was not an author of the report.

Still, the results are early days, “essentially learning to walk before we run,” Moody cautions. Next, the NIF scientists will try to replicate the experiment with other laser setups. If they can do that, they’ll know they can add a magnetic field to a wide range of shots.

As with anything in this misty plane of physics, this alone won’t be enough to solve all of fusion’s problems. Even if NIF does achieve ignition, afterward comes phase two: being able to create significantly more energy than you put in, something that physicists call “gain.” Especially for a laser of NIF’s limited size, says Zepf, that is an even more foreboding quest.

Nonetheless, the eyes of the fusion world will be watching. Zepf says that NIF’s results can teach similar facilities around the world how to get the most from their laser shots.

Achieving a high enough gain is a prerequisite for a phase that’s even further into the future: actually turning the heat of fusion power into a feasible power plant design. That’s still another step for particle physicists—and it’s a project that the fusion community is already working on.