Listen to magnetic signals battle with a solar storm. 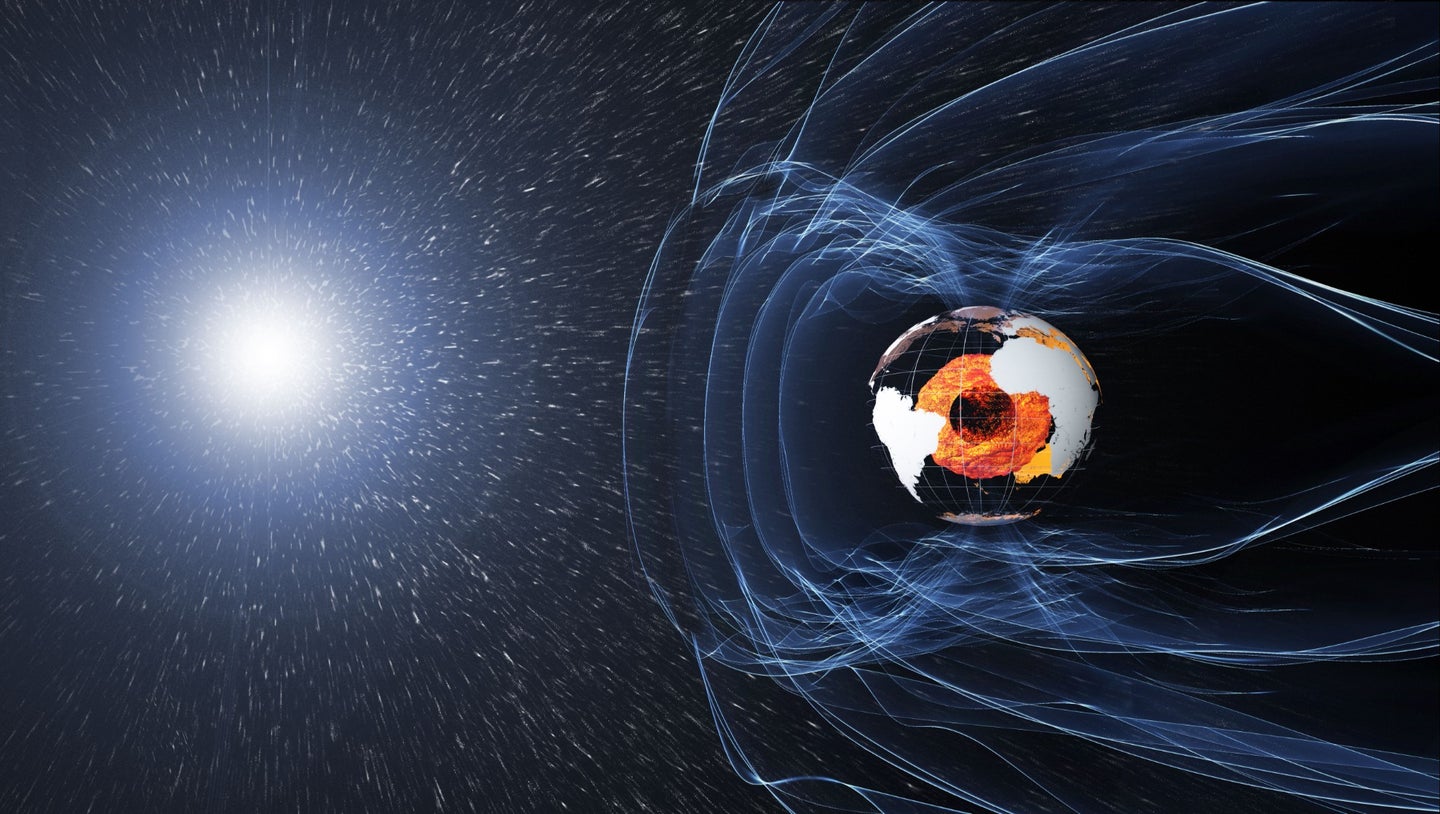 Our magnetic field protects us from cosmic radiation and charged particles that bombard Earth in solar winds. ESA/ATG medialab
SHARE

As the end of spooky season approaches, the icy cold and darkness of space has some extra scary vibes to offer to anyone willing to listen very closely. Researchers at the Technical University of Denmark in Lyngby have converted the radiofrequency signals from Earth’s magnetic field into sounds. The signals were measured by the European Space Agency’s (ESA) Swarm satellite mission. Take a listen.

The moody sound bite comes from the magnetic field generated by Earth’s core and its interaction with a solar storm. Earth’s magnetic field is essential to life on the planet, but it isn’t something that we can typically see or hear. It’s basically a shield that protects the planet from the cosmic radiation and charged particles coming from solar winds.

According to the ESA, “Our magnetic field is largely generated by an ocean of superheated, swirling liquid iron that makes up the outer core around 1,864 miles beneath our feet. Acting as a spinning conductor in a bicycle dynamo, it creates electrical currents, which in turn, generate our continuously changing electromagnetic field.”

In 2013, the ESA launched three Swarm satellites for a mission to help decode how Earth’s magnetic field is generated by precisely measuring the radiofrequency signals coming from the planet’s core, mantle, crust, and oceans, as well as from the ionosphere and magnetosphere. Swarm is also helping scientists better understand space weather.

“The team used data from ESA’s Swarm satellites, as well as other sources, and used these magnetic signals to manipulate and control a sonic representation of the core field,” explained musician and project supporter Klaus Nielsen, from the Technical University of Denmark, in a statement. “The project has certainly been a rewarding exercise in bringing art and science together.”

The team set up 30 loudspeakers to play the sounds in Solbjerg Square in Copenhagen until October 30, with each speaker representing a different spot on Earth to demonstrate how the planet’s magnetic field has fluctuated over the past 100,000 years.

“The rumbling of Earth’s magnetic field is accompanied by a representation of a geomagnetic storm that resulted from a solar flare on November 3, 2011, and indeed it sounds pretty scary,” added Nielsen.

According to the scientists, the intention isn’t to spook people, but use the sounds as a clever way to remind us that Earth’s magnetic field exists and has a pull on our lives.