The climate crisis is here, but you wouldn't necessarily know that from high school required reading. 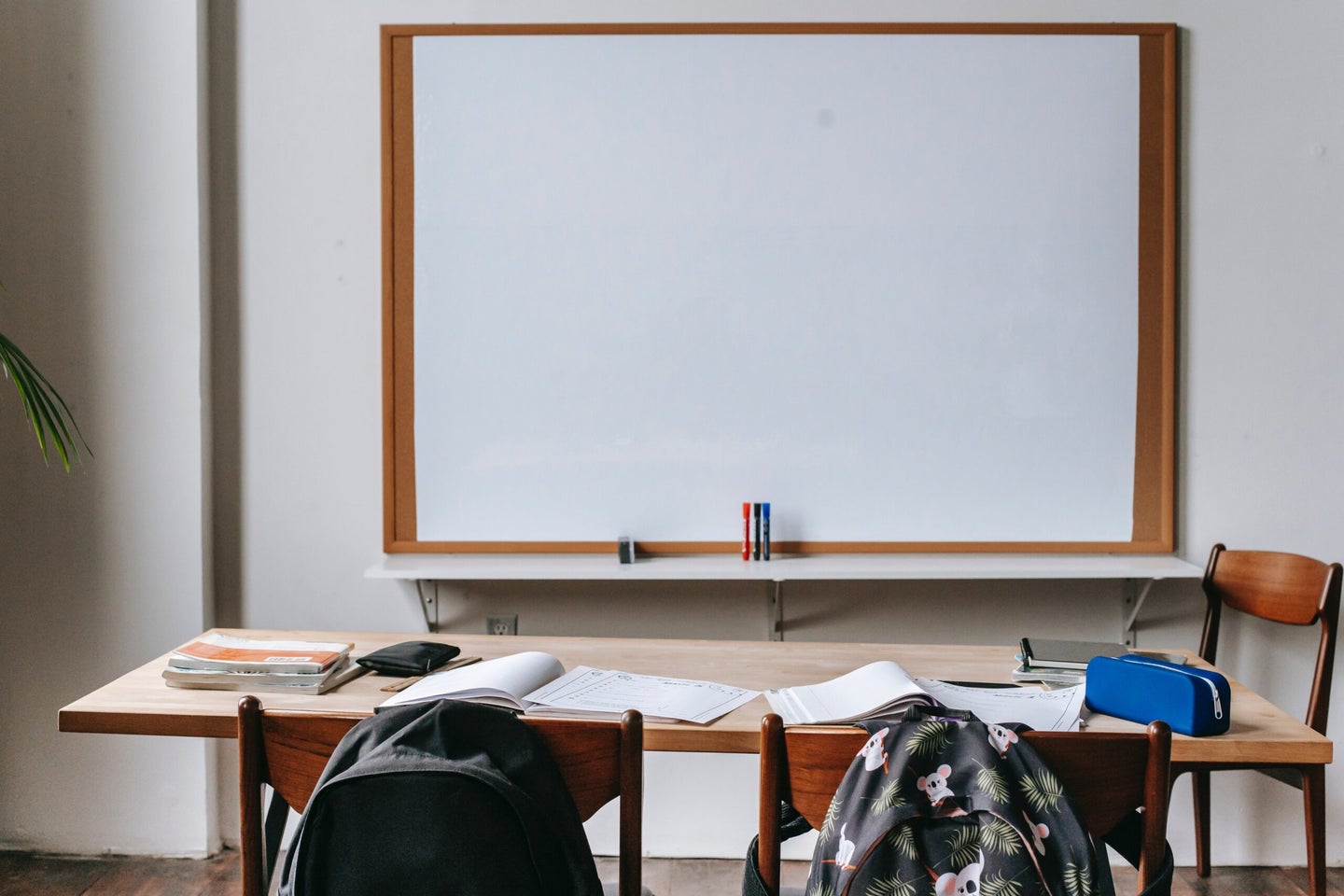 What kids do, and don't, learn about the climate crisis could impact them into adulthood. Katerina Holmes from Pexels
SHARE

The following is an excerpt from Miseducation: How Climate Change is Taught in America by Katie Worth.

A middle-schooler who thumbed through the pages of iScience—a textbook that as of 2018 sat on the shelves of a quarter of American middle-school science classrooms—could be forgiven for closing the book with some big questions about recent climate change.

At the start of an eight-page section devoted to the subject, she would read that, “Average temperatures on Earth have been increasing for the past hundred years.” That would be one of the textbook’s only definitive statements on the subject. What has caused the warming? “Although many scientists agree with” the UN’s conclusion that human industry has caused it, “some scientists propose that global warming is due to natural climate cycles.” Is it a good thing or a bad thing? “A changing climate can present serious problems for society,” the book states, listing several. “However, climate change can also benefit society. Warmer temperatures can mean longer growing seasons. Farmers can grow crops in areas that were previously too cold.”

In some places in the textbook series, climate change seems conspicuously absent. A chapter titled “Earth’s Atmosphere” makes no mention of the recent state of Earth’s atmosphere. A table on the pros and cons of renewable energy fails to mention their role in reducing carbon emissions. One lesson on coral reefs and another on polar bears each explain that they face grave danger but omit the cause of the threat. A lesson about Hurricane Katrina titled “Is there a link between hurricanes and global warming?” looks promising, but then seemingly discourages students from wrestling with the query: “Perhaps the better question is not what caused Hurricane Katrina, but how we can prepare for equal-strength or more destructive hurricanes in the future.”

When the books do bring up recent climate change, they tend to provide accurate information cloaked in irresolute language. A section on nonrenewable energy says carbon dioxide “is suspected of contributing to global climate change.” Another chapter says “there is evidence that present day Earth is undergoing a global-warming climate change. Many scientists suggest that humans have contributed to this change.” Mights and coulds abound: “More carbon dioxide in the atmosphere might cause average global temperatures to increase. As temperatures increase, weather patterns worldwide could change.” This wouldn’t be notable if the textbooks described other phenomena with the same qualified language, but they don’t.

For better or worse, textbooks exert considerable power over public education in America. We grow up believing textbooks to be an authoritative source. Many teachers look to them for guidance on what to teach and in what order, particularly when they don’t feel confident in their own knowledge of a subject. Even as teachers increasingly turn to online materials, textbooks still reign over classroom learning. Per a 2018 survey, teachers in just 9 percent of high-school science classes claim never to use a textbook.

There’s a lot of money to be made producing textbooks for the other 91 percent. One industry tracker valued the 2018 market for science textbooks and other K–12 classroom materials at $885 million. The market is made up of dozens of publishers, but three dominate: McGraw Hill Education, Houghton Mifflin Harcourt, and Pearson K12 Learning (now Savvas Learning Company). Together, their products made up 79 percent of the textbooks in middle-school science classrooms in 2018.

iScience was McGraw Hill’s major middle-school science product of the last decade. First published in 2012, the most recent editions have a 2020 copyright. Throughout, the eight-page section with contradictory language on climate change has endured virtually verbatim, even as other parts of the books were rewritten.

How was the distorted language on climate change written into iScience? Getting to the bottom of this question was no small task, since the books’ title pages enumerated thirty-two authors, four consulting authors, twenty-five series consultants, twenty-six series reviewers, and twelve teacher advisors—a list that did not include in-house editors at McGraw Hill. I pieced together that though iScience was first published in 2012, people at McGraw Hill began work on it as early as 2007. They reviewed the latest state standards and gathered feedback from sales reps and teachers about what should change from their old content. Then they wrote a thorough outline for the books and contracted freelance writers to fill those outlines with content.

McGraw Hill is also marketing and selling a second set of books. In 2019, the publisher announced a new K–12 science series called Inspire Science, designed to align with the Next Generation Science Standards. Sophisticated climate educators could find fault with its treatment of the subject, but it certainly treats the climate crisis far more thoroughly, directly, and accurately than its predecessor.

Pearson’s high-school Earth-science textbooks do something even worse. The book comes in two versions by the same authors, one for a general-education Earth-science class and the second for an advanced class. The gen-ed version devotes two pages to recent climate change. The advanced version devotes ten pages to it. This bifurcated approach has a bifurcated effect: Advanced students are thoroughly educated about the phenomenon shaping their world, while students enrolled in “rocks for jocks” are asked to decide for themselves if it’s even happening.

Now, a divide is opening. Publishers like McGraw Hill create and market two separate products: One, textbooks like Inspire Science; the other, “legacy” textbooks like iScience. The loose red-blue partisan divide between states whose standards accept climate science and those whose standards avoid it informs the textbooks they adopt. Ideology trickles from elected officials through education departments and into classrooms. Accurate information about climate change thus becomes the purview of children living in liberal states, while children living in conservative states are frequently provided fodder for denial.

Adapted from Miseducation: How Climate Change is Taught in America by Katie Worth with permission from Columbia Global Reports. All other rights are reserved.