Dragonflies process light and dark a little differently than the rest of us. 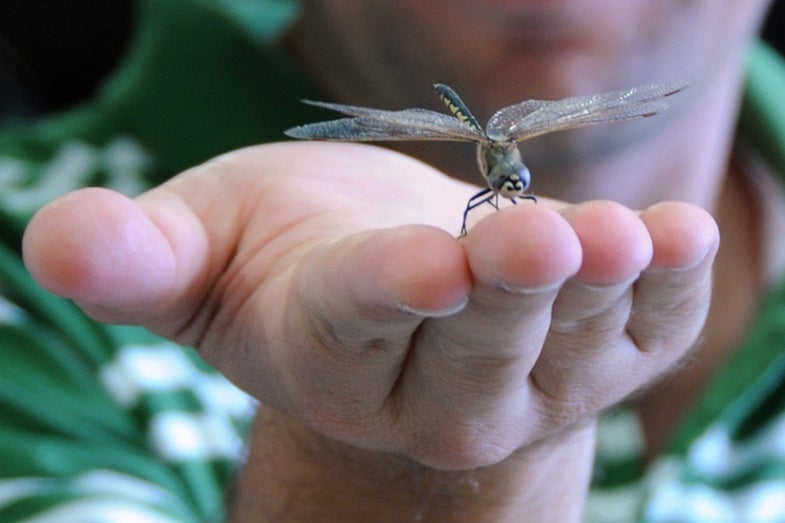 New research into the visual system of dragonflies could one day improve target detection and tracking in robotics, according to a pair of Australian researchers.

Steven Wiederman and David O’Carroll from the Center for Neuroscience Research at the University of Adelaide in Australia have been studying insect vision in the hopes of improving artificial vision for robotics and to develop neural prosthetics. They’ve found that dragonflies have an unusual visual circuit that allows them to see dark moving objects.

Visual processing in most animals, both vertebrates and invertebrates, consists of two channels that process light and dark separately, called ON and OFF channels.

“Most animals will use a combination of ON switches with other ON switches in the brain, or OFF and OFF, depending on the circumstances,” according to Wiederman, lead author of the study in the Journal of Neuroscience. The dragonfly, in contrast, uses a combination of both ON and OFF switches to see dark objects. It’s possible that other animals use this type of circuit as well, and this is just the first time scientists have discovered it.

It allows dragonflies to respond to dark moving targets, like potential prey, much better than the researchers expected.

Wiederman and O’Carroll hope to translate their new knowledge of how dragonfly visual circuits work into an autonomous robot that would mimic the insect’s vision and movement.