The bandage is inspired by the spiny proboscis of the intestine-infecting Pomphorhynchus laevis. 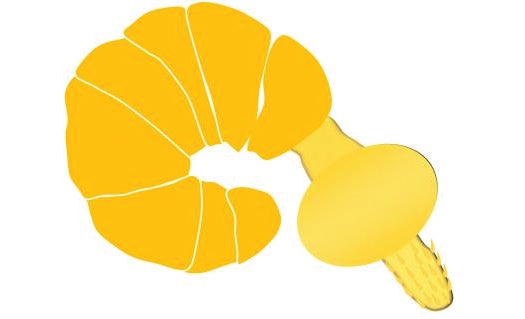 Scientists have built a better bandage that’ll stick to you like a leech. Literally. The new prototype adhesive bandage sticks even to wet skin, using a technique inspired by a parasitic worm that attaches itself to the insides of its hosts’ intestines. Yum.

In the future, for certain surgeries, the bandage could replace stitches, staples and adhesive tapes that are already on the market, the bandage’s inventors wrote in a paper they published today in the journal Nature Communications. Compared to sutures and staples, the bandage is quicker and easier to use, and it sticks better than other tapes, they wrote. In addition, its surface of small spines could inject drugs into the skin, they said.

The inventing team, including researchers from universities and hospitals in the Boston area, got their inspiration from a worm that infects freshwater fish. The worm, Pomphorhynchus laevis, has a spine-covered proboscis on top of its head. The body part looks a bit like a small cactus. When it infects a fish, the worm plunges its proboscis into the fish’s intestinal wall, and then, using muscles, plumps up the “cactus,” giving it a firm grip inside the fish’s tissue. 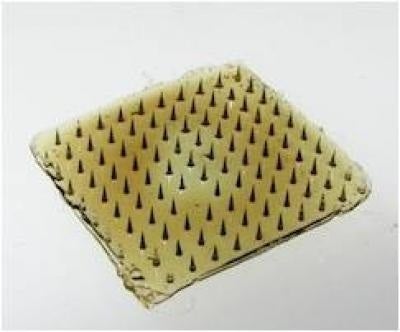 The new bandage is covered with a neat array of tiny spines made of a special combination of plastics. The spines are normally stiff and easily pierce the skin. Once the spines contact water inside the skin, however, they plump, locking themselves inside the skin. In experiments done on pigs, the bandage held 3.5 times better than surgical staples.

Although this pierce-and-plump method sounds painful, the new bandage actually damages the skin minimally because the spines are small and don’t penetrate into the skin very far, the Boston team wrote. Removing the bandage also is minimally damaging compared to other surgical stitching techniques, they said.

Brigham and Women’s Hospital via EurekAlert