Science Confirms The Obvious: Fast Food Is Pretty Bad For You 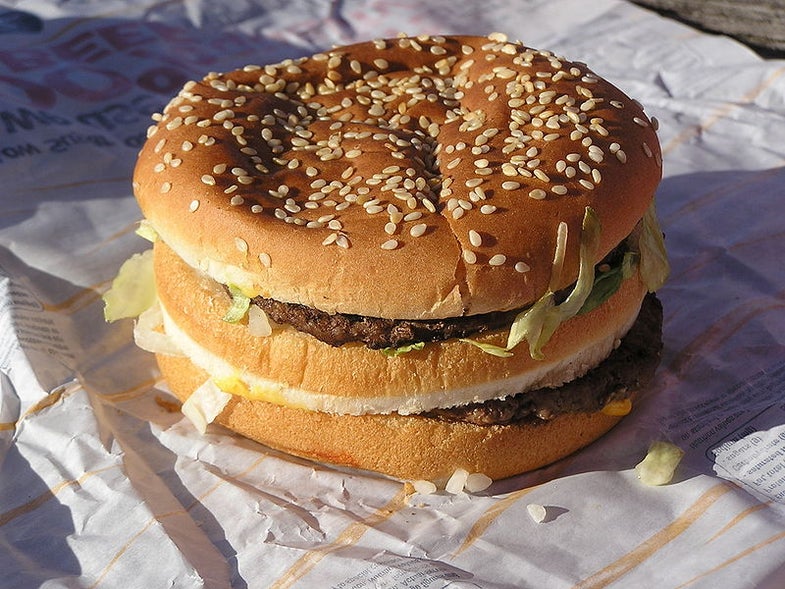 A new study in the American Journal of Preventive Medicine takes a look at a host of popular American fast-food establishments to see if they’ve improved, nutritionally, in the past decade and a half. They have! Technically! Also technically: they are still way below average.

The team used the Healthy Eating Index, a tool created by the US Department of Agriculture that essentially measures how well a given diet matches up with a list of dietary guidelines, also created by the Department of Agriculture. The HEI, as it’s usually called, awards points for a diet that includes more of certain items (dark green vegetables, whole grains, seafood) and also points for less of other items (refined grains, sodium, and the vague “empty calories”). The average American diet scores in the low 50s, typically, which is, um, not good, considering that the scale is out of 100.

The HEI began in 1995, and eight key fast-food restaurants, including McDonald’s, Wendy’s, Taco Bell, KFC, and the other biggies, have HEI data starting in 1997. The study compares that score with a new score from the 2009/2010 year, and finds that over those 14 years, the scores barely rose. In 1997, those restaurants averaged a score of 45; 14 years later, they averaged 48. Still below average, and still pretty awful, despite new menu items like salads and wraps entering the menu. Maybe because those salads aren’t actually healthful at all?

An accompanying article says, “this tiny increase is disappointing, and a bit surprising.” Well, maybe not surprising.