There Are Way More Blood Types Than You Think

Researchers at the University of Vermont have discovered two new proteins on red blood cells that confirm the testable existence... 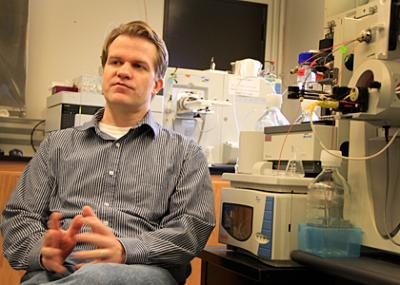 Researchers at the University of Vermont have discovered two new proteins on red blood cells that confirm the testable existence of two new blood types. It’s an important discovery, one that’ll greatly reduce the risk of incompatible blood transfusions among tens of thousands of people. But what we were more struck by in this press release was the fact that these two new blood types–named Junior and Langereis–bring the total number of recognized blood types up to 32. 32!

Turns out there’s much more than just A, B, AB, and O: there are now 28 other, rarer types, often named after the person in whom they were discovered. These rarer types are identified by the presence of a particular group of antigens (substances that tell your immune system to send out antibodies), and many, like the Kell and MNS blood types, can actually be concurrent with more common blood types like A or O.

But the discovery of new blood types is pretty rare; the last new one was discovered more than a decade ago. So it’s big news that two were discovered at the same time. The Junior and Langereis groups are particularly prevalent in East Asia, especially Japan. Says University of Vermont biologist Bryan Ballif: “More than 50,000 Japanese are thought to be Junior negative and may encounter blood transfusion problems or mother-fetus incompatibility.”

The study appears in the February issue of Nature Genetics.