A Rethought Calendar Makes Each Year Identical to the One Before 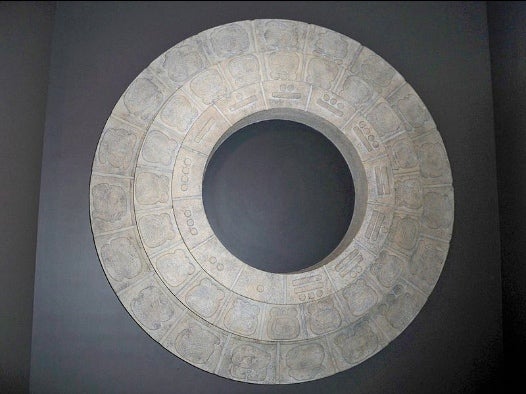 A Rethought Calendar Makes Each Year Identical to the One Before. Smithsonian via Wikimedia
SHARE

As the calendar turns over to a new year, a couple of researchers over at Johns Hopkins University are rethinking the way we tick off the days during our annual trip around the sun. The duo has devised a new yearly calendar in which each 12-month period is identical to the one before–meaning if your birthday is on a Monday one year, it’s on a Monday every year–until the end of time.

The Hanke-Henry Permanent Calendar–named for Richard Conn Henry and Steve H. Hanke at JHU, the researchers behind the reformed calendar–isn’t just a realignment of the way we count days, but a simplification of the overall economic rhythm of the world. All the time and effort spent adjusting calendars and schedules every year to accommodate shifting days of the week could be saved, they argue. The man hours and money saved by a uniform year would be tremendous.

The calendar consists of the same 12 months as the current Gregorian year, but the months have been adjusted subtly to make each quarter exactly 91 days long–two 30-day months and one 31-day month. That means September, June, March, and December would become the long months, while February would gain a couple of days.

Speaking of February, leap years would be dropped from the calendar completely. To make up for the remainder days (each Earth year is 365.2422 days long, and that remainder must be accounted for to keep the seasons from wandering out of sync with the months), Hanke and Henry propose adding a week to the end of December every five or six years to bring everything back into alignment.

In doing so, they wouldn’t disturb the carefully curated order that keeps days of the seven-day week aligned with the same dates each year. That’s key, they say, because most attempts to reform the calendar have failed because of objections to breaking up the seven-day week (it doesn’t matter what Sabbath you celebrate, you still have to keep it holy–therefore, you need that traditional seven-day week).

For all of its perceived benefits the Hanke-Henry calendar still doesn’t explain why the NCAA Football Championship always falls on a Monday night, but nobody’s perfect. There’s a lot more about the concept calendar here, including a proposed timetable for its adoption (the proposed date is Jan. 1, 2017) and an argument for switching to a universal clock that dispenses with time zones, daylight savings, and the like.