New Species of Dolphin Discovered Off the Coast of Australia

A new species of dolphin was discovered by Australian zoologists off the coast of Melbourne, after they realized the 150... 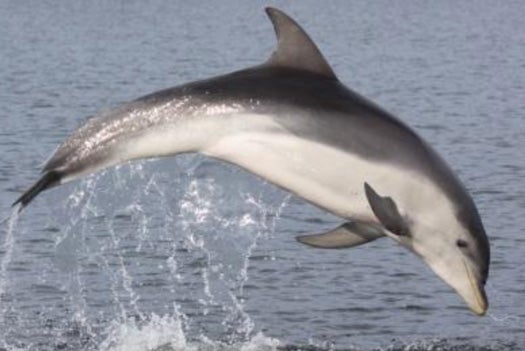 A new species of dolphin was discovered by Australian zoologists off the coast of Melbourne, after they realized the 150 or so porpoises that were previously thought to be bottlenose dolphins actually differed significantly in skull shape and DNA. That, kids, is why you should always double-check your homework. Or, you know, dolphin skull shape. Same thing.

While they may appear similar, there is actually a “deep evolutionary divergence” between the newly-found dolphins and other Tursiops (bottlenose) species, as the researchers outline in the journal PloS One. Their skull shape is different, their rostrum, or nose, is “stubbier,” and they have a banded coloration, unlike the mottled coloration of the bottlenose.

The new dolphins, one of only three species of dolphins formally detailed since the 1800s, will be known officially as Tursiops australis, but their common name will be the Burrunan dolphin. Burrunan comes from a word in an Aboriginal Australian that means, oddly specifically, “name of a large sea fish of the porpoise kind.” One of the two known colonies of Burrunan dolphins is located in Port Philip Bay, where the Boonwurrung people have lived for over 1000 years.

No word on whether the dolphins take part in the hottest new dolphin trend, conching. We will continue to bring you the latest dolphin news as it breaks.