MIT researchers have made assembling artificial organs look like child’s play by devising a novel approach to tissue engineering that... 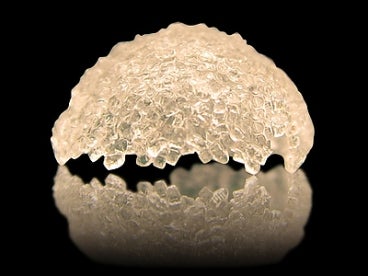 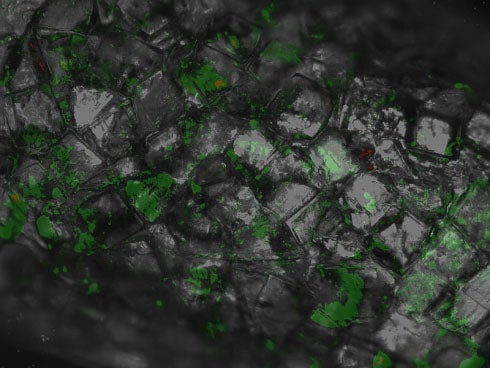 MIT researchers have made assembling artificial organs look like child’s play by devising a novel approach to tissue engineering that encapsulates living cells in polymer cubes and assembles them like Lego blocks. The method, which requires no highly specialized equipment, could overcome major obstacles in artificial organ manufacture, making it possible to assemble complex 3-D structures out of living tissue cells.

Dubbed “micromasonry,” the process solves one of the biggest problems facing tissue engineers: Getting cells grown in a lab to assemble into three-dimensional shapes. To break down tissue into single-cell building blocks, researchers have to dissolve the extracellular mortar that normally binds them together. But once that glue is removed, it’s quite difficult to get cells to reassemble into the complex structures that make up our natural tissues.

But while cells aren’t easily stackable, building blocks are. So the MIT team figured out a means to encapsulate living cells in polymer cubes. They bathed the cells in polyethylene glycol (PEG), a liquid polymer that turns to gel when illuminated. Exposing PEG-coated cells to light causes the coating to harden into cubes, some as small as 100 millionths of a meter along the side.

From there, it’s a simple matter of arranging the blocks in the shape the engineer needs using templates made of a silicon-based polymer. A second coat of PEG over that scaffold/cell combination holds everything in place, and a second dose of illumination solidifies the structure. The template can then be removed and the cells are stuck in whatever 3-D orientation the template dictates.

The MIT team already used this method to build tiny tubes that could be used as capillaries, and they are looking into using the technology to construct an artificial liver or rebuild cardiac tissue. They’re also looking into different cell types and different polymers that could work with those different cells. They could be only scratching the surface here. If the research leads to a reliable way to construct organs in the lab from a patient’s own cells, the average wait time for an organ transplant could drop from “interminable” to the amount of time it takes engineers to stack some tiny building blocks in the lab.