Get your designer life forms here! 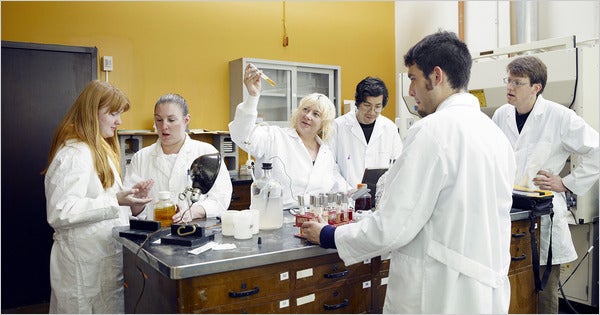 A new generation of scientists hope to become genome hackers who redesign organisms to become living tools, capable of creating diesel fuel or producing anti-malarial drugs. That synthetic biology revolution has led to a can-do spirit of innovation that has fueled MIT’s International Genetically Engineered Machine Competition, known as iGEM for short. The New York Times has traced the route to iGEM by following a community-college team from the City College of San Francisco, as the group tries to build a bacteria-based battery powered entirely by the sun for iGEM. It’s a great overview of one of the more exciting scientific fields today.

Genetic engineering has traditionally focused on swapping out single genes at a time. But synthetic biology represents something much wilder and more radical. Rather than cut-and-paste, synthetic biologists hope to create entirely new genetic code assembled from an open-source repository of snippets of working genes called “BioBricks.” Assembling them like legos, the new sets of custom genetic code can then be re-inserted into bacteria or other organisms, modifying their fundamental behaviors and life cycles. This opens the door for scientists to engineer entirely new living organisms.

Synthetic biologists of all stripes already have a large set of genetic parts to work with. MIT has assembled an open-source library, called the Registry of Standard Biological Parts, that holds more than 5,000 BioBricks. iGEM teams have contributed the BioBricks from their projects, but they can also make use of the library for future work.

Scientists from Stanford University and the University of California-Berkeley have also launched their own open-source genetic lab called Biofab. They hope to identify thousands of molecules and processes that would allow them to efficiently assemble DNA parts in the lab, which would then become available for free to any would-be visionaries.

There’s hardly any limit to the early ambitions of synthetic biologists. Even the Pentagon’s mad scientists at DARPA have expressed the wish to immortal living organisms with genetically encoded kill-switches. But iGEM teams seem intent on more practical or at least achievable goals for now, including a seizure-inducing fluorescent Mario based on glow-in-the-dark bacteria.

Head over to the NYT for a great read: