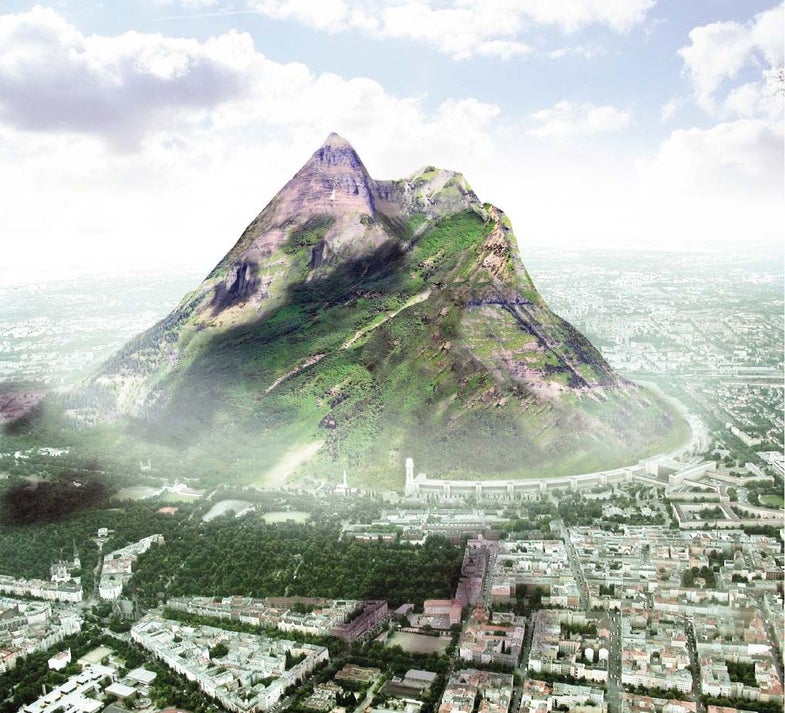 Berliners may soon get more to see on the horizon than just construction cranes, if a German architect realizes his massive vision. The world’s largest artificial mountain could sit on the spot currently occupied by Tempelhof airport, and provide a natural getaway for Berliners and tourists alike. Did we also mention the fine skiing opportunities from September through March?

Architect Jakob Tigges has named his 1,000-meter-tall mountain “The Berg,” which may conjure up images of some bygone World War II-era redoubt. But the idea supposedly has many supporters among Berlin residents, and we have to admit that it’s a novel way of one-upping all those other cities focused on having the tallest buildings. 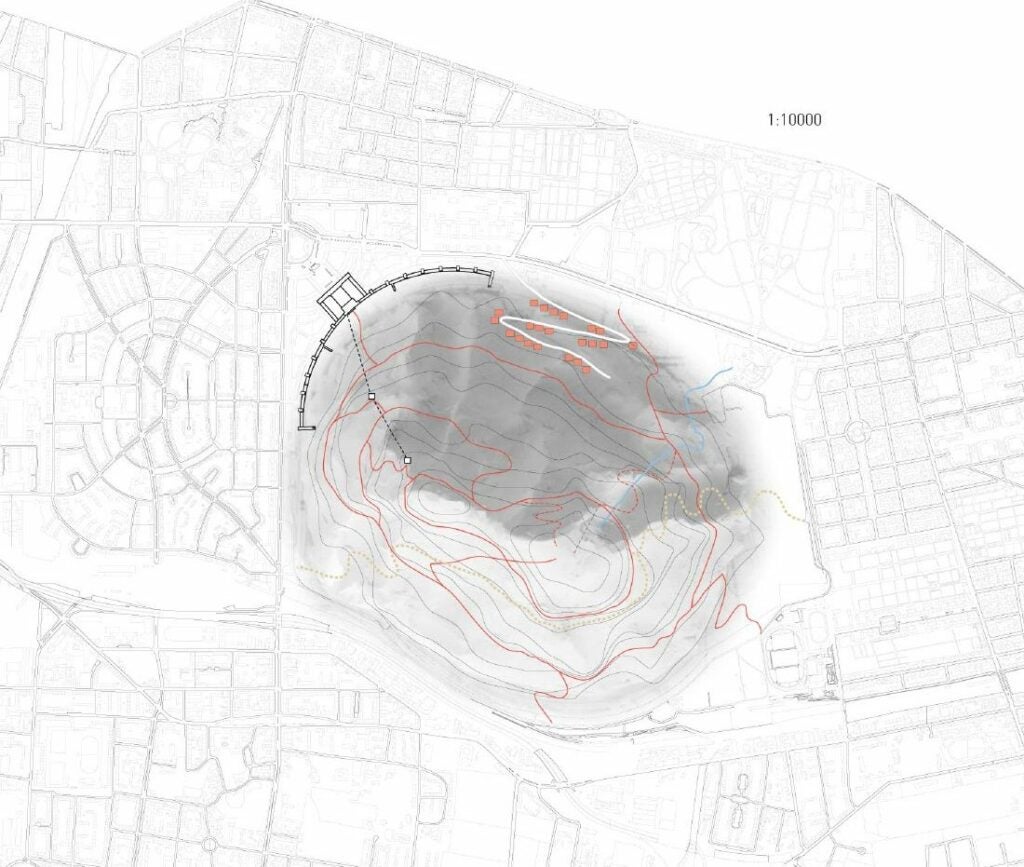 The layout for the would-be world’s largest artificial mountain

If you’re not sold on the awe-inspiring grandeur of this mountain, we’ll let the “Berg manifesto” speak for itself — and throw in some smack talk about other German cities in the bargain.

Hamburg, as stiff as fat, turns green with envy, rich and once proud Munich starts to feel ashamed of its distant Alp-panorama and planners of the Middle-East, experienced in taking the spell off any kind of architectural utopia immediately design authentic copies of the iconic Berlin-Mountain.

Perhaps something was lost in the translation there. Either way, we’re looking forward to the next Bond movie where 007 rallies the neighborhood associations and fights a morass of city zoning laws to stop … “The Berg.”